Belarusian athlete Krystsina Tsimanouskaya said on Sunday that she was forced to suspend her participation in the Tokyo Olympics and leave Japan, after criticizing her federation for… 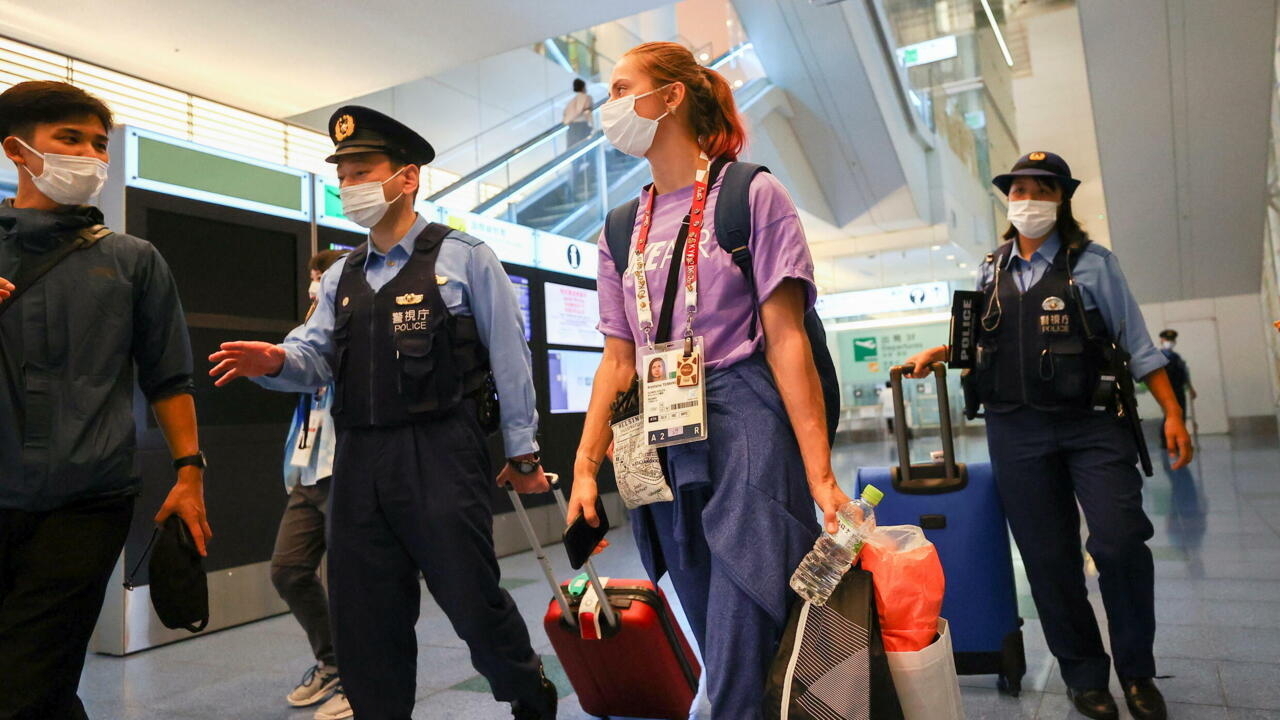 Belarusian athlete Krystsina Tsimanouskaya said on Sunday that she was forced to suspend her participation in the Tokyo Olympics and leave Japan, after criticizing her federation on social networks.

I ask the International Olympic Committee to help me, I have been pressured and they are trying to get me out of the country without my consent,

" said the 24-year-old athlete in a video on Instagram.

I ask that the IOC intervenes,

According to the Belarusian Sports Solidarity Foundation, Krystsina Tsimanouskaya was at the Haneda airport in Tokyo, terminal 3 on Sunday evening. "

The Belarusian athlete is being evacuated from Tokyo by force,

" said this Foundation on Telegram , specifying that he had requested the intervention of the Japanese police to prevent this departure. The Foundation then assured that the young woman had been placed under police protection and that a representative of the Japanese Ministry of Foreign Affairs was going to the airport to meet her. The athlete plans to apply for political asylum at the Austrian embassy in Tokyo, according to the same source.

The athlete said in the evening to be "

I am safe and we are deciding where I am going to spend the night,

" the athlete said in a statement posted on Telegram by the Belarusian Sports Solidarity Foundation.

She said she was in a police station at Tokyo airport.

Criticism against the Belarusian federation

For its part, the Belarusian Olympic Committee headed by Viktor Loukachenko, son of President Alexander Loukachenko, assured in a statement that the sportswoman had to suspend her participation in the Olympics on "

decision of the doctors, because of his emotional and psychological state

". A statement immediately qualified as a "

" by the athlete in front of the press at the airport.

Krystsina Tsimanouskaya fiercely criticized the Belarusian Athletics Federation this week, claiming that she was forced to participate in the 4x400m relay, when she was initially supposed to run the 100m and 200m because two other athletes did not have carried out a sufficient number of doping controls, she said. “

I would never have reacted so harshly if I had been told in advance, explained the whole situation and asked if I was able to run a 400 meters. But we decided to do everything behind my back,

For months, the regime of Alexander Lukashenko has relentlessly pursued

journalists and activists, with the hope of definitively putting down the historic protest movement of 2020 against his re-election to a fifth term.