This is how Motala municipality tries to stop the Canada geese

Canada geese pooping down Strandbaden in Borensberg have been a recurring problem during the summer. Now Motala municipality has found a way they think can prevent the geese from getting up from the water to the lawn. 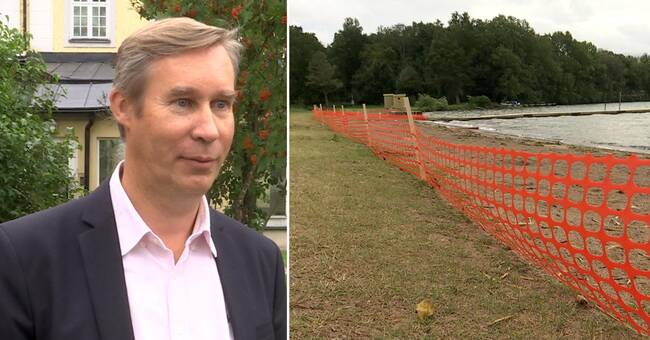 One of the most affected bathing sites is Strandbaden in Borensberg.

- There are very large flocks of geese, between 40-50 geese that are out in the water in the evenings and come up to the beaches, but that's how nature is, says Fredrik Feldt, technical manager at Motala municipality.

The large amounts of feces from the geese at the bathing areas is something that has created reactions from several visitors, according to Fredrik Feldt, and he says that there is too much feces for the municipality to have time to clean up.

Therefore, the municipality is now trying to set up plastic nets to prevent the geese from getting up on the lawn at the bathing site.

- We try to use all means, says Feldt.

In addition to the net, other methods are used around the country such as plastic snakes, protection hunting, scare shots, cleaning and bird dummies.

Hear more about the municipality's decision to set up the network and what the bathing resort's visitors think in the video above.