The Tunisian president promises important measures to consolidate democracy, and Washington urges him to protect rights and freedoms

Tunisian President Kais Saied promised to take important decisions to consolidate democracy and pluralism, while Washington urged him to protect rights and freedoms in his country, and quickly form a new government. 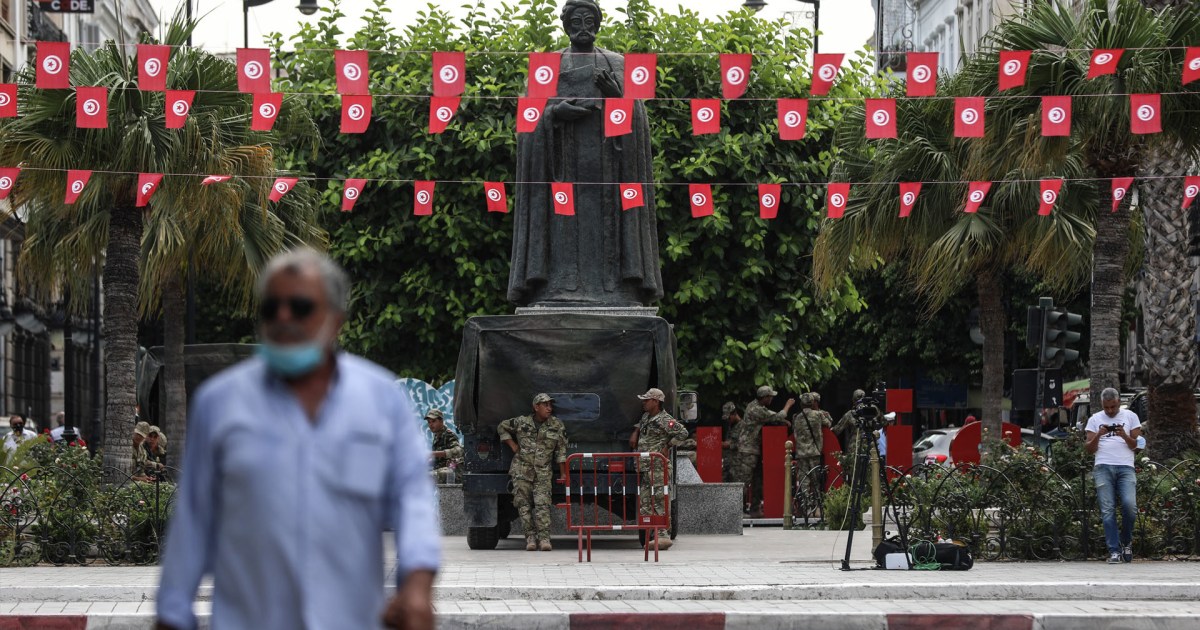 Tunisian President Kais Saied promised to take important decisions to consolidate democracy and pluralism, while Washington urged him to protect rights and freedoms in his country, and quickly form a new government.

And the Algerian presidency said - in a statement - that President Abdelmadjid Tebboune made a phone call yesterday evening, Saturday, with Tunisian President Kais Saied, who told him that Tunisia is on the right path to consolidate democracy and pluralism.

Said added that "there will be important decisions soon," according to the Algerian presidency.

The Tunisian president also affirmed his firm keenness to protect rights and freedoms and enhance the elements of security and stability, he said.

For his part, US National Security Adviser Jake Sullivan urged the Tunisian president to outline the need for Tunisian leaders to outline a speedy return to the democratic path.

During an hour-long phone call, Sullivan demanded that a new government be formed quickly, and that the elected parliament be guaranteed in time.

William Lawrence, a professor of international relations and a former official at the US State Department, said that Sullivan's hour-long call with the Tunisian president is evidence of the US administration's interest in the situation in Tunisia.

In a related context, Vivian Yee, a journalist for the New York Times, said that she went to Tunisia to cover the "potential collapse of democracy" and was detained there for a short period.

"I received a lecture on the US Constitution from the President of Tunisia, but he did not let me ask a single question," she said on Twitter.

I came to report on the potential collapse of Tunisia's democracy and was briefly detained.

Then I got a lecture on the US Constitution from the president of Tunisia, who vowed to preserve press freedoms but didn't allow me to ask a single question https://t.co/eMplkEAwSi

In the context of regional diplomatic efforts, the Egyptian Foreign Ministry announced Cairo's solidarity with the Tunisian people and their legitimate aspirations.

The ministry said - in a statement - that it trusts the Tunisian presidency's ability to overcome the crisis as soon as possible.

The Egyptian Foreign Ministry called for the need to avoid escalation against state institutions in a way that preserves the interests and capabilities of the Tunisian people.

On the local level, the Tunisian president accused a party official he did not name of distributing money to young men to carry out looting, theft and assault on public and private property.

"Those who used to barter people for their health to achieve political ends have finished their role," Saeed added.

On Sunday afternoon, President Saied made a surprise tour of Habib Bourguiba Street (center of the capital) with the Director of the Presidential Office, Nadia Okasha, according to eyewitnesses.

On the other hand, the Ennahda movement renewed its rejection of the president's decisions, describing them as a violation of the constitution, and demanded that they be retracted.

The movement also announced the postponement of a meeting of its Shura Council, at the request of its Chairman, Rashid Ghannouchi.

For his part, Hisham Al-Ajbouni, a leader in the Democratic Current Party, a member of the Democratic Bloc in the Tunisian Parliament, rejected any exploitation of exceptional measures in order to settle scores.

In a post on his Facebook page, Al-Ajbouni saw that rumors of violations and abuse in the application of the law offend the President of the Republic in the first place, as he put it.

He condemned what he described as displays of force and intimidation during the arrests of wanted persons, and what he called campaigns to smear critics of the exceptional measures.

A number of lawyers and families of the arrested representatives confirmed that the security forces conducted house searches in a violent and terrifying manner, as they put it.

In turn, the "Tunisia Movement of the Will" party headed by former Tunisian President Moncef Marzouki expressed - in a statement - its grave concern about the security forces and army raids on citizens' homes, whatever their characteristics, and intimidating children and women, in search - as they claim - for wanted persons. Justice, as described in the statement.

The statement considered that the security authorities' display of force and arrogance is a restoration of tyrannical practices, and that their purpose is to sow terror and fear.

The party renewed its position that what happened on the 25th of last month is a "clearly marked coup", in contrast to the declared assurances of the head of state, in reference to the decisions taken by Saeed to assume full powers and suspend the work of Parliament.

Seif El-Din Makhlouf, head of the Dignity Coalition party, which is allied with the Ennahda movement, said that MPs Maher Zaid and Mohamed Al-Afas, who belong to the party, are under provisional detention as part of an "investigation by the military judiciary", in a case related to an altercation that took place last March at Tunis Airport.

They are suspected of insulting border police officers after they prevented a woman from traveling.