Here, tourists are evacuated in the fire-stricken area of ​​Turkey

Movies from the shore in Bodrum show how people get help to get into lifeboats in the sea, while the smoke lies like a thick blanket. Several tourists have been evacuated from their hotels in connection with the ongoing forest fires in Turkey. 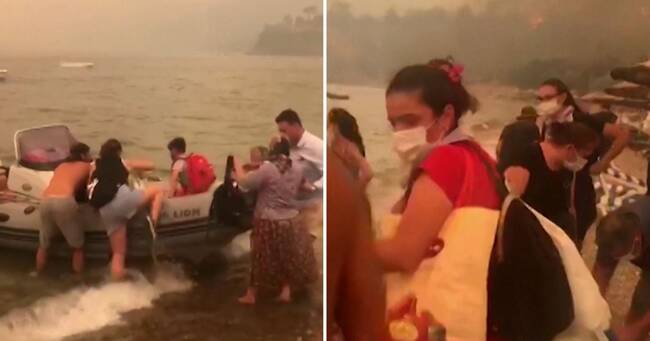 On Sunday, work has continued to gain control of the fires that are raging in the resorts of Manavgat and Marmaris in Turkey.

Tourists have been evacuated from their hotels in recent days, including in the popular destination Bodrum where guests and hotel staff boarded boats to escape the fire, while flames spread and the smoke was thick.

Since Wednesday, six people have fallen victim to the fires over southern Turkey and thousands have been forced to leave their homes.