Germany: clashes in Berlin during a demonstration against health restrictions

In Germany, a major demonstration in Berlin by opponents of anti-Covid restrictions was banned this weekend but a few thousand people ignored them. Clashes with ... 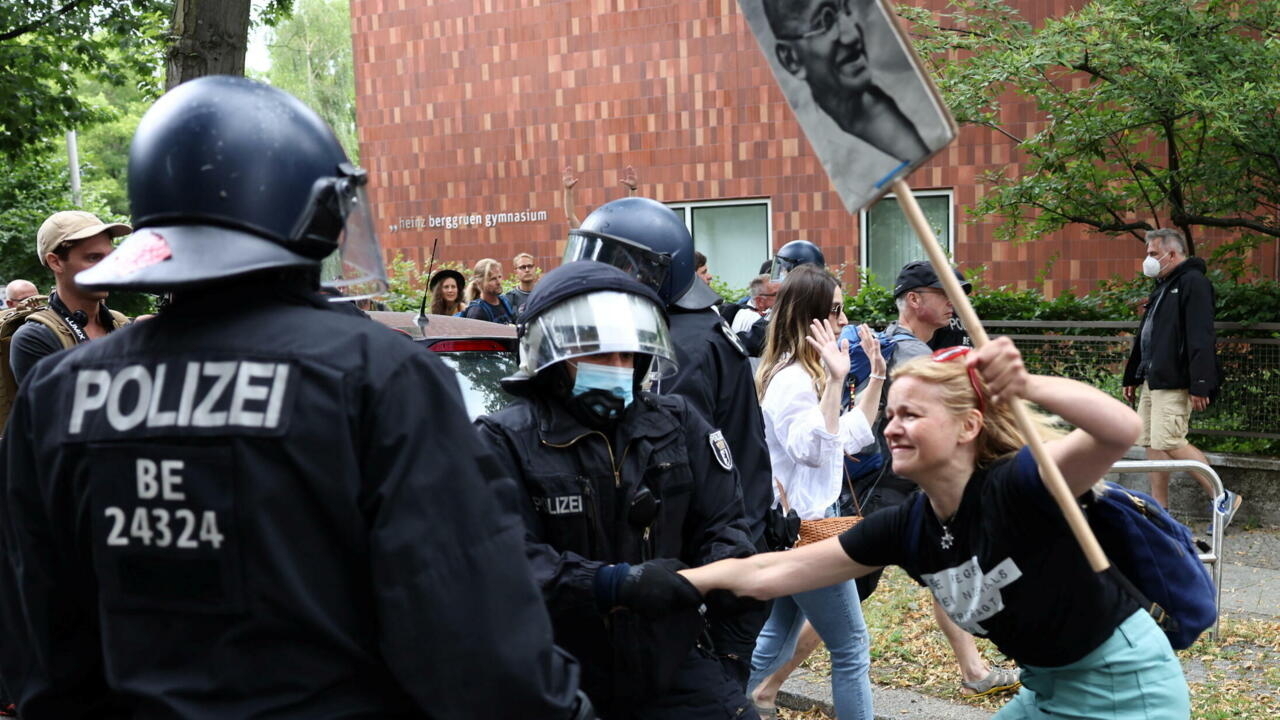 Germany: clashes in Berlin during a demonstration against health restrictions

Police officers arrest a participant in the demonstration against government measures to curb the spread of Covid-19, in Berlin, on August 1, 2021. REUTERS - CHRISTIAN MANG

In Germany, a major demonstration in Berlin by opponents of anti-Covid restrictions was banned this weekend but a few thousand people ignored them.

Clashes with the police took place.

"The year of freedom and peace"

The “Querdenker” (free-thinkers) movement wanted to celebrate the anniversary of its first major demonstration in Berlin.

Nearly 22,000 supporters who reject the restrictive measures against the pandemic and often

wanted to protest in the center of the German capital.

Almost all protests have been banned due to expected non-compliance with anti-Covid rules;

the courts dismissed all appeals.

But around 5,000 people, police said, ignored the bans.

More than 2,000 police officers were mobilized and succeeded in blocking the strategic and symbolic central districts and gradually dispersed the demonstrators.

been less talked about in recent months.

Many Covid restrictions have been lifted.

But the greater constraints to be expected for the unvaccinated or the debates on the vaccination of children could breathe new life into this movement as the elections approach.

Supporters did not hesitate to exploit the floods to disseminate false information on the scene of the disaster.

► To read also: Compulsory test or vaccine to travel to Germany from August 1