Following the escalation of the regime in Daraa, Jordan postpones the opening of a crossing with Syria and the United Nations calls for a ceasefire

Yesterday, Saturday, Jordan decided to postpone the opening of the Jaber Nassib border crossing with Syria "temporarily" as a result of security developments in the Syrian region of Daraa, while the United Nations called for a ceasefire. 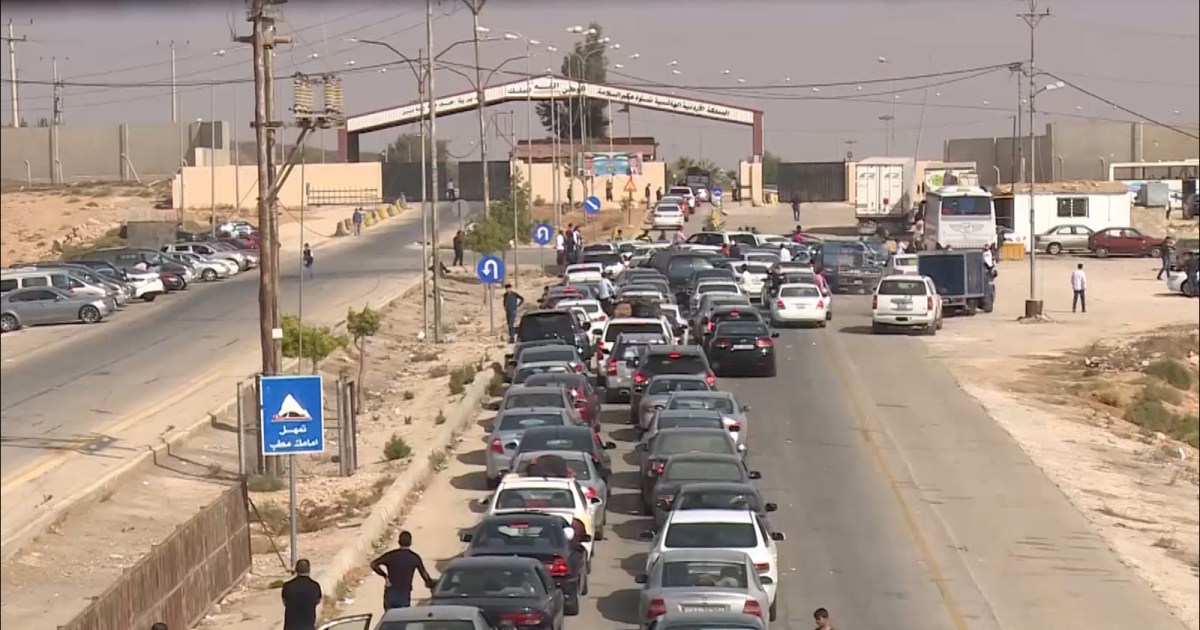 Yesterday, Saturday, Jordan decided to postpone the opening of the "Jaber Nassib" border crossing with Syria "temporarily" as a result of security developments in the Syrian region of Daraa, while the United Nations called for a ceasefire.

An official source in the Jordanian Ministry of Interior said in a statement that "the Jaber border crossing will be closed temporarily to the movement of goods and passengers as a result of the developments in the security situation on the Syrian side."

He added that "the crossing will be reopened if the appropriate conditions are in place."

And Amman announced last Wednesday that it would restart the Jaber Nassib center with Syria, starting on Sunday, almost normally, after about a year of working on a limited basis as part of measures to limit the spread of the Corona virus.

On the ground, 3 Syrian civilians were injured as a result of mortar shelling on the neighborhoods of Daraa al-Balad, Tariq al-Sad and Daraa camp (southern Syria) during clashes between the regime forces and the opposition.

The sources pointed out that the clashes and shelling resumed after the return of dozens of displaced civilians from the people to their homes.

At least 28 people - including 11 civilians - were killed during the confrontations last Thursday, which are considered the "most violent" in 3 years, according to the Syrian Observatory for Human Rights.

On Friday, Syrian sources told Al-Jazeera that an undeclared agreement on a ceasefire was concluded between the Syrian regime and the people of Daraa governorate for 48 hours, while the regime forces continued to send new military reinforcements to the fighting fronts in the governorate.

The sources added that the agreement came after negotiations that took place between the two sides that ended with stressing the need to calm the situation in the region, noting that the negotiations will continue on Sunday until a final agreement is reached that suits both parties.

Daraa, adjacent to the Jordanian city of Ramtha (in the north of the kingdom), is considered the "cradle" of the popular protests that began 10 years ago against the regime of President Bashar al-Assad.

Despite the fact that the opposition factions signed a settlement agreement with Damascus under Russian auspices following a military operation in 2018, they witness from time to time chaos, assassinations and attacks.

For his part, the United Nations Special Envoy for Syria Geir Pedersen called on everyone to calm down in the country.

Pedersen added in a statement that he is following with great concern the developments in southwest Syria, and indicated that he is in active contact with the concerned parties to ensure an end to the violence.

He stressed that everyone should adhere to the principle of protecting civilians and international humanitarian law.

The UN envoy said that this escalation of tension in southwest Syria demonstrates the need for everyone to agree on a nationwide ceasefire in line with UN Security Council Resolution 2254.

France condemned - in a statement issued by its Ministry of Foreign Affairs - "the criminal attack launched by the Syrian regime" in Daraa, "which is one of the symbols of the suffering that Syrians have suffered during a decade of conflict."

"This attack confirms that in the absence of a credible political process, Syria - including the areas under the control of the regime - will not restore stability," said French Foreign Ministry spokeswoman Agnes von der Muhll.

The US State Department expressed its deep concern about the situation in Daraa, and called for de-escalation and allowing aid and civilians to pass freely.