Drought could lead to energy shortages in California

Lake Oroville is vital to farmers and residents throughout California. After the recent high temperatures, the drought can lead to both water and energy shortages. - The water level is becoming so low that the hydropower turbines no longer have the power to spin around, says John Yarlbrough at the California Water Authority. 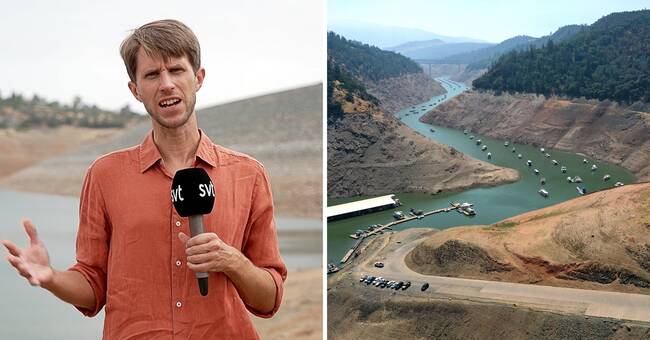 It is the second largest water reservoir in the United States and supplies almost 22 million people with drinking water.

Agriculture across California is dependent on Lake Oroville, which may soon be unusable as water levels fall with each passing day.

The fact that it will soon cease to be used shows how serious this drought is, says Jordan Kern, a professor at North Carolina's Department of Forest and Environmental Resources, to the LA Times.

May shut down hydropower plants

What he means is that the California Energy Commission is actively working to let Lake Oroville's hydropower go "offline," said their spokeswoman Lindsey Buckley, pointing to the low water levels in the dam.

The historically high temperatures in the state are described as the reason why more hydropower plants than the one in Lake Oroville will be shut down.

In addition to serving as both water and energy supply, Lake Oroville is also a popular tourist destination for boat enthusiasts.

Right now, the water level in the dam is at about 28 percent of its full capacity.

If you compare it with the average it has had historically, it is about a third.

Watch SVT's reporter report from Lake Oroville in the player above.