Abu Dhabi Police reported that during the first half of this year, 1,195 drivers were violating the red light. The violator is obligated to pay 50,000 dirhams to unlock the vehicle, in addition to a 1,000 dirhams fine for the violation. 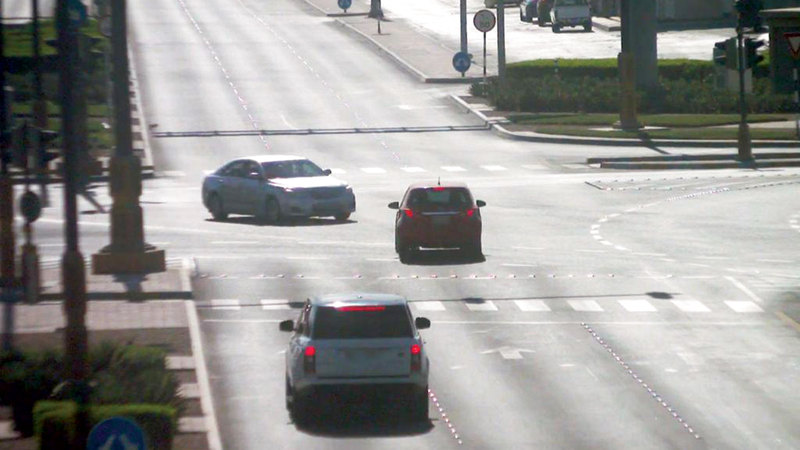 50 thousand dirhams to unlock the vehicle before selling it

Abu Dhabi Police reported that they violated 1,195 drivers during the first half of this year, due to exceeding the red light.

Abu Dhabi Police classifies this violation as one of the dangerous violations, which may lead to a collision between vehicles, and result in deaths and injuries among road users.

The Traffic and Patrols Directorate in Abu Dhabi Police warned drivers of the dangers of being busy while driving using the phone, and other behaviors that lead to a loss of concentration, considering that being busy with the phone is one of the main reasons for bypassing the red light.

She stated that Law No. (5) of 2020 regarding vehicle seizure in the Emirate of Abu Dhabi clarified that the violation of a vehicle exceeding a red light is 1,000 dirhams, 12 traffic points, and impounding the vehicle for 30 days, and the financial value of the vehicle impounding is 50 thousand dirhams, in addition to withdrawing the driver's license of the violating driver. For a period of six months starting from the date of withdrawing the license, provided that the vehicle is impounded until the payment of the financial value for releasing the seizure, and for a maximum period of three months.

Abu Dhabi Police warned of the severe danger and dire consequences of some drivers passing the red light due to lack of attention and preoccupation with the road, explaining that cutting the red light means a disaster for road users or at least a serious accident, where the violation of crossing the red light is classified as a dangerous violation.

It identified three reasons behind drivers passing a red light: speeding at intersections to realize the green signal, inattention, and being distracted from the road using the phone and the virtual world.

Abu Dhabi Police called on drivers to pay attention and focus while driving and to avoid using the phone to browse the Internet and social networking sites while driving, in order to avoid deviating the vehicle or bypassing the red light.

And she confirmed that she is following with interest the monitoring of violations of the signal through the monitoring cameras at the intersections in cooperation with the Follow-up and Control Center in Abu Dhabi, and it includes cutting the red traffic light, and photographing vehicles crossing the intersection at speeds exceeding the prescribed speed for the street.

3 reasons behind going through a red light:

■ Increase the speed to perceive the green signal.

■ Get busy on the road using the phone.

The value of the reserved vehicle

Abu Dhabi Police reported that in the event that the value of the seized vehicle, after its sale, is insufficient to pay the amount of the fine stipulated in Law No. 5 of 2020 regarding vehicle seizure, this does not exempt the owner from paying the remaining amount, as he will be obligated to pay it and remain registered in his traffic record.

And it indicated that drivers who committed traffic violations included in the aforementioned law must pay the value of the traffic violation, the expiry of the period of seizure stipulated in the Federal Traffic Law, and then pay the fees for breaking the seizure stipulated in Local Law No. (5) of 2020 regarding the seizure of vehicles in the Emirate of Abu Dhabi. And if the violator does not pay the fees to release the seizure within three months, the vehicle will be sold in a public auction, pointing out that notifications will be sent to violators before selling the seized vehicles via text messages.