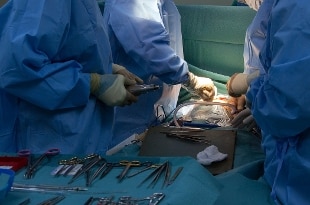 July 30, 2021 The Italian Antitrust Authority imposed a fine of 5 million euros against Intesa Sanpaolo Rbm Salute, an insurance company specializing in health insurance, and 1 million euros against Previmedical - Servizi per Sanità Supplementary, service provider entrusted with the management and settlement of claim files. The Antitrust reports in a note, recalling that the investigations were initiated following the report by Altroconsumo, which had received about 1,000 complaints between January 2018 and October 2020, as well as the results of the supervisory activity carried out by IVASS, which it had, in turn, found over 1,100 complaints in the same period.

Furthermore, during the proceedings, the Antitrust Authority received more than 70 requests for intervention from consumers who complained of the same critical issues. As communicated by Intesa Sanpaolo Rbm itself, between January 2018 and October 2020 the company received 10,102 complaints, the vast majority of which relate to the profiles highlighted in the notice of initiation of the procedure. Many complaints come from members of the MètaSalute health fund, which alone collects over a third of the number of Isp Rbm policyholders. According to the Authority, the conduct of Intesa Sanpaolo Rbm Salute SpA and Previmedical integrates an unfair commercial practice in violation of articles 20, paragraph 2, 24 and 25, paragraph 1, lett. d), of the Consumer Code,because companies have made it burdensome and difficult for consumers to use insurance benefits.

In particular, from the elements collected in the investigation, it appears that the policyholders have had to face rejection of requests with spurious reasons, delays in replies and in the management of direct services, withdrawals of authorizations already issued, arbitrary limitations introduced in the settlement procedure, difficulty in contacting customer support, which proved to be ineffective. The Parties were aware of these problems, given that, among other things, during the inspection, the Authority found emails from employees which show that some percentage data for delays communicated to health funds (0.47%) were not were true (in reality the actual percentage was equal to 15%). Furthermore,the documentation acquired shows inconvenience for the policyholders due to spurious requests for integration of the reimbursement requests - despite the fact that all the documentation was already in the possession of the company - as well as the application of different rules for each compensation with the same performance. It was also found the adoption of delaying procedures to authorize services involving cycles of several sessions, as in the case of oncological therapies, for which consumers, even those who needed urgent care, because they were affected by serious diseases, were forced to send a specific request for each session of the cycle. With particular reference to members of the MètaSalute health fund, it was found that the actual times for issuing the voucher forprovision of services were far superior to those provided for in the contract. In many cases, it also occurred that the voucher was withdrawn after issuance. For example, between January 2018 and September 2020 Previmedical revoked 52,185 authorizations previously issued to MètaSalute policyholders, regardless of the reason.