A new appearance... Saif al-Islam Gaddafi opens the door to his return to politics

Saif al-Islam, the son of former Libyan leader Muammar Gaddafi, said he wanted to "revive the lost unity" in Libya after a decade of chaos, and hinted at the possibility of his candidacy for the presidency. 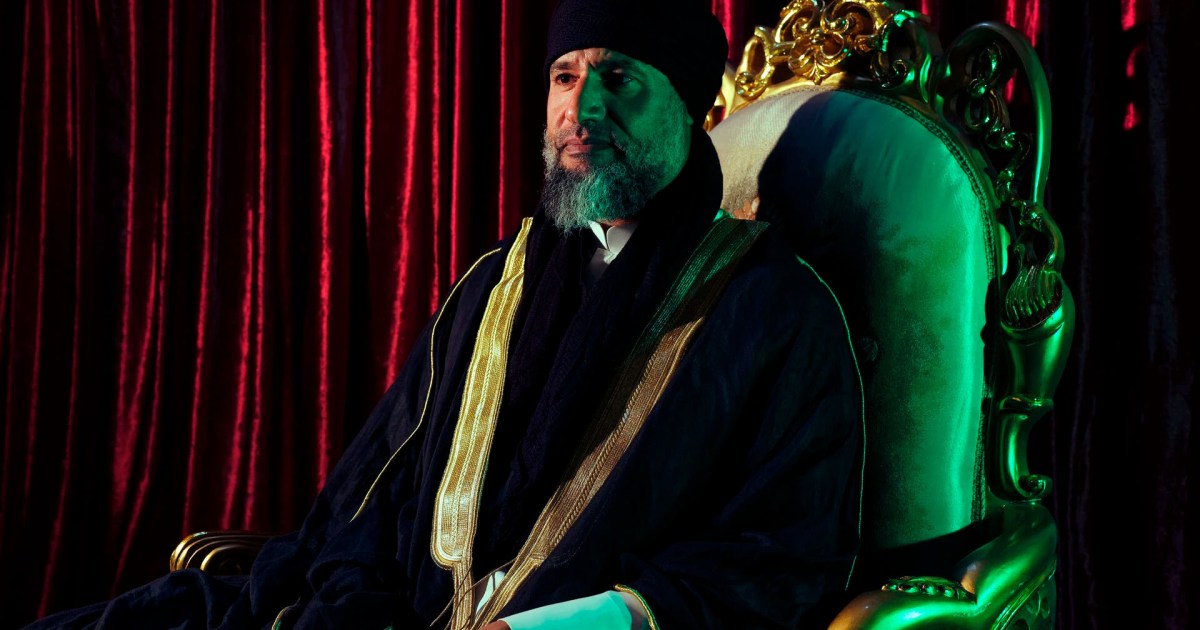 Saif al-Islam, son of former Libyan leader Muammar Gaddafi, said he wanted to "revive the lost unity" in Libya after a decade of chaos, and hinted at a possible run for president.

Gaddafi's son added - during a rare interview with the American newspaper "The New York Times" - that the Libyan politicians "have only brought misery, and it is time to go back to the past, the country is on its knees, there is no money or security, there is no life here." ".

Seif al-Islam, 49, said - in his first meeting with a foreign journalist in a decade - that he is now a "free man" and plans to return to politics, without giving further details.

In 2011, after 4 decades of unchallenged power, Muammar Gaddafi and those close to him were overthrown in a popular uprising, and they were killed, imprisoned or exiled, but the fate of Saif al-Islam - who was considered his father's successor for a long time - remained unknown.

In November 2011, he was captured by an armed group in Zintan (northwest Libya), and he was sentenced to death in 2015 after a speedy trial. However, the group that detained him refused to hand him over to the authorities or the International Criminal Court, which is looking for him on charges of committing “crimes against humanity,” but She was released in 2017, and since then he has disappeared.

In a lengthy interview with the American newspaper, he said that "after their disappointment with the revolution", the rebels who captured him "finally realized that he could be a powerful ally."

And this interview was conducted - as the New York Times says - last May in a "luxury two-storey villa" inside a closed complex in Zintan.

The newspaper published "photos of Saif al-Islam, taken during the interview, wearing a black shirt embroidered with gilded threads, his gray beard and a black turban.

Any possible nomination of Saif al-Islam would face a major problem after he was convicted by a Libyan court and an arrest warrant was issued by the International Criminal Court, but the newspaper wrote that he was "convinced that these legal issues can be negotiated if the majority of the Libyan people choose him as a leader."

"You have been separated from the Libyan people for 10 years, you have to come back slowly, you have to prepare them mentally a little," Gaddafi's son said.

When asked if his attempts to seek refuge in Libyan homes when he was on the run in 2011 were strange, his answer was as vague as some of the opinions expressed by his late father in the "Green Book".