Due to the fact that strong gusts of wind are expected later in the day, cruise traffic has chosen not to dock in Visby harbor. Which Aftonbladet was the first to report. 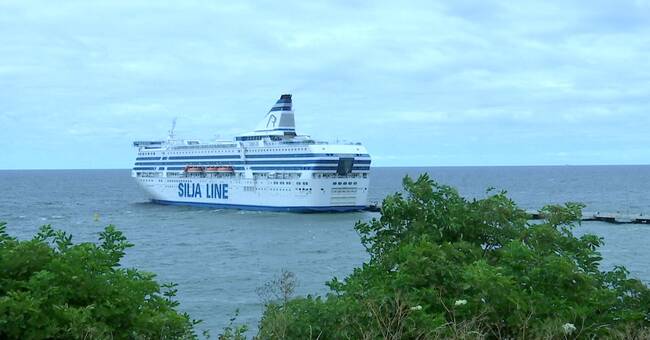 It was during Thursday morning that the cruise ship Siljan Symphony was to dock in Visby harbor, but before arrival it had started to blow between 8 and 12 meters per second.

The Swedish Maritime Administration has a restriction of 12 meters per second - if it blows over it, the port must be closed.

The decision was therefore made that the ship would turn around.

- We made the decision instead of lying there and waiting.

The wind will not abate, says Erika Janson, communications manager at Tallink Silja.

SMHI warns of gale class 1 and announces that it can blow between 14-17 meters per second during Thursday afternoon.

A German cruise ship, called Mein Shiff 6, is also affected by the winds in Visby.

According to Henrik Ahlqvist, head of the cruise operations in Visby, this is something that happens several times a year.

- This is not unusual, says Henrik Ahlqvist.

Ahlqvist explains that the cruise ships dock in the outer harbor, which is completely unprotected.

Therefore, they are more affected when it is windy compared to the ships that dock in the inner harbor, such as Destination Gotland.

So far, Destination Gotland's arrivals are not affected.