&nbsp;Sharjah Customs announced that the customs inspection officers at the Khalid Port Customs Center were recently able to thwart an attempt to smuggle a shipment of crystal narcotic weighing 93.3 kilograms and about 3,000 methadone tablets to the country through its sea port, by hiding it under a container. 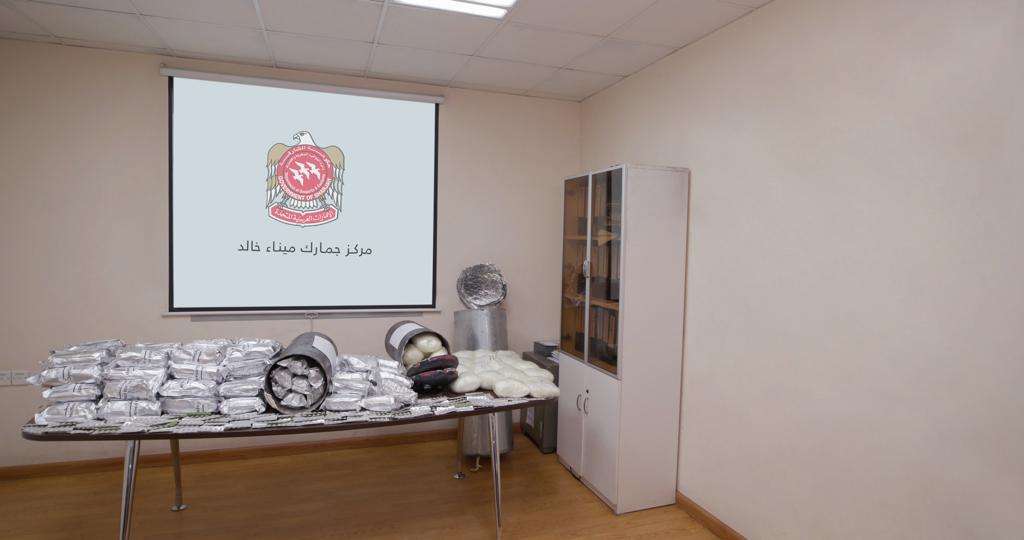 Sharjah Customs announced that the customs inspection officers at the Khalid Port Customs Center were recently able to thwart an attempt to smuggle a shipment of crystal narcotic weighing 93.3 kilograms and about 3,000 methadone tablets to the country through its sea port, by hiding it under a refrigerator container carrying materials. Food coming from an Asian country, with the aim of promoting it within the country.

The authority explained that when inspecting the refrigerator upon its late arrival during the days of Eid Al-Adha, as a result of the proactive follow-up and constant vigilance of the inspection officers at Sharjah Customs, who suspected that there was a defect in the distribution of goods inside the refrigerator, which prompted them to inspect the entire refrigerator and use the latest radiological scanning techniques to discover Khaled Port customs officers have professionally hidden iron cylinders that contain narcotics, and then work on seizing the seizures in coordination with the concerned authorities.

The Sharjah Ports, Customs and Free Zones Authority indicated that Sharjah Customs possesses a sophisticated customs system capable of thwarting all forms of smuggling attempts through all customs ports of the Emirate and in line with the latest international practices in this regard, as well as addressing all individuals or networks who beg themselves for it. Criminal offenses that aim to enter narcotic substances and pills firmly through Sharjah Customs inspection officers who have high capabilities and advanced skills and are equipped with the latest experiences that support them in performing their tasks and make them a wall against every act that threatens the security of the homeland and the citizen

The authority expressed its appreciation for the efforts of Sharjah Customs officers for their efficiency and constant vigilance to professionally confront attempts to smuggle narcotic and prohibited substances of all kinds and by different methods in various circumstances in order to maintain the security and safety of society, stressing its constant keenness to improve the performance of customs competencies and enhance the skills of its officers and train them on the latest Devices and equipment that enable them to control smuggling operations and protect society, as they are the eyes of the nation that watch over its security and preserve the capabilities and safety of the state through its land, sea and air ports.

The authority commended the integration of roles with the General Command of the Sharjah Police to protect the security of the borders of the Emirate of Sharjah from all potential risks, and constructive cooperation and coordination to enhance efforts to combat drug smuggling attempts through the emirate's ports, in line with national efforts to protect the security of the homeland, and to contribute to supporting the process of sustainable development and raising the level of The country’s trade exchange with the countries of the world, by ensuring the protection of society’s security, maintaining its stability and enhancing the safety and prosperity of the national economy, stressing the importance of high coordination with all relevant government agencies and bodies in the Emirate of Sharjah and the Federal Customs Authority to maintain the security of the land, sea and air ports of the UAE