Covid-19: end of "summer of freedom", Biden announces measures to boost vaccination Washington (AFP) Did Joe Biden cry victory too soon against the Covid-19 pandemic? The US president, who promised a "summer of freedom" to his compatriots, had to take a series of measures on Thursday to restart vaccination. "We are not completely out of the woods," the US president said in a speech to the White House, as the country faces a surge in contamination from the rapid spread of the De 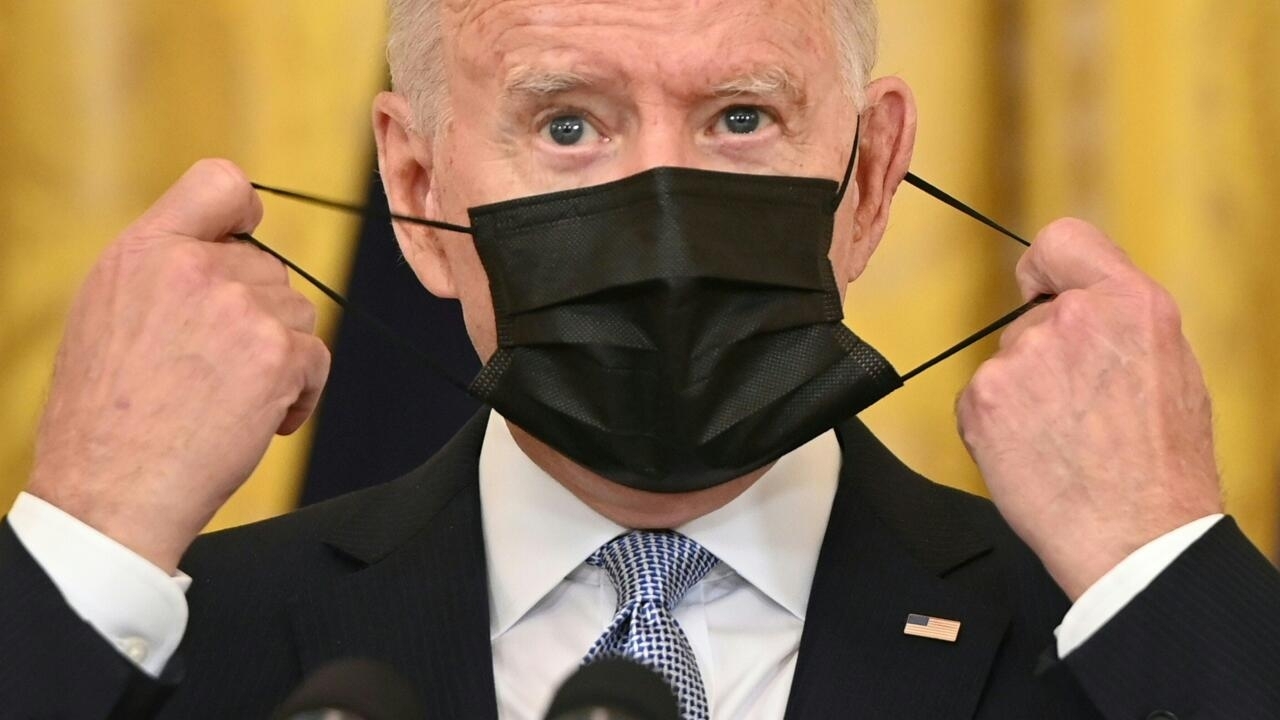 Did Joe Biden cry victory too soon against the Covid-19 pandemic?

The US president, who promised a "summer of freedom" to his compatriots, had to take a series of measures on Thursday to restart vaccination.

"We are not completely out of the woods," the US president said in a speech to the White House, as the country faces a surge in contamination from the rapid spread of the Delta variant.

For the first time in months, Joe Biden walked into the room where reporters were waiting for him with a black mask, which he removed before starting to speak.

It follows fresh recommendations from US health officials, according to which even vaccinated Americans must put on masks, if they are in areas where the circulation of the virus is important.

From now on, millions of federal employees will either have to be vaccinated or comply with a series of constraints, the White House said.

Unvaccinated federal employees will be required to wear the mask even in areas where Covid-19 circulation is low, and to undergo regular testing, once or twice a week.

They will also be limited in their movements.

Without going as far as the outright vaccination obligation, this is a change of course for the Biden administration, which until now refused to associate any idea of ​​constraint with vaccination.

"I know people talk about freedom" but "with freedom comes responsibility," commented the Democratic president.

"It's exhausting to think that we are still fighting" against the pandemic, he admitted.

As for the military, the US president asks the military to think about "how and when" to add the vaccine against Covid-19 to the list of mandatory vaccines for the troops.

Among other incentive measures, Joe Biden calls on local authorities to pay $ 100 to any new person who is vaccinated, drawing for this from emergency funds released to deal with the pandemic.

They seem far away, these declarations of June and early July, when the American president spoke of a "summer of freedom", and promised to declare soon "the independence" of the United States vis-a-vis the virus - referring to the holiday National July 4.

The Biden administration was then based on a vaccination campaign whose impressive beginnings were exemplified around the world, but which then subsided.

European officials are now boasting of having overtaken the United States for the rate of the population having received at least one dose of the coronavirus vaccine.

Many commentators therefore wonder if the Democratic president did not proclaim victory too soon.

The White House defends itself by saying "follow the advice of scientists", and adapt almost day to day to the new health situation, that of a much more contagious Delta variant.

It remains to be seen whether this variant will also move political lines around vaccination, while according to polls, reluctance to face the vaccine remains more pronounced among Republican voters.

"It is not a question of Red States (Republican) or Blue States (Democrats). It is a question of life and death," Joe Biden said Thursday.

In fact, many Republican officials and elected officials recently joined the concert of calls for vaccination.

But there is no question for Camp Biden to solicit former President Donald Trump in the hope of convincing more Americans.

"We've seen pretty much all of the past presidents make public statements to make sure people understand that the vaccine is safe and effective. You don't need to receive a handwritten invitation card to join this movement." recently said White House spokeswoman Jen Psaki.