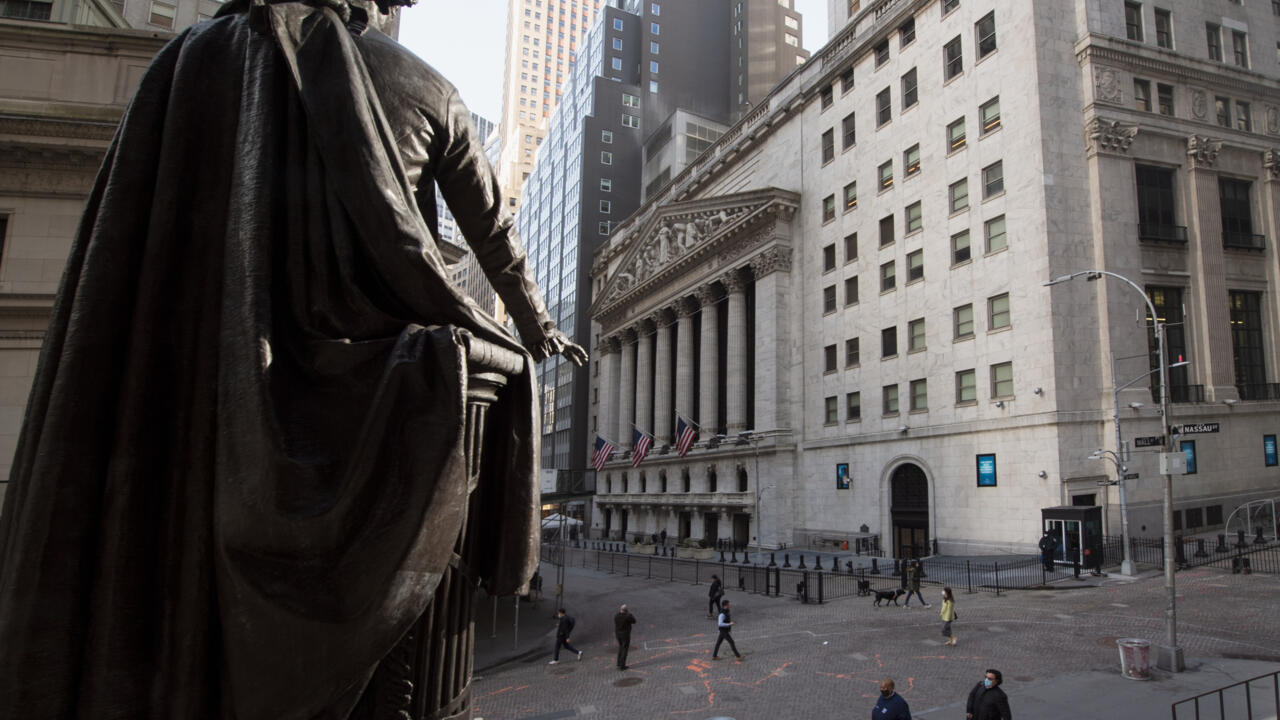 The New York Stock Exchange ended lower on Tuesday, dragged into the red by profit taking, before the end of the US Central Bank (Fed) meeting on Wednesday.

All three indices had finished Monday night with new records.

"Today, we are taking profits after a big run" on the rise, since the marked stall on Monday, July 19, explained Patrick O'Hare of Briefing.com.

Another element likely to slow the indices, for Angelos Kourkafas, of the company Edward Jones, the investors "are troubled by the energetic measures taken in China" against the giants of the tech, which made fall the stock markets of Shanghai and Hong Kong .

In addition, on Wall Street, many also observed the lack of support Tuesday for stocks which had published in recent hours results above expectations, such as Tesla or UPS.

Although having done better than expected and released, for the first time, more than a billion dollars in profits over a quarter (1.14 billion), the manufacturer of electric vehicles lost 1.95% on Tuesday to 644 , 78 dollars.

Rather than the higher than expected sales and earnings, investors picked up on the cautious comments from executives and weaker-than-expected earnings in the US market.

According to Patrick O'Hare, the operators are thus considering the possibility that the tech giants, including Apple, Alphabet (Google) and Microsoft, which published Tuesday after market close and have a major importance in the indices, are victims of the same phenomenon.

"The bar is clearly high," acknowledged Angelos Kourkafas about the expectations vis-à-vis heavyweights in the technology sector and the Internet.

In addition to these publications, Wall Street eagerly awaits the Fed's communication on Wednesday and the press conference of its president, Jerome Powell.

"The market thinks that with the increase (in cases of) the Delta variant (of the coronavirus), the Fed will continue to talk about waiting and watching," said Patrick O'Hare.

In terms of values, the session was once again gloomy for Chinese companies listed on Wall Street.

As for the diversified group General Electric (GE), it benefited (+ 1.24% to 13.08 dollars) of quarterly results above expectations accompanied by a partial increase in its forecasts.

GE remains at a loss ($ 1.2 billion), but saw its revenue and margins grow, as it again generated positive free cash flow.

The industrial group Raytheon on Tuesday raised its forecast for annual profit and turnover, an announcement which benefited the title, up 2.64% to 88.22 dollars.