One breathes and the other stretches.. Watch the crazy Renault models of the cars of the future

It is not possible to know what the future holds in the field of technology, but in the world of cars, the future and development may be drawn in the form of a car model that the company puts as a dream at the beginning and seeks to turn it into a reality after years. 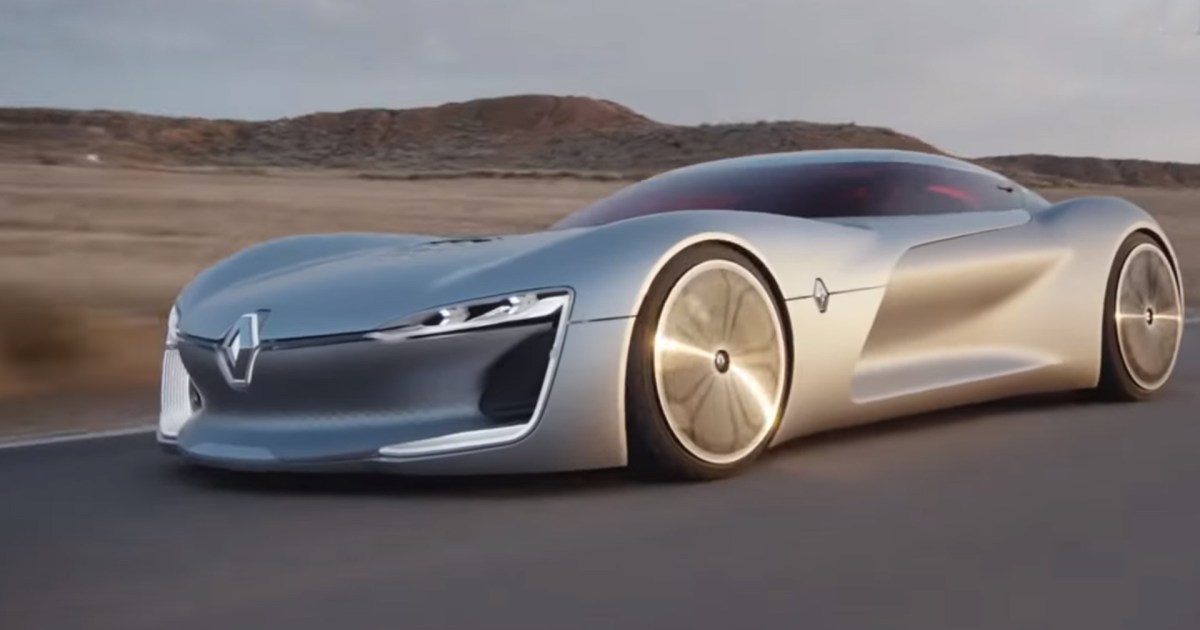 It is not necessary for future car models to become a reality.

Sometimes these models are developed to showcase what might one day be possible, and few business makers have an automobile concept as impressive as Renault.

These cars may not necessarily see the light of day, but they push the boundaries of engineering and offer some great technological advances.

The car is based on the concept of Formula 1 cars with four-wheel drive and four-wheel steering.

LED screens are integrated into the wheels to convey information about the driver's position during the race.

It also features the first ever transparent cockpit cover.

As for the all-electric, all-wheel-drive Murphys, its front and rear can be expanded by 16 inches (40 centimeters) to allow passengers to lie down.

The car has two modes: city and travel.

For long trips, Murphys can be switched to travel mode.

It extends from the front and back.

Renault may have produced the best supercar so far thanks to its appearance. The concept car captured the attention and hearts of millions of car enthusiasts around the world at the first sight after its unveiling, and was able to obtain the title of "Best Design for the 2016 Concept Car of 2016", with its unique design and future capabilities. ".

The sports car from Renault comes with an innovative carbon fiber design that gives it a futuristic character, as it was designed without doors to open by lifting the roof cover to receive the driver and front passenger.

Lawrence van den, Renault's chief designer, says that Tresor "opens like a gift box", and the front of the car is equipped with openings inspired by hexagonal honeycombs that distribute air to maintain the dynamics and make the car appear as if it were a living creature that breathes.

The exterior design catches the eye with the bold C-shaped LED headlights typical of Renault on conventional models currently on the market.

The futuristic car is also designed in a sporty shape that suggests space vehicles, and is clearly visible through the fixed glass windows that are painted in red.

The rear design of the "Trezor" concept did not differ from its front, as it was designed with the same dazzling technology, by providing it with LED lights made of fiber technology, with the famous Renault brand in the middle, and the innovative rear bumper that suggests at first glance that it is the front and not the background.

Thanks to its powerful electric motor that generates 349 horsepower, the Renault test drive starts from stability at a speed of 100 kilometers per hour in 4 seconds.

Although nearly two and a half years have passed since its first appearance, Renault has not announced whether its icon will enter commercial production lines or remain in its test form.

There have been a number of stand-alone concepts over the years, many of which feature interiors that resemble the living room of a typical home.

You will usually find comfortable chairs facing each other and plenty of screens to entertain passengers.

Symbiose can be considered a self-driving car and an extra room in your home.

Symbiose shows what we can expect from future cars in 2023, where drivers can switch between autonomous mode and manual mode by pressing the Renault logo in the middle of the steering wheel.

While traveling in autonomous mode, the steering wheel and dashboard move backwards to save space in the cabin, the interior can be changed in 3 different ways.

One design retracts the steering wheel and dashboard to allow extra legroom, and another, called the "French Kiss," allows the driver to approach the person in the front passenger seat.

The car is responsible for almost all driving tasks such as changing lanes, making turns and navigating through traffic jams.

People inside are free to read, watch a movie or work while the car is in motion.

If for any reason the vehicle encounters a situation that it cannot handle, it will move to a safe location on the side of the road.

And when not in use, Symbiose is meant to be your home of the future.

And the model serves as an additional living space.

The home and the car also share power via a smart grid.

Drivers can program their car to use home energy to recharge when needed.

The car and home also coordinate to make sure the car is moved to the ground floor a few minutes before the owner's scheduled trip.

Indeed, when it comes to vehicle innovation and creativity, Renault is a serious contender, as cars push the boundaries of engineering and bring you some prototypes that are futuristic, impressive and undeniably impressive.