"The score is important, but it is not in favor of Warsaw": Russia reacted to the words of the Polish Deputy Foreign Minister for Nord Stream 2

Nord Stream 2 meets the interests and energy needs of Europe. This is how the State Duma commented on the words of the deputy head of the Polish Foreign Ministry, Marcin Pshidach, who said that Warsaw had "delayed for several years" the implementation of the gas pipeline project. Meanwhile, the Federation Council noted that as a result, Poland failed to achieve its goal and stop construction. In turn, experts believe that only the US sanctions, and not the actions of Warsaw, influenced the pipe-laying schedule. 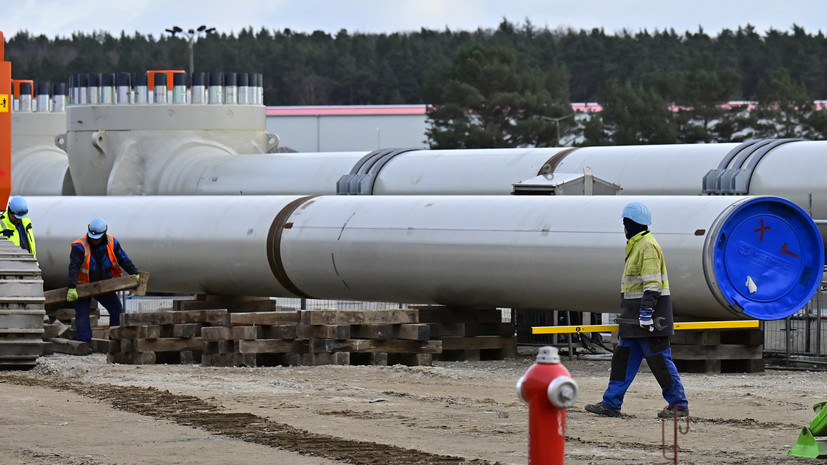 For Poland, the implementation of Nord Stream 2 is unprofitable, since the country is one of the transit countries for Russian gas.

This was announced to RT by Deputy Chairman of the State Duma Igor Ananskikh, commenting on the words of Deputy Foreign Minister of Poland Marcin Przydzcz about Warsaw's efforts to delay the construction of the gas pipeline.

As Ananskikh noted, Warsaw is worried, first of all, that it will lose funds due to reduced transit and will act from a weaker position in negotiations with Gazprom: “When there are two paths along the bottom of the Baltic Sea, it is difficult to dictate terms.”

He also explained that the Nord Stream 2 trans-Baltic pipeline is beneficial for European consumers of hydrocarbons.

“It will be better for Europe, with the exception of Poland and Ukraine.

Because these countries received money for transit through their territory and constantly raised prices.

All their statements are made under the guise of politics and "danger to Europe", but all this is complete nonsense and nonsense.

There is only the profit of these countries behind everything, ”the parliamentarian stressed.

In turn, Deputy Director General of the Institute of National Energy Alexander Frolov pointed out that Poland is in no way connected with the delay in the construction of the gas pipeline.

The only factor is US sanctions and the subsequent refusal of European companies to participate in the project.

“The activities of Poland have nothing to do with Nord Stream 2.

I, of course, do not take fantasy into account and do not remember how Poland was worried about the environment, so Denmark decided to take a closer look at some environmental issues.

Perhaps this official meant these moments, but in reality they did not have much impact, so I am not ready to seriously consider them, "the interlocutor of RT explained.

Earlier, the deputy head of the Polish Foreign Ministry, Marcin Pshidach, said in an interview with Polish Radio that thanks to Warsaw, the Nord Stream 2 trans-Baltic pipeline project had not been completed earlier.

At the same time, the Polish side will continue to make efforts to delay its construction.

“We have been delaying the finalization of Nord Stream 2 for several years.

If not for our actions, this project would have been completed long ago ... The longer this gas pipeline is inactive, the better for Central and Eastern Europe and the unity of the European Union, ”said Pshidach.

In turn, the head of the Federation Council Commission on Information Policy Alexei Pushkov noted that Polish officials can only console themselves with such statements.

“Warsaw boasts that it delayed Nord Stream 2 for several years.

However, there is nothing to boast about: in the end, Warsaw did not achieve its goal.

It's like pulling and pulling a soccer game and then losing.

It remains to console ourselves with the fact that they resisted.

But the score is important.

And the score is not in favor of Poland, ”he wrote on Twitter.

According to the latest data, the construction of the offshore section of the first string of the gas pipeline is technically completed, and the second is almost completed.

At the same time, the executive director of Nord Stream 2 AG, Matthias Warnig, said that construction work on the Nord Stream 2 project could be completed at the end of August.

Also on russian.rt.com "The goal is to increase the price": why in Ukraine they announced a problem due to the launch of Nord Stream 2

We add that Poland is actively making statements on Nord Stream 2 against the backdrop of a project deal concluded by the United States and Germany.

As a reminder, on July 21, Germany and the United States announced a deal on Nord Stream 2.

As part of the agreement, the American side acknowledged that the sanctions would not stop the implementation of the project, while Berlin pledged to seek the extension of the transit of Russian gas through the territory of Ukraine after 2024, when the current transit agreement ends.

At the same time, the document was criticized in Warsaw.

The press secretary of the President of Poland Blazhei Spychalsky called it "a victory for Russia", stressing that now Moscow will gain "significant influence" on the European energy market and "will make money on it."

"From the very beginning, when this idea was born, we tried to convince our American and European allies that this is a project that helps Russia to arm itself," he explained.

At the same time, the deputy of the Seimas from the opposition Civic Platform Jacek Protas pointed out that Polish diplomats missed the negotiations between the United States and Germany on Nord Stream 2, which, in his opinion, threatens the energy security of both Ukraine and Poland: “Diplomatically, we were left alone, both in Europe and, unfortunately, in the world ”.

Also on russian.rt.com "The plan is absurd": how Ukraine proposes to create a European gas hub after the launch of Nord Stream 2

In turn, the deputy of the ruling party "Law and Justice" Katarzyna Suika even accused the EU and Germany of duplicity, comparing what happened with the outbreak of World War II.

According to her, Warsaw, as in 1939, cannot count on its allies.

At the same time, the Ministers of Foreign Affairs of Ukraine and Poland Dmytro Kuleba and Zbigniew Rau agreed to continue countering Nord Stream 2.

Their joint statement said that the construction of the pipeline created "a crisis in the spheres of politics and security, as well as a crisis of confidence in Europe," and the rejection of attempts to stop the launch of Nord Stream 2 only exacerbates it.

In turn, the first deputy head of the international committee of the Federation Council Vladimir Dzhabarov noted that Nord Stream 2 is a purely commercial project, and the statements of Ukraine and Poland are dictated by the economic interests of these states. According to him, Kiev and Warsaw would like Poland to become the largest hub for American reduced gas, which it would distribute throughout Europe, and with the commissioning of a gas pipeline from Russia, "these dreams will fade away."

“Poland is already trying its last bit to curry favor with the Americans. But the meeting between Merkel and Biden, at which the Americans decided to "give freedom" to the implementation of this project, suggests that, despite their efforts, the Americans do not consider them allies. And the more they say they are the most loyal, the less likely they are to be America's real partners. They continue to be puppets in the hands of the Americans, who at the right time will simply throw them aside and carry out their tasks, "the senator added in an interview with RT.