The number of Arab medals in the Olympic Games rose after 3 Arab athletes won 4 new medals on Monday in the taekwondo competitions at the Tokyo Olympics. 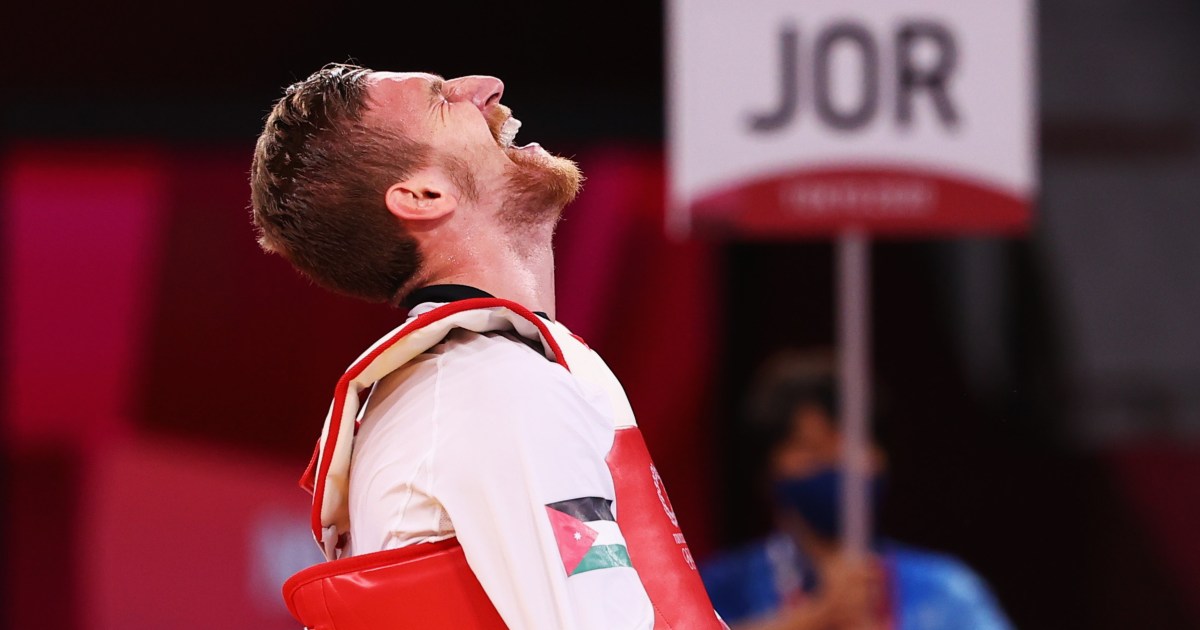 Jordan's Saleh Al-Sharbati won silver in the 80-kilogram weight category, after losing in the final to Russian Maxim Khramtkov.

This medal is Jordan's second in its history at the Olympics, and it is also in taekwondo, after Ahmed Abu Ghosh won a gold medal in the weight of 68 kilograms in Rio 5 years ago.

👩‍👦 An emotional introduction from our correspondent Wafa Soukar ends with a surprising and touching call 😯 with the mother of the hero, Saleh Al-Sharbati 👏💚 #Tokyo2020 |

Earlier today, the Egyptian Seif Issa won the bronze in the 80-kg weight after his victory over the Norwegian Richard Ordemann.

A quarter of an hour before that, Hedaya Malak won a bronze, weighing 67 kilograms, to achieve her second Olympic medal.

A scene we always love to see on the podiums ❤️

Hedaya won bronze in the 57-kg category in Rio five years ago.

Egypt raised its tally to 4 bronze medals in taekwondo competitions at the Olympics;

Tamer Bayoumi won the bronze in the 2004 Athens Games.

In the skeet shooting competitions, Kuwaiti Abdullah Al-Rashidi won a bronze medal after scoring 46 points in the competition, in which he was crowned with gold by the American Vincent Hancock, and the Danish Jesper Hansen with the silver medal.

Al-Rashidi 🇰🇼: “I am proud of this achievement for the second time in a row, and I hope that the next time in Paris 2024 will be crowned with gold” #Tokyo2020 |

The number of Arab medals in the Tokyo Olympics rose to 6, after the gold of Tunisian swimmer Ahmed Hefnaoui in the 400-meter freestyle competition, and the silver of his compatriot Mohamed Khalil Al-Jindoubi in the 58-kilogram weight category in taekwondo competitions.