Tunisia: tensions and clashes after the takeover of the executive by President Saïed

In the aftermath of President Kaïs Saïed's decision to suspend Parliament and dismiss Prime Minister Hichem Mechichi, supporters of the leader of the Ennahdha party who heads the Assembly ... 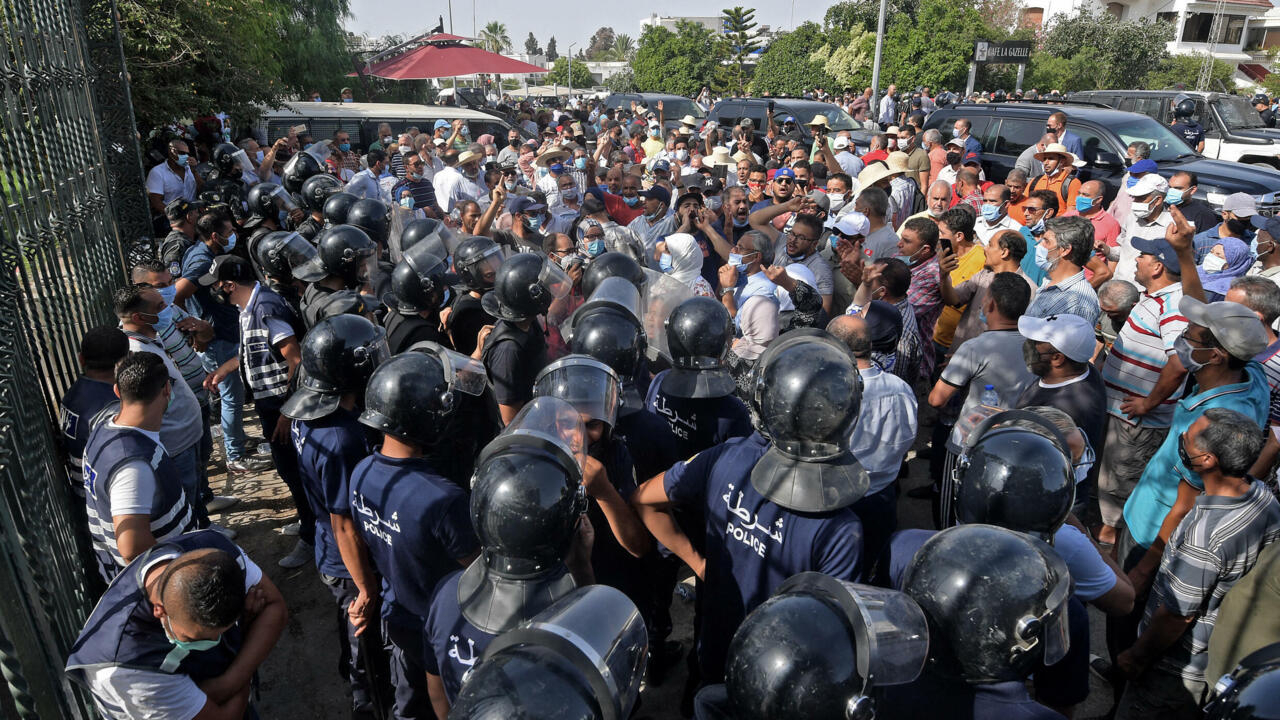 Tunisia: tensions and clashes after the takeover of the executive by President Saïed

The day after President Kaïs Saïed's decision to suspend Parliament and dismiss Prime Minister Hichem Mechichi, supporters of the leader of the Ennahdha party, which heads the Assembly, gathered on Monday in front of the Bardo Palace in Tunis.

They faced the supporters of the Head of State which gave rise to clashes.

With our correspondent in Tunis

The atmosphere remains tense, because it is two camps which found themselves and confronted in front of the Parliament this Monday morning.

On one side of the police barrier,

supporters of Kaïs Saïed who claim the legitimacy of the decisions

taken this Sunday by the president.

On the other, the supporters of the Ennahdha party and its leader Rached Ghanouchi who, for their part, believe that it is an attack on democracy and also speak of a coup d'état.

Stones were thrown, clashes took place, but the police were able to restore calm.

The situation remains tense all the same, as many are waiting for the publication of an official decree and for the president to follow through on his promises, in particular by replacing the head of government he has sacked.

Other gatherings take place as in Tataouine, in the south of the country, bastion of the Ennahdha party, where its supporters contest this seizure of power by Kaïs Saïed.

This major institutional crisis had been brewing for months.

The relationship between the Head of State Kaïs Saïed and the Speaker of Parliament, Rached Ghannouchi, has been summed up since 2019 in a long standoff.

On the one hand, a president who wants to be independent of the parties.

On the other, the historic leader of the Islamist movement Ennahdha, the majority in the Assembly.

From the start, the tandem has worked poorly.

On several occasions, Rached Ghannouchi encroached on the prerogatives of the Head of State.

He took a stand on the Libyan issue while diplomacy falls to the president and Tunisia's official strategy on this subject is neutrality.

In the middle of this showdown, a third man: the now ex-Prime Minister Hichem Mechichi, appointed by Kaïs Saïed, but who has become closer to Ennahdha.

The two men had been in open conflict since January and the reshuffle proposed by Hichem Mechichi was disapproved by the presidency.

In addition to an institutional crisis, a political crisis, politics is also experiencing a health crisis. After being criticized for his handling of the youth riots in January, former Prime Minister Hichem Mechichi was disowned at the top of the state for his handling of the Covid-19 pandemic. The country is hard hit. With 18,000 deaths for 12 million inhabitants, it is one of the worst death rates recorded in the world. At the moment, between 150 and 200 Tunisians officially die from the coronavirus every day and the public hospital is saturated.

Six days ago, the Minister of Health was sacked after another failure in the vaccination campaign on the occasion of Eid.

Chronic political blockages and the worsening health situation led to this exasperation and calls for demonstrations on Sunday, Republic Day in Tunisia.