In the headlines: death of Haitian drummer Herman Nau, ambassador of the compass 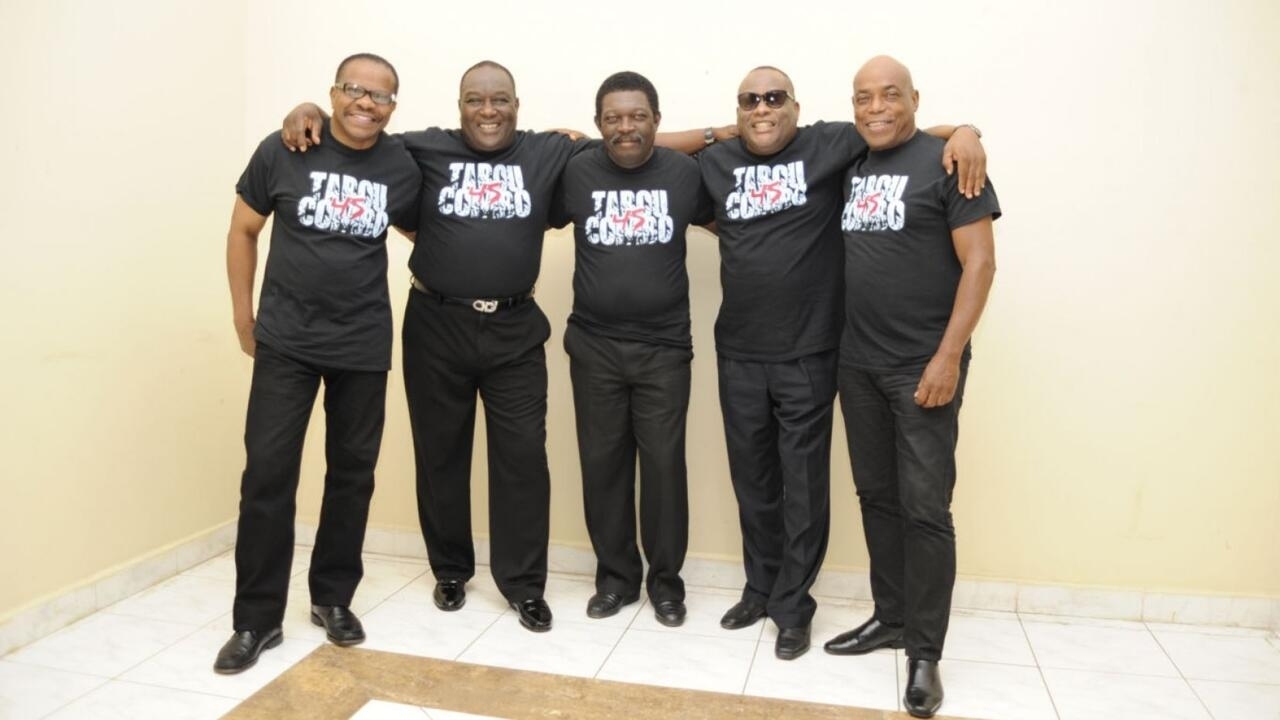 In the headlines: death of Haitian drummer Herman Nau, ambassador of the compass

On the far right is Herman Nau.

Tributes are increasing on social networks.

He suffered a stroke on July 11.

back on the career of this "

". Herman Nau knows success with Tabou Combo, created in Pétion-Ville, described as the “musical melting pot of Haiti”, but whose fame quickly exceeds the Haitian borders.

In Panama, for example, "

the group had imposed its rhythm

Ministry of Culture and Communication

pays tribute this Monday to "

a creator of joy, a forger of fates, a talented artist

He notes that Herman Nau left on the eve of the Compass' 66th anniversary celebration.

Back to the news of the weekend in Haiti

The Haitian media returned this weekend to the violence and looting that occurred on the sidelines of the funeral of President Jovenel Moïse in Cap-Haitien.

says that Quartier-Morin, near the funeral site, was "

" on Friday. Many journalists have been taken to task, especially those suspected of being from Port-au-Prince or foreigners. At least one photojournalist was physically assaulted.

“For long hours, until nightfall, the concert of automatic weapons did not cease,

dozens and dozens of residents, on motorcycles, with wheelbarrows carried household appliances, televisions, solar panels on their heads

”. The losses are estimated by the manager of the store at more than 2 billion US dollars.

Saturday, it is in the South department, in Chantal, native town of Antoinette Duclaire, that the funeral of the feminist activist was held. The one her friends call "

by armed men riding motorcycles on the night of June 29-30. At least 15 other people lost their lives that night, including her friend, journalist Diego Charles. "

Justice has not (yet) pronounced on these assassinations

returns for its part on the positive news of the weekend.

The young woman arrived on Sunday in first place in Series 1 of the 100-meter breaststroke, completing her race in just 1 minute 14 seconds and 82 hundredths

Unfortunately, despite this feat (...) the young woman will not see the second round of the tournament (...) overtaken by other competitors from other series

Duel of prosecutors in Guatemala

On Saturday, the most famous anti-corruption investigator, Juan Francisco Sandoval, fled the country after being sacked by Attorney General Maria Consuelo Porras. He was carrying out several investigations targeting President Giammattei's party. On Sunday, on the TN23 channel, the Attorney General justified her decision to dismiss him. His words are repeated on the front page of all the Guatemalan press.

" and that he favored some people to the detriment of others.

The latter also spoke in the local media, explains

He considers his dismissal "

" and accuses the Attorney General of having links with sectors that generate impunity. Asked by Paula Estanol, of the Spanish editorial staff of RFI, he said he was convinced that we were trying to silence him. A cartoon published by

shows the public prosecutor running with the Olympic flame and lighting a pyre on which is the allegory of justice and Juan Francisco Sandoval.

notes that Washington has supported the anti-corruption prosecutor. On

, the US Secretary of State affirms that this dismissal "

undermines the rule of law and reinforces impunity

". According to Antony Blinken,

”. As for the medical profession, it organized a sit-in in front of the public prosecutor on Sunday. "

With torches, posters and candles,

" caregivers demanded the resignation of the attorney general, writes

. They argue that due to corruption in public institutions, it is not possible to obtain the necessary equipment to properly care for their patients.

the United States: a fire that generates its own weather

A word, in conclusion, about these fires which continue in the western United States.

If they calm down in Oregon, they continue to rage in California.

Charred cars, drowned in yellow smoke appear in the

This fire is so big that it generates its own climate.

Like the fires in British Columbia, Canada, in recent days it has created clouds called pyrocumulus clouds that cause lightning and high winds and in turn fuel this blaze.

In all, more than 86 fires ravaging the United States today.

more than 3 million people are under heat and fire alerts

" and that several states have also "