Eastern China was swept away by the gusts of Typhoon In-Fa on Sunday, when a whole part of the country is still occupied by the cleaning up of the damage generated by the devastating floods ... 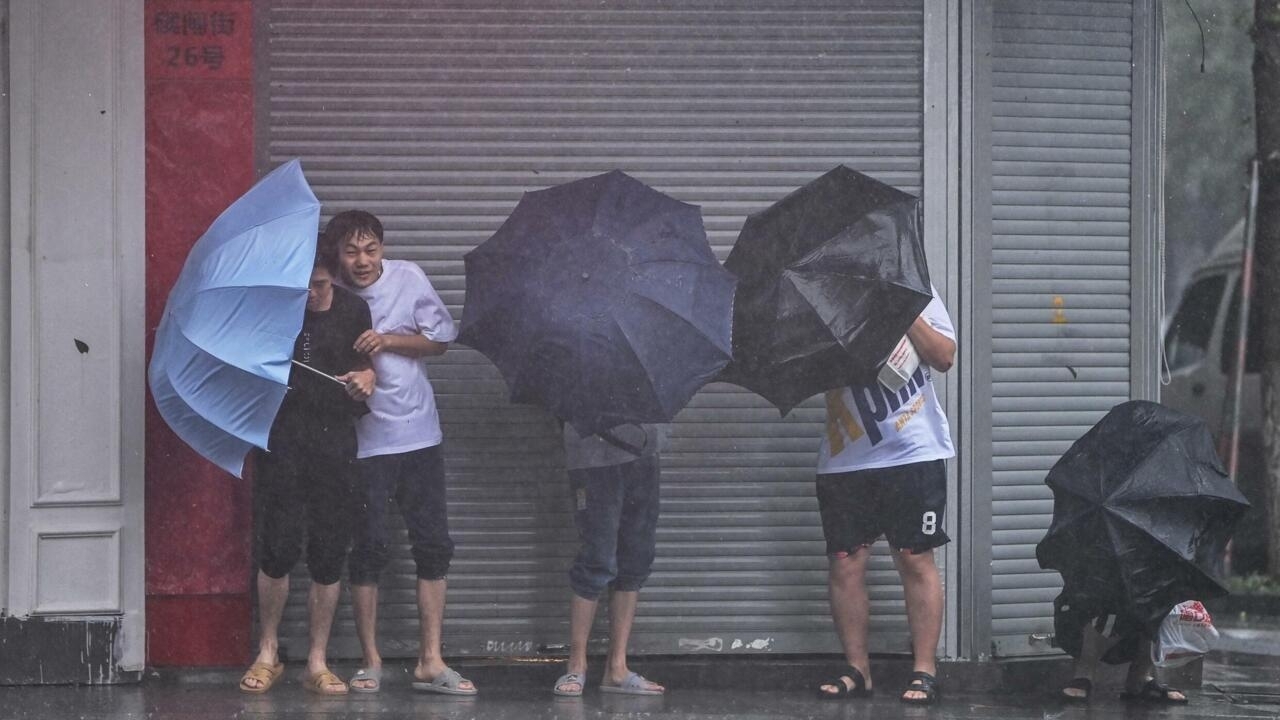 After the floods, typhoon warning over eastern China.

The territory was in the grip of the gusts of typhoon In-Fa, Sunday, July 25, while part of the country was still occupied by the cleaning up of the damage due to the floods of a few days ago.

Air, rail and sea traffic has been disrupted across an entire strip of the eastern coast, as the tropical storm is expected to make landfall late Sunday afternoon in the vicinity of Ningbo and Shanghai, two of the largest ports in the world. .

In Shanghai, the largest city in China, the wind was already blowing very strongly on Sunday morning, but the precipitation remained moderate.

All flights have been suspended at the city's two international airports, as have dozens of trains as well as activity at the ports of Shanghai and Ningbo.

Some amusement parks like Shanghai Disneyland have been closed.

And residents have been urged to avoid outdoor activities.

Further west, in Henan province, where historic flooding killed at least 58 people this week, authorities continue to clear car wrecks and debris that impede traffic on the roads.

More heavy rains to come due to the typhoon

Bad weather hit millions of people, some being stranded without food or water for days, others being rescued in bulldozer shovels.

More than 495,000 people have been evacuated, according to the Henan government, and the damage runs into billions of euros.

The Chinese meteorological agency has predicted that the typhoon will lose intensity over land.

But it is expected to cause heavy rains for several days in eastern China, including areas affected by the floods.

"It is necessary to be extremely vigilant and prevent disasters that can be caused by the extreme precipitation" of Typhoon In-Fa, the meteorological office said on Sunday.

China has always had its rainy season, but record rainfall in Henan has cast doubts on the ability of Chinese cities to cope with these weather phenomena, which experts predict will become more frequent and intense due to the climate change.

Streaked with rivers, the province of Henan is equipped with dams and reservoirs intended to stem the flow of water and irrigate agricultural regions.

But their construction dates back several decades and galloping urban expansion is putting pressure on the drainage network.