Learn about the benefits of cayenne pepper

Cayenne pepper is a hot pepper used to add a special flavor to food, and it is usually thin and red, and its length ranges between 10 and 25 centimeters. But what do you know about its health benefits? 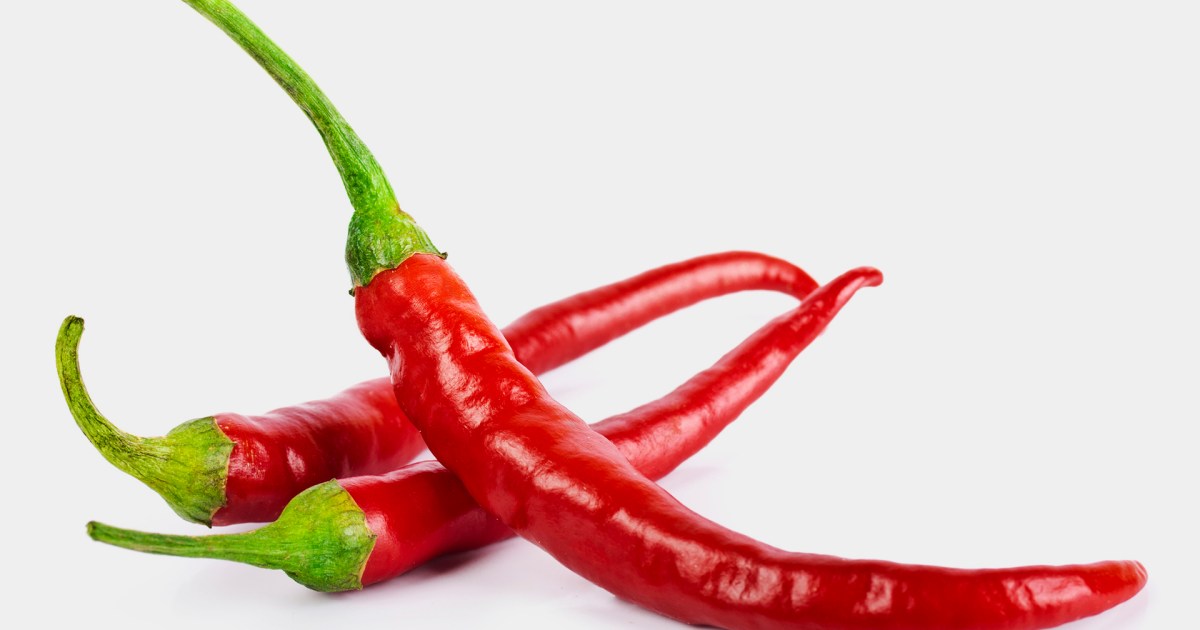 Cayenne pepper is a hot pepper used to add a special flavor to food, and it is usually thin and red, and its length ranges between 10 and 25 centimeters.

Cayenne pepper is also known as African pepper and Zanzibar pepper, and it is one of the varieties of Capsicum annual.

But what do you know about its health benefits?

In a report published by the American "Style Craze" website, writer Ravi Teja Tadimala says that chili contains a high amount of "capsaicin", which is responsible for most of the health benefits and the spicy flavor of this fruit.

In addition, there are other nutrients in this capsicum such as vitamins "A" and "C" (C), which provide more health benefits.

What are the benefits of cayenne pepper?

Studies show that cayenne pepper can boost metabolism and fight hunger, thanks to capsaicin.

A study found that people who ate red pepper with each meal had less desire to eat more than others.

This means that adding capsaicin to your diet can suppress your appetite, and thus, cayenne pepper may help you lose weight.

Although there aren't many studies on this topic, the antioxidants in cayenne pepper can boost immunity.

What are the side effects of cayenne pepper?

Cayenne pepper can cause irritation in some people, including skin, eyes, stomach, throat, and nose.

It is advised never to put pepper on broken or infected skin.

Eating cayenne pepper in large quantities can damage the kidneys or liver.

Eating pepper for pregnant women may be harmful, so it is advised to avoid it during the months of pregnancy and lactation.

Capsaicin may increase bleeding during and after surgery, so it is recommended that you avoid eating cayenne pepper at least two weeks before surgery.