Floods in China: doubts over actual death toll in Zhengzhou

In China, at least 58 people have died and 5 others are still missing according to the latest official flood report in Henan province, where more than a million people have ... 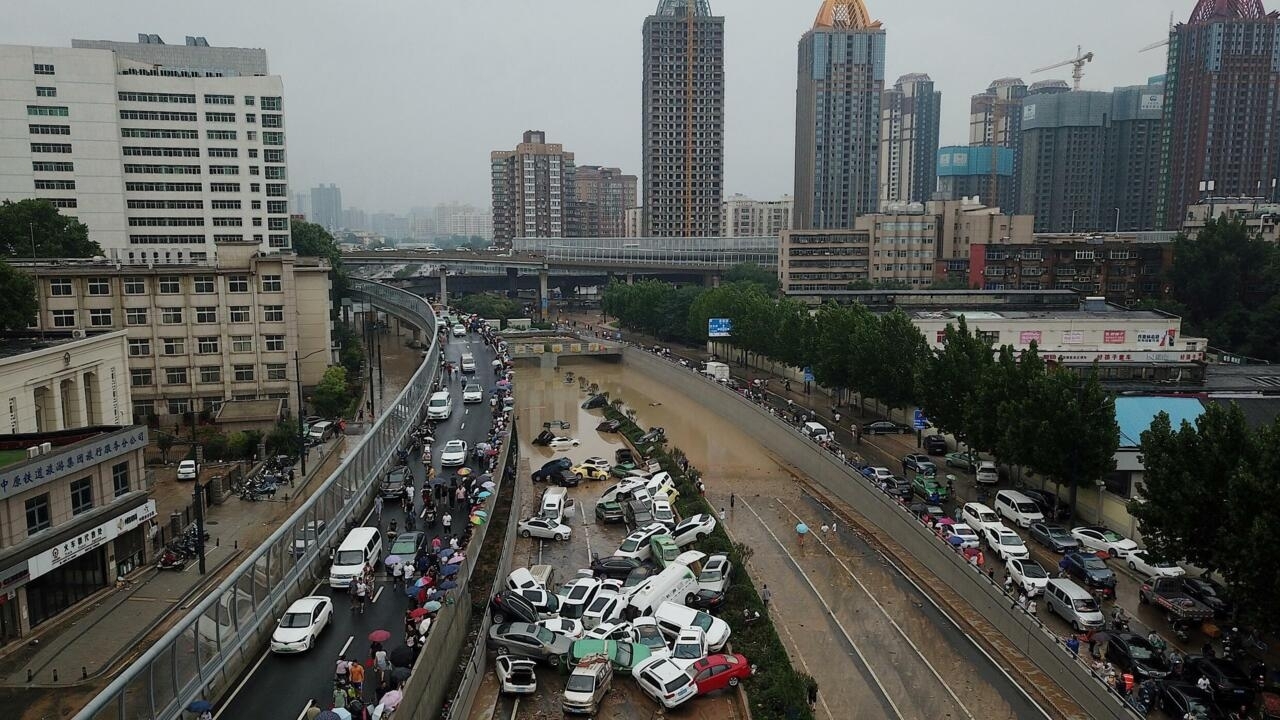 Floods in China: doubts over actual death toll in Zhengzhou

Aerial view of the entrance to a flooded tunnel in Zhengzhou, July 22, 2021. AFP - NOEL CELIS

In China, at least 58 people have died and 5 others are still missing according to the latest official flood report in Henan province, where more than a million residents have had to evacuate their homes.

With questions on the number of victims in the capital Zhengzhou, where the cleaning operations of the tunnels until then soaked with water ended.

After the metro, it is the tunnels that are the subject of questions and doubts in Zhengzhou. "

as the drainage of the

Two kilometers of concrete connecting the city from North to South, often traffic jams at peak times, six lanes in both directions which were flooded in less than ten minutes last Tuesday evening according to witnesses.

The city has not issued an official statement.

Nearly 200 vehicles were found and four drivers or passengers drowned, according to a rescue operations official speaking on condition of anonymity on the

will have to monitor the tunnels,

" a lawyer told us a few days ago on his encrypted messaging.

As often in this type of disaster, the authorities want to avoid images of victims in the press.

Natural disasters are the subject of keen attention from censorship, in order to counter criticism of a possible lack of preparation or a too slow response from the public authorities.

This does not prevent this Saturday again certain Internet users from affirming on social networks that their relatives disappeared in the tunnels or the subway of Zhengzhou.

► To read also: China: after the floods, the pumping of water has started

Tens of millions of Chinese affected by flooding

Floods in China: the toll is rising and new floods are expected

In the spotlight: the worst “millennium” floods in China