“No to health dictatorship” .. Demonstrations in France, Britain and Australia against the mandatory Corona vaccine

Several cities in Britain, France and Australia witnessed demonstrations today, Saturday; In protest against the mandatory vaccination and other health measures taken by the relevant authorities to combat the new wave of coronavirus. 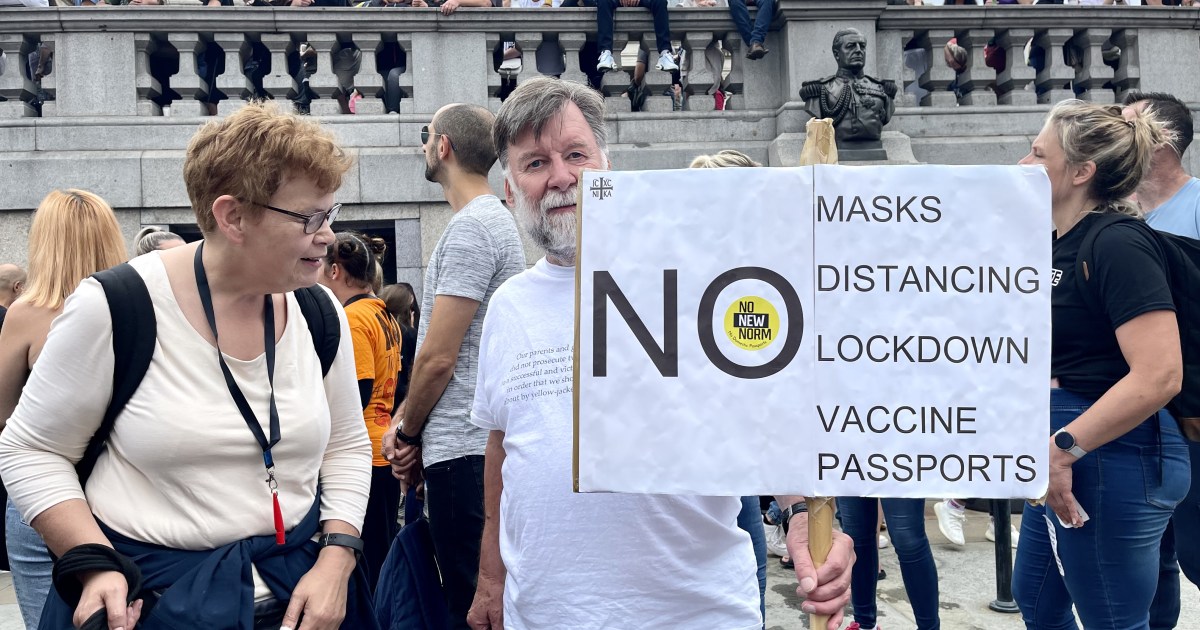 In protest against the mandatory vaccination and other health measures taken by the relevant authorities to combat the new wave caused by the mutated "Delta" of the Corona virus.

British people opposed to compulsory vaccination against the Corona virus demonstrated in the capital, London, after the government announced its next plan in the context of easing restrictions on the general closure.

Opponents reject the plan as a restriction on civil liberties.

The next plan includes measures to show evidence of vaccination, or what is known as the vaccination permit, to enter nightclubs and major events, starting next September.

This comes at a time when the government is seeking to reduce the pace of the increase in cases of corona, especially the “delta” mutated cases, which represent 90% of the current infections.

In France, thousands demonstrated, especially in Paris and Marseille;

In protest against the expansion of the scope of the imposition of the health certificate and the mandatory vaccination of some professions, including medical staff.

It is the second day of mobilization around slogans such as "for freedom" and "against health dictatorship".

This movement is recorded at a time when the majority of the French support the decision taken by President Emmanuel Macron on July 12 to impose mandatory vaccinations for health workers and some other professions, under penalty of imposition.

Expanding the scope of the health certificate to include most public places is also supported by the majority of French, according to an opinion poll whose results were published the day after this measure was announced.

Health restrictions are increasing around the world with the aim of limiting the spread of the mutated "delta" of the Corona virus and its impact on hospitals.

French lawmakers are scheduled to vote early this week on a government-drafted bill aimed at issuing a health license and imposing vaccination on health workers.

Sydney, Australia, witnessed clashes between mounted police and demonstrators who threw bottles and utensils at them, after imposing a month-long home quarantine on the city's 5 million residents.

Thousands of people also took to the streets of Melbourne after gathering in the afternoon in front of the Victorian Parliament, according to local media.

The demonstrators - most of them without masks - violated the measures to ban non-essential movement and ban public gatherings, a day after the authorities announced the possibility of maintaining restrictions until next October.

Banners were raised reading "Australia wake up", a slogan similar to those raised at similar demonstrations around the world.

"What we saw today in Sydney is unfortunately something we have seen in other cities and rejected," New South Wales Police Minister David Elliott told the media after the demonstration.

He added, "It is clear that Sydney is not immune to idiots," expecting the gathering to lead to a rise in infections, and urging participants to undergo tests to detect infection and isolate themselves.