Traffic Injury Investigator: "Safety is out of the question"

The police will review the internal traffic safety work - after the damage to police vehicles has skyrocketed. - It's worrying. You have to slow down this development within the police, says traffic injury researcher Jörgen Lundälv. 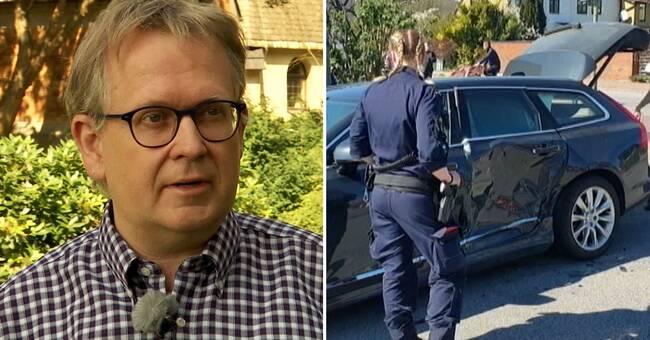 Damage that has occurred after pruning accounts for the largest cost, according to statistics from the Swedish Chamber of Commerce.

- The punches are the most dangerous activity, it involves very big risks.

According to him, it is an increasingly violent society that has resulted in an escalation of the police's use of force in traffic.

- Road safety is out of the question.

It is important to stop a fleeing vehicle, but I am not at all sure that prying is the most effective.

It is associated with excessive risks.

Jörgen Lundälv wants to see the police to a greater extent use other methods such as nail mats or helicopters and radio communication to stop vehicles.

But also by new technology.

- This autumn, the new police cars, which contain 360-degree cameras, will be in use.

Swedish police are facing a completely new stage when there is now modern equipment to use.