Thousands of Hungarians joined the annual Budapest Pride march this Saturday to support LGBTQ people and protest against a law limiting teaching on the ... 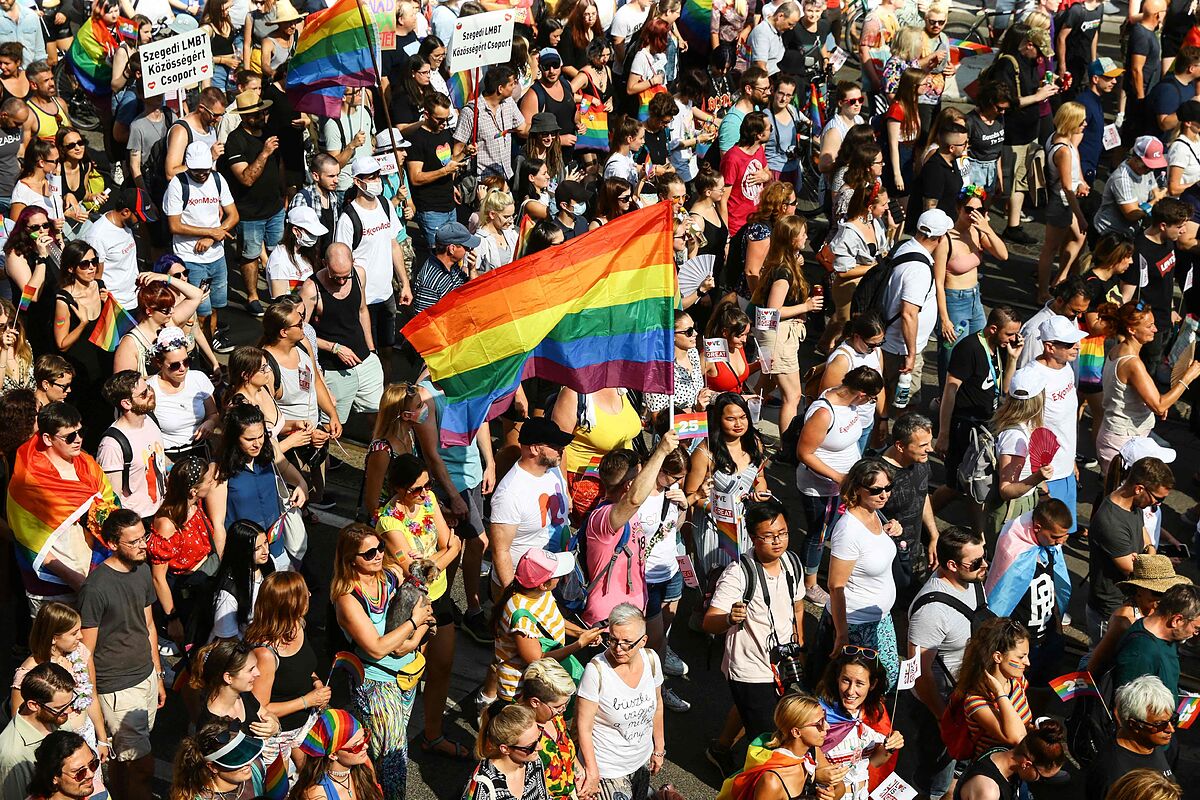 this Saturday to support LGBTQ people and protest a law limiting teaching about homosexuality and transgender issues in schools.

Hungary's nationalist Prime Minister Viktor Orban, in power since 2010, has introduced social policies that he says

aim to safeguard the traditional Christian values ​​of Western liberalism

, stoking tensions with the European Union.

The European Commission has taken legal action against the Orban government over the new law, which came into force this month, claiming that it is discriminatory and contravenes European values

of tolerance and individual freedom

. Protesters march through the streets of downtown Budapest said the legislation was dividing the nation from the former Soviet bloc and now a member of the European Union. "

The law is outrageous. We live in the 21st century, when things like this shouldn't be happening

. We are no longer in communist times, this is the EU and everyone should be able to live freely, "said Istvan, 27, present at the march with her boyfriend.

The government of Christian Democrat Fidesz de Orban, which faces a tough election next year, says LGBTQ rights and other similar social issues are matters for national governments to decide. It says the law aims to protect children and not homosexuals. Organizers said in a statement that

the rally would show opposition to "power-hungry politicians"

and reject intimidation of LGBTQ people.

"Instead of protecting minorities, the Fidesz government is using laws to make members of the LGBTQ community marginalized in their own country," says one protester.

As that issue has drifted off the political agenda, her focus has shifted to issues of gender and sexuality. Boglarka Balazs, a 25-year-old economist who joined the protest, said the legislation was a tool for advocacy. Bell.

"This is nothing more than a detour that tries to tear the country apart. It is a provocation by the elections," he said.

. More than 40 foreign embassies and cultural institutions in Hungary issued a statement supporting the Budapest Pride Festival. "We encourage you to measures are taken in all countries to guarantee the equality and dignity of all human beings regardless of their sexual orientation or gender identity, "wrote the signatories, including the embassies of the United States, Great Britain and Germany.

Balint Berta, 29, who works in a clothing store, said the legislation was creating artificial tensions in society.

"The more politics incites this, the society will change and

people will turn against each other,

The week of Diostuitero: from Barrabás to Morata, pardons for all