&amp; quot; They received monthly deliveries of cash and different amounts at the Presidential House, contributing to the embezzlement of 351 million dollars from the State &amp; quot;, ... 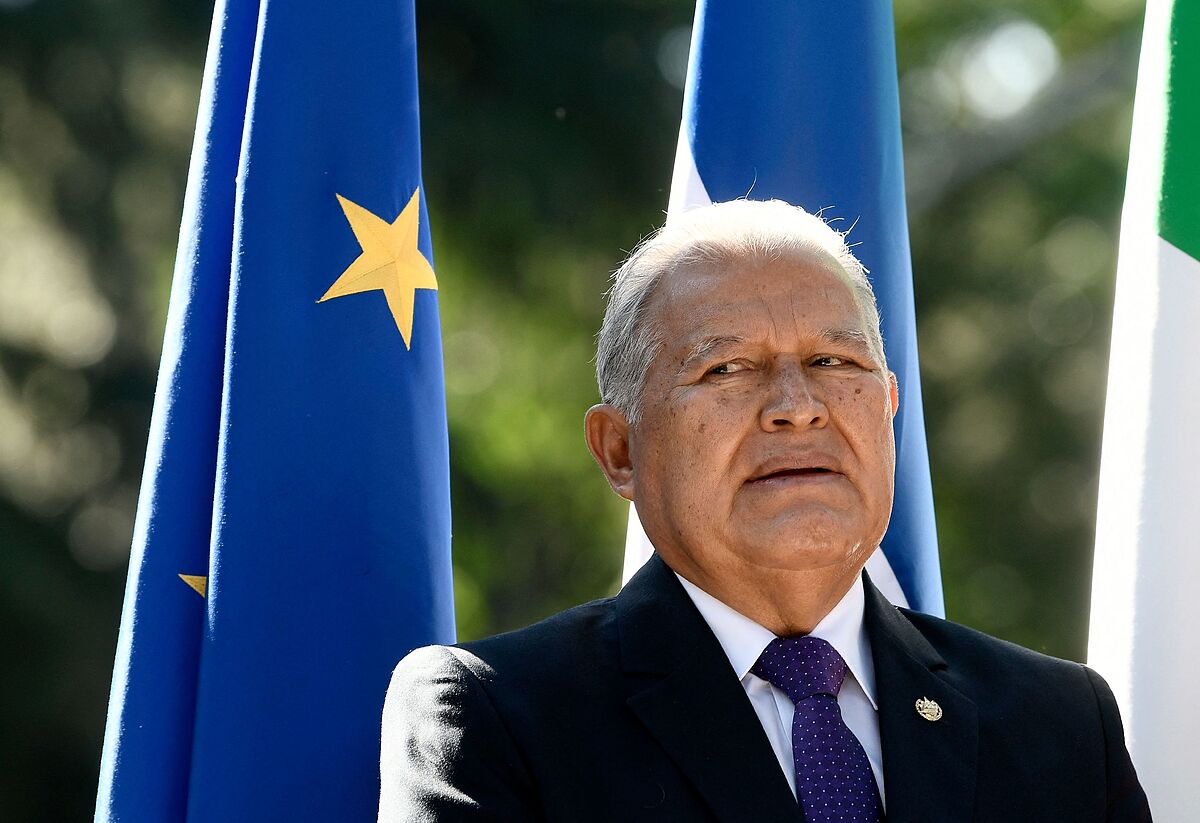 "They received monthly deliveries of cash and different amounts at the Presidential House, contributing to the

embezzlement of 351 million dollars from the State,"

revealed the Attorney General of El Salvador, Rodolfo Delgado, after announcing an arrest warrant against the former president of this country between 2014 and 2019,

However, these events are not related to his position as President, but as Vice President in the previous Government of Mauricio Funes (2009-2014).

According to the investigation of the Prosecutor's Office in the framework of the 'Embezzlement Case', Sánchez Cerén would have illegally collected 530,000 dollars during that period "apart from his salary as Vice President", although he was not the only member of the Executive to do so. Specifically, the Prosecutor's Office has ordered

the capture of 10 former officials of the Government

of Mauricio Funes, belonging to the Farabundo Martí National Liberation Front (FMLN). For now, five former officials have already been arrested, including the former Minister of Health and former Mayor of San Salvador

the former Minister of Finance,

and the former Minister of Labor,

and former Vice Minister of Technology

In addition to the former Salvadoran president, former Minister of Public Works

former Minister of the Environment

and former Minister of Agriculture

are fugitives from justice

All these former officials are accused of the crimes

of money and asset laundering, embezzlement and illicit enrichment.

The Attorney General of El Salvador has detailed that the investigation stems from the Public Looting case in the period between 2009 and 2014, when the Legislative Assembly approved a budget of 80.8 million dollars to be allocated during those five years to 'reserved expenses of the Presidency '.

However, "at the end of that period, the amount ended up reaching 351 million dollars for transfers that were authorized by the Ministry of Finance without the proper authorization of the Legislative Assembly."

Likewise, the Prosecutor recalled that the Constitutional Chamber issued two sentences in which it declared that "these mechanisms for theft of money from Salvadorans were illegal."

"NONE LIVED IN A CARDBOARD HOUSE"

The President of El Salvador himself,

Nayib Bukele, made an

irony on Twitter about the arrests: "they confirm that none of those captured lived in a cardboard house." At the same time, he denounced in the same social network that former president Salvador Sánchez Cerén

"is officially a fugitive from justice"

and revealed that "he left our country via the land border in December 2020 and never returned." For this reason, the newly appointed Attorney General of this Central American country has announced that he will present the request before the competent judge to issue the red broadcast of Interpol's capture against him and the rest of the officials who left the country.

responded on Twitter that Sánchez Cerén "was never notified that he was being investigated by the Prosecutor's Office and he had no restrictions on his movements." Thus, he reported that his former vice president

"left the country eight months ago without an arrest warrant against him.

Why is he going to be a fugitive from justice if he was not running away? "He asked. Funes also accused the Attorney General of lying, since all the transfers of resources for reserved expenses" were authorized by the Legislative Assembly. " For this reason, he considered that “everything indicates that the government's witch hunt against the left-wing opposition began.” Funes is under investigation for illicit enrichment and, therefore, has been in Nicaragua since September 2016 where he was granted asylum after This is what he requested at the end of August of that year to the Government of

for "political persecution" against him. Specifically, the highest court of Justice of El Salvador ordered an investigation of him, his wife,

for an unjustified increase in his assets that exceeds $ 700,000.

Meanwhile, the head of the Prosecutor's Office has wanted to make it clear that "we are not questioning the money they received based on their positions, but the illicit money that reached their pockets through illegal mechanisms." Therefore, he stressed that

"it is not a persecution of politicians, but of thieves

because they are officials who swore to defend the Constitution and took money knowing that it was from the State." The official went further by denouncing that the FMLN government "replicated the delivery of bonuses as a mechanism of corruption, counting on the support of the former heads of the Attorney General's Office to cover up this crime," although he did not present evidence that involved his predecessors in office, nor are there arrest warrants against him.

For his part, the General Secretary of the FMLN,

denounced that the arrests are intended to "silence critical voices, threaten all kinds of opposition and, above all, what we never ever thought would return to El Salvador: political persecution against that that opposes the dominant group. "

It should be remembered that Sánchez Cerén is not the only former president of El Salvador with problems with the law, since, in 2016,

. The arrest was derived from an investigation by the Supreme Court of Justice that revealed that, during his government, 15.8 million dollars were withdrawn from the Institutional Subsidiary account of the Public Treasury of the Presidency with checks issued in favor of Saca that ended in two accounts of his then private secretary

Saca was also investigated for an unjustified equity increase of more than $ 4 million.

Precisely, Saca, who was sentenced to a 10-year prison sentence in 2018 for his participation in the diversion of 301 million dollars from public funds, appeared this Wednesday before a Special Commission in the Legislative Assembly of El Salvador, where he

confessed having paid "bonuses" to officials of the executive

and outside of it, among which are former prosecutors and former magistrates of the Supreme Court of Justice and the Constitutional Chamber.

, although he died in January of that year at 56 years of age, so that, initially, the investigation against him could not be concluded for donate 15 million dollars to Taiwan for the victims of the January and February 2001 earthquakes. However, in April 2018, the Fifth Sentencing Court of El Salvador acquitted the former president, considering that the Prosecutor's Office could not finally prove that he diverted 15 million dollars of donations delivered by Taiwan for the victims of the earthquakes, for which it decided that its children, who were its universal heirs, should not return that amount to the State.

CrimeThe challenge of the detainee in Estepona for hacking Joe Biden: "Let them arrest me, I'm going to laugh at them"

The parents of the girl who died from negligence in Vinaròs: "Why are the nurses who killed our daughter still working?"