Saudi Arabia announced on Saturday that its defenses had thwarted attacks carried out by the Houthi group against the southern region of the kingdom, while at the same time it extended the work of the mine clearance project in Yemen for a year. 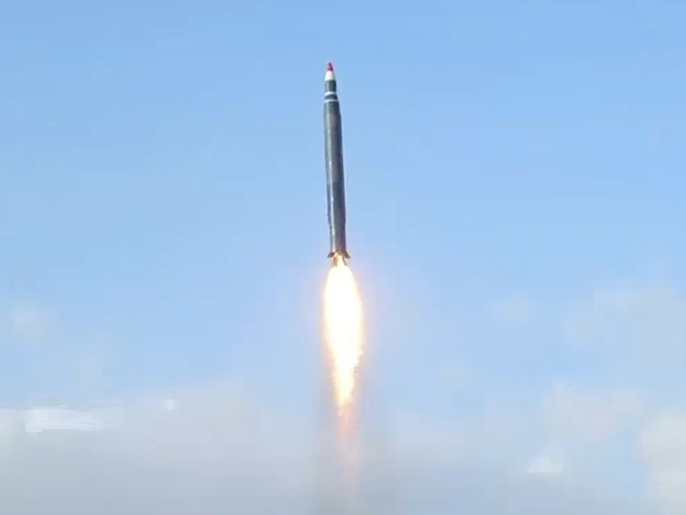 Saudi Arabia announced on Saturday that its defenses had thwarted attacks carried out by the Houthi group against the southern region of the kingdom, while at the same time it extended the work of the mine clearance project in Yemen for a year.

On Saturday, official media reported that the Saudi-led coalition had intercepted and destroyed a ballistic missile launched by Houthi militants from Yemen towards the southern region of the kingdom.

Earlier, it was announced the interception and destruction of 3 booby-trapped drones launched by the Houthi group.

The coalition said - in a statement reported by the Saudi Press Agency (SPA) on its Twitter page - that "the attempts of the hostile militia to target civilian objects and civilians were repelled and destroyed."

In a related context, Saudi Arabia extended the project to clear mines in Yemen for a year, at a cost of about $33.5 million.

The official Yemeni news agency (Saba) said that "the King Salman Center for Relief and Humanitarian Action (a government institution) has extended the contract for the implementation of the "Masam" project to clear Yemeni lands of mines planted by the Houthi militia for a year, with an amount of 125 million and 981 thousand Saudi riyals (about 33.5 million Saudi riyals). Million dollars)".

It quoted the general supervisor of the center, Abdullah Al-Rabiah, as saying that the renewal of the contract with the implementing partner comes from the center's sense of the humanitarian responsibility entrusted to it towards the brothers in Yemen.

He added that this step is necessary to complete "clearing Yemeni lands of mines that the Houthi militias have manufactured and cultivated in an unprecedented, random manner."

Al-Rabiah pointed out that the "Pores" project has managed to date to remove 263,428 different mines and shells.

According to previous statements by Yemeni officials, the amount of mines planted in their country since the start of the war has reached about one million, and nearly a quarter of them have been cleared.

It is noteworthy that in June 2018, the King Salman Humanitarian Aid and Relief Center launched the "Masam" project to clear mines in Yemen, which led to the killing and wounding of thousands of civilians, according to government and human rights reports.

Yemen has been witnessing a war for nearly 7 years, which has killed 233,000 people, and 80% of the population - numbering about 30 million people - has become dependent on support and aid, in the worst humanitarian crisis in the world, according to the United Nations.

And since March 2015, a coalition led by neighboring Saudi Arabia has been carrying out military operations in support of government forces, in the face of the Iranian-backed Houthis, who control several governorates, including the capital, Sanaa.