Several thousand people took part in a protest against sanitary passes in the French city of Marseille. This is reported by La Provence. 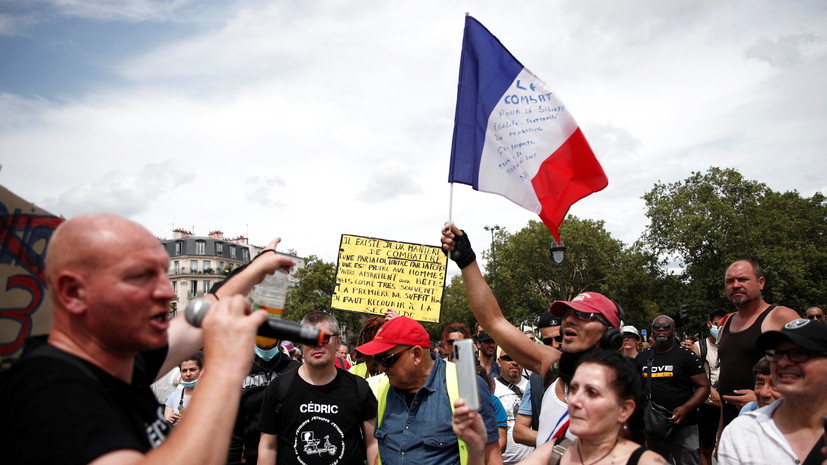 This is reported by La Provence.

It is noted that the demonstrators are marching through the streets of the city, singing the Marseillaise, the national anthem of France, carrying the country's flags and chanting “Freedom”.

According to the newspaper, the protesters stopped for a while outside the prefecture building.

On July 14, police in Paris used tear gas to disperse a protest against sanitary passes.