The President of the Government, Pedro Sánchez, believes that criticizing his trip to the United States is equivalent to speaking ill of Spain abroad. That's the message that the head of the ... 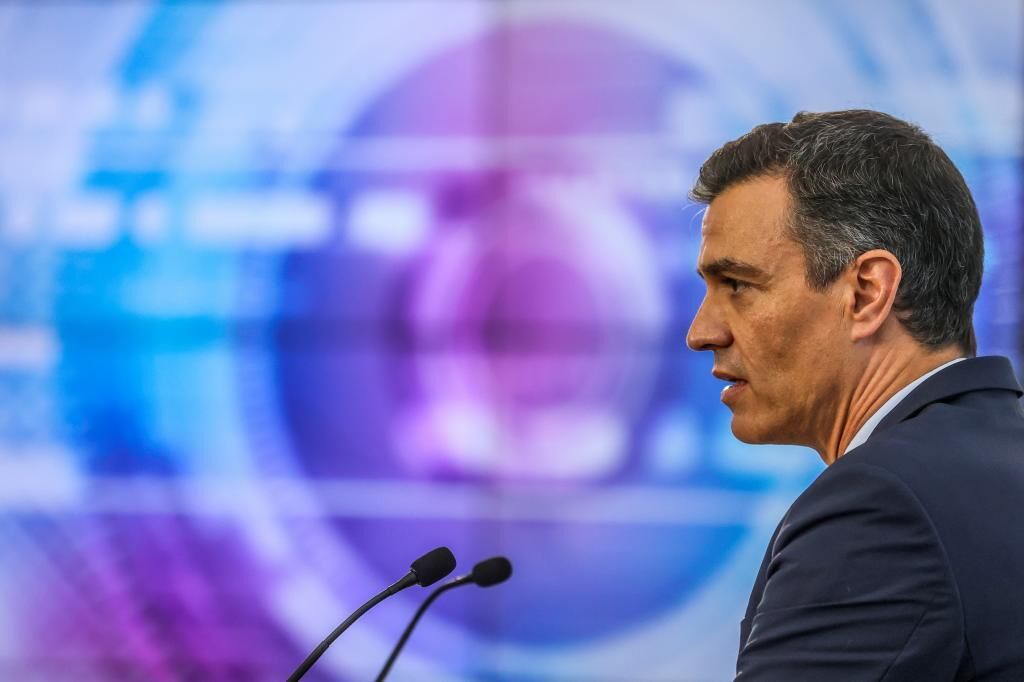 , believes that criticizing his trip to the

, which was equivalent to the dawn of today in Spain -, when asked about the statements of the president of the PP,

, who had described the presidential journey as "embarrassing ".

"We are coming to the United States to speak well of Spain,

" Sánchez said. "And, therefore, the political parties, and particularly the opposition, will have to decide on which side they stand, on the side of Spain so that more international companies and investments come, or on the side of staying in tension and confrontation" , he concluded. For the president, "the Spanish citizens do not deserve it."

, which was, in 1938, the company that began to transform the area south of San Francisco into the technology center known today as Silicon Valley ("Silicon Valley " in English). But, despite the economic content of the trip, Sánchez's clearest interventions occurred in the context of national politics. In particular, in relation to relations with the PP, where Sánchez announced that he is not going to call Casado to unblock the renewal of the General Council of the Judiciary (CGPJ).

"If you ask me what measure I am going to take, simply: remember, remember, and remind the opposition that it has to comply with the

, because the important thing is to strengthen the institutions for the proper functioning of our institutions," said Sánchez, referring to not only the CGPJ but also other organizations, among which he cited the

Court of Accounts, the Constitutional Court

In other areas, Sánchez tiptoed past. At the press conference, the president eluded himself to respond for the third time in two days - the other two times had been in interviews with CNN en Español and Bloomberg televisions - what the impact of

in the Spanish economy and especially in the tourist season, which is critical for the Spanish economy. Asked about it, the chief executive elaborated on an explanation of three minutes and 34 seconds about the success of the vaccination plan in Spain, with a special detail for the author of the question when commenting that "there is data that I have given that, Perhaps, because you are a correspondent here, you have heard less from my mouth. " What did not come out of his mouth was the effect of the new wave of cases in tourism, which accounts for 14% of Spain's GDP, or in the rest of the economy.

has not only had an economic nature, but has also focused on Wall Street, Hollywood and

, which represent three sectors - financial, entertainment, and technology - among whose characteristics is not the propensity to pay. taxes or controlling the salary of its executives, as exemplified by the case of Apple's president and CEO,

, who met with Sánchez yesterday, and has earned about a billion dollars since he assumed the presidency of the company ten years ago. years.

This seems to have caused certain tensions in the government coalition in Spain that were revealed on Thursday, when, after the president's meeting with several large funds and Wall Street banks, the Second Vice President and Minister of Labor, Yolanda Díaz, affirmed that "Investment funds are there to make money, and governments, especially progressives, to improve people's lives." Díaz insisted that what worries her are not the great managers with whom the president met, but "the unemployed and unemployed."

The head of the Government did not want to enter that debate either, and limited himself to launching a solomonic "all of us in the Government share the same objective, which is also reflected, in black on white, in our