More than 160 thousand people took part in protests throughout France against the introduction of sanitary passes. 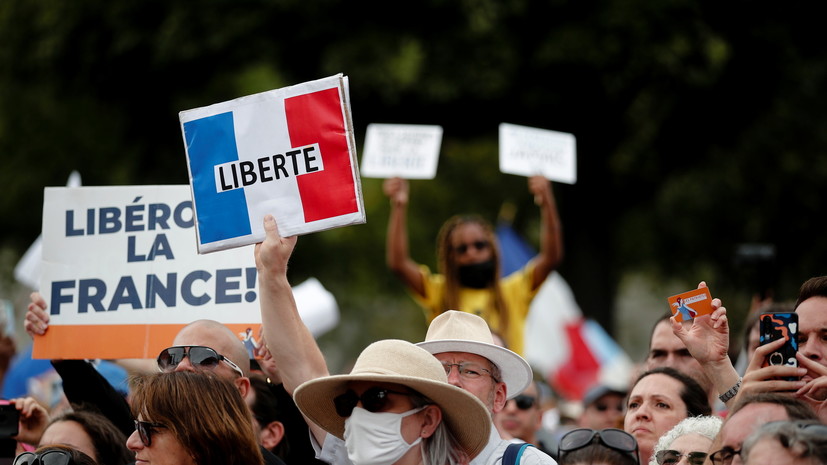 This was reported by the BFMTV TV channel.

According to official data, in Paris, the number of demonstrators was 11 thousand.

It is noted that the action, organized in the capital of France, was accompanied by riots and clashes with law enforcement agencies.

On July 14, it was reported that police in Paris used tear gas to disperse a protest against sanitary passes.