$ 255 million bail and handing over his passport .. 4 strict conditions for the release of Tom Barrack, former advisor to Trump

Lawyers for Tom Barrack, a former adviser to Donald Trump, have reached an agreement with the prosecution team to release him on huge bail pending the start of his trial on charges of illegally working for the UAE. 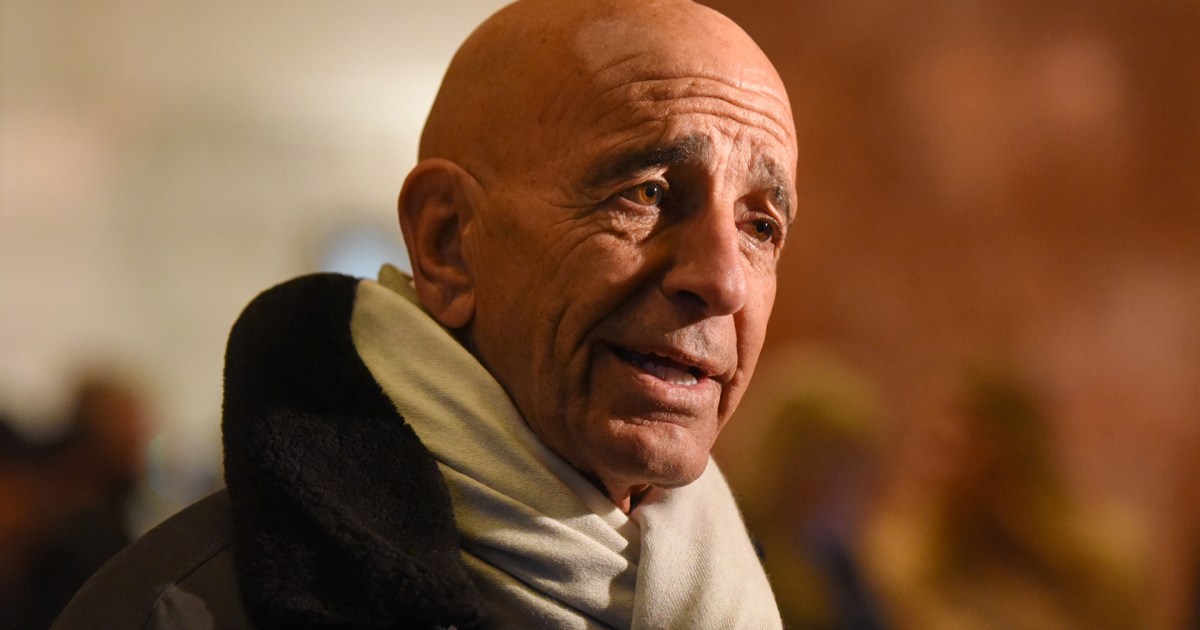 Lawyers for Tom Barrack, a former adviser to former US President Donald Trump, have reached an agreement with the prosecution team to release him pending trial proceedings on charges of illegally working for the UAE.

The agreement imposes several conditions on Barak, including that he surrender his passport, adhere to his place of residence and wear a bracelet for GPS monitoring.

The agreement also stipulates that the court will seize $250 million in bonds belonging to Barak, in addition to $5 million in cash, to be confiscated in the event of his refusal to appear before the court.

A federal judge in Los Angeles (western America) must agree to the terms of Barak's release on bail.

Representatives of the prosecution team refused to release Barak, fearing that he would leave the country irregularly, given his huge wealth, the presence of private planes at his disposal and his history of international travel.

Last Tuesday, the US Department of Justice announced the arrest of Tom Barrack, on suspicion of his involvement in activities for the UAE in the United States, without notifying the authorities.

The ministry said in a statement that Barack - a billionaire and friend of Trump - is accused of working for the UAE without official notification, and faces 7 charges related to dealing with the UAE between April 2016 and April 2018, and the indictment was brought by federal prosecutors in the Brooklyn area of ​​New York.

The indictment stated that Barak, 74, and an Emirati businessman did not register themselves on the list of foreign agents under the FARA law, which regulates the work of lobbyists in the United States.

The indictment added that the two men used their influence to advance the goals of Emirati foreign policy inside the United States.

She explained that Barak and two defendants - one of whom is an Emirati - worked under the guidance of Emirati officials to influence the 2016 presidential elections, and the ministry indicated that the three had repeatedly benefited from Barak's relationship with a presidential candidate who eventually reached the presidency, in reference to Trump.

The US Department of Justice added that Barak's arrest and indictment is a warning message to anyone trying to work for a foreign government without notifying the ministry.

The indictment stated that Emirati businessman Rashid Sultan Al-Shehhi contacted Barak in 2017 about the UAE's opposition to holding a summit in the American resort of Camp David to resolve the Gulf crisis, and Barak had taken it upon himself to persuade Trump not to hold the summit, which was canceled later.

On the other hand, a spokesman for Tom Barrack denied the accusation against the latter, saying that Barak put himself at the disposal of the investigators from the beginning, and that he is not guilty, and will defend not to commit any legal violation.

It is noteworthy that Tom Barrack was a prominent supporter of the Trump campaign in the 2016 presidential elections, and took over the leadership of his inauguration committee on January 20, 2017.