JO-2020: despite the Covid, the Tokyo Games are finally open! Tokyo (AFP) The most anticipated Olympic Games in history, delayed for a year by the coronavirus, officially started on Friday in Tokyo: the three shots of this fortnight of sport were given during a sober, sometimes serious opening ceremony , in the still heavy context of the pandemic. "I declare open the Tokyo Games", solemnly declared the Emperor of Japan Naruhito, in the formula consecrated 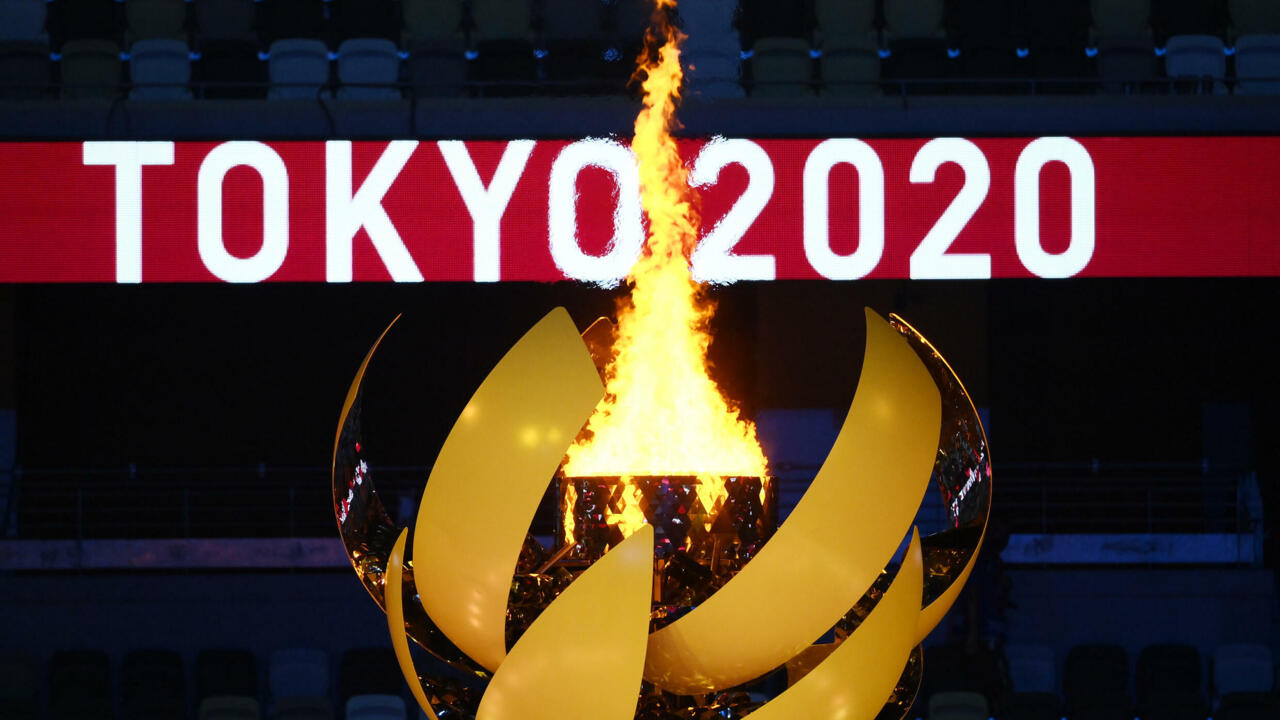 The most anticipated Olympic Games in history, delayed for a year by the coronavirus, officially started on Friday in Tokyo: the three shots of this fortnight of sport were given during a sober, sometimes serious opening ceremony , in the still heavy context of the pandemic.

"I declare open the Tokyo Games", solemnly declared the Emperor of Japan Naruhito, in the formula consecrated and eagerly awaited by the sports movement since Tokyo was designated host city of the Olympics-2020 in September 2013.

In a world still under the threat of Covid-19, the opening ceremony did not have the festive character it normally has, and that it had in particular in Rio in 2016 to samba tunes.

It is the Covid which dominated this ceremony, between tribute to the medical staff on the front line against the pandemic, with its nurses and caregivers chosen to carry the Olympic flag until the mat when it will fly for two weeks and among the last carriers of the flame, a video of athletes training alone, with reference to the competitions stopped dead by the pandemic, and a parade, unpublished, of masked athletes.

This particular context was also at the heart of Thomas Bach's speech, who praised the resilience of Japan and the athletes: "Today is a moment of hope. Yes, it is very different from what we all imagined. But let's take advantage of this moment, because finally we are all gathered here (...) This feeling of unity is the light at the end of the dark tunnel of this pandemic ", insisted the President of the International Olympic Committee (IOC).

The curtain raiser for the Games of the XXXII Olympiad lasted three and a half hours and was punctuated by fireworks, modern dance paintings, technological feats with a terrestrial globe formed in the Tokyo sky by drones, traditional Japanese arts and even humor with a mime of pictograms representing all the sports on the program.

The ceremony took place in front of almost empty stands while the Tokyo Olympic Stadium can accommodate 68,000 spectators in normal times.

Among the few thousand privileged present, French President Emmanuel Macron and the First Lady of the United States Jill Biden who followed the parade of 206 delegations lined up for the first time and for the vast majority as now authorized by the IOC behind two flag bearers, a woman and a man.

When they entered the stadium, no applause or cheers, but the athletes still greeted the empty stands and some delegations, more joyful and numerous than others, such as Argentina, the Dominican Republic or the France, whose flag bearer Samir Aït Saïd did a back somersault in front of his teammates who sang the Marseillaise, took full advantage of the event, often unique in the career of an athlete.

As in Rio in 2016 and for the Pyeongchang Winter Games in 2018, Tongan Pita Taufatofua caused a sensation by parading topless, his body oiled, while NBA star Kevin Durant was drowned in the American delegation.

As tradition dictates, the ceremony ended with the burning of the cauldron which will burn for the duration of the Games.

With the last torchbearer, the Japanese tennis player Naomi Osaka.

Before the start of the ceremony, hundreds of curious people had thronged around the stadium to have their photos taken, while a dozen anti-Olympics protesters made their voices heard and their hostility to this event which cost Japan 13 billion euros, including an additional cost of 2.3 billion due to the postponement of one year.

Even if Tokyo is hosting the Summer Olympics for the second time, after 1964, these Games, which almost did not take place, are definitely not a normal event in Olympic history.

To reassure their public opinion in the face of the explosion in coronavirus cases, the Japanese authorities have taken drastic measures: daily tests for athletes, wearing a mask compulsory for all, gatherings limited to the strict minimum in the Olympic Village, ban on relatives and the families of foreign athletes to come to Japan and finally, never seen in the history of the Olympics, almost total absence of the public.

In sporting terms, these Olympics are already historic, since, for the first time, there will be as many women as men to participate in the 339 events on the program, in the name of the gender balance dear to Thomas Bach, who also pushed for the inclusion of so-called "young and urban" sports, such as skateboarding, surfing, 3x3 basketball or even climbing.

Among the 11,090 athletes registered in Tokyo, no sports icon of planetary dimension, apart from the boss of world tennis Novak Djokovic, but the American swimmers Caeleb Dressel and Katie Ledecky, their compatriot Simone Biles (gymnastics), engaged on all fronts in their sports, can afford an impressive collection of titles and / or medals.

Three years from the next Olympic Games, in 2024 in Paris, the hero of these Games will perhaps be a French colossus: in the land of judo, in the "temple" of Nippon Budokan, Teddy Riner can become on July 30, at the age of 32. , the first triple Olympic champion in history in the premier heavyweight category.

In the meantime, the first Olympic title of these extraordinary Games will be awarded on Saturday morning, in the women's 10m rifle shooting event.

The first of 339 gold medals distributed by August 8.