Promising areas: what new weapons systems for the Aerospace Forces and ground forces are presented at MAKS-2021

At the 2021 International Aviation and Space Salon, a series of novelties in the field of electronic equipment was presented, which accelerate the process of information processing and increase the accuracy of hitting targets. In particular, the branch of the Gromov Flight Research Institute demonstrated a solid-state digital data storage device for the Okhotnik reconnaissance and strike UAV and other types of aircraft that are being tested. The Elins Science and Technology Center presented the Vityaz automated fire control system, and the Agat Research Institute presented modern models of active homing heads for air-to-air missiles. In addition, at MAKS-2021, promising models of power units for the latest aircraft and drones are shown. 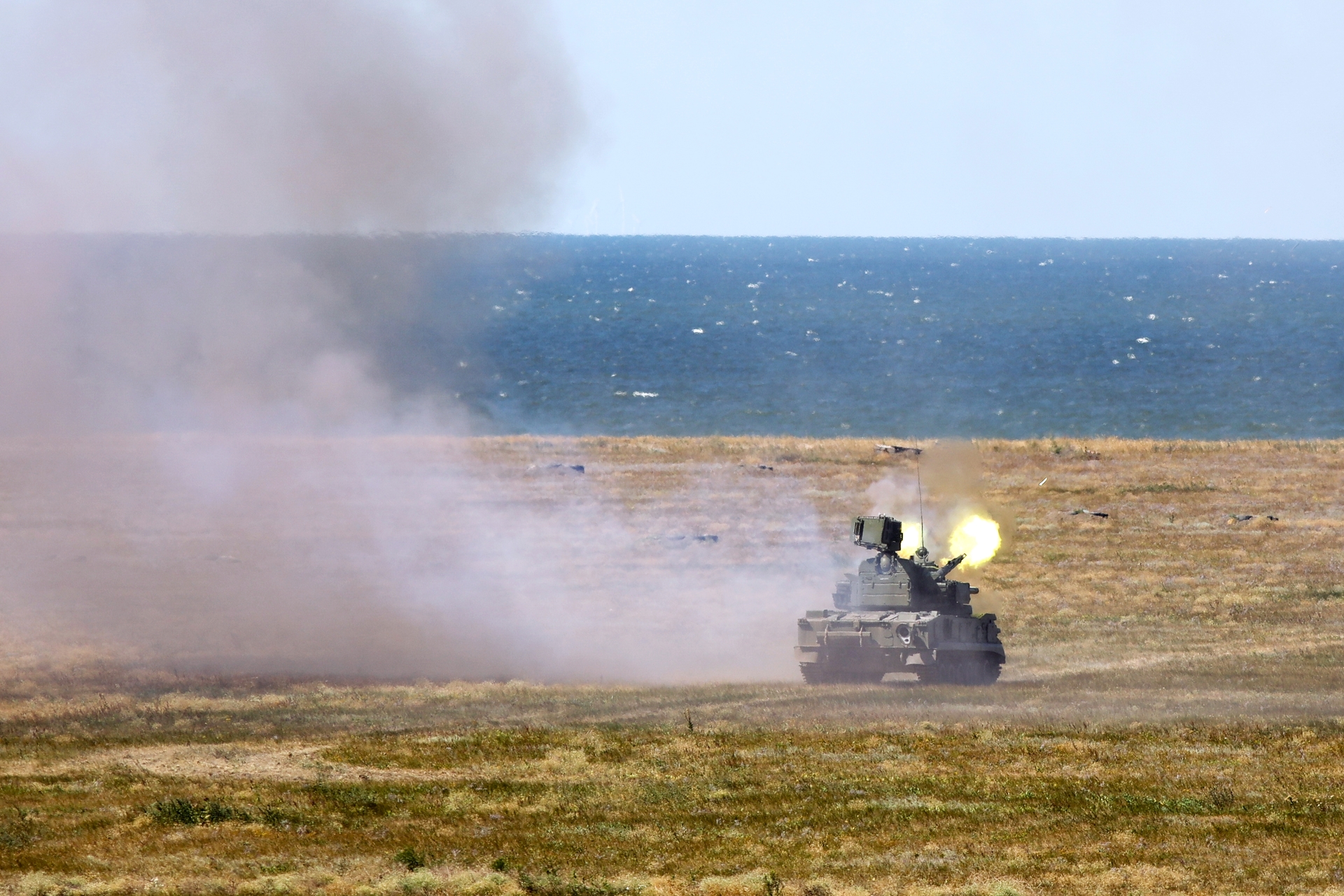 In addition to novelties in aircraft and helicopter technology, a wide range of promising electronic equipment models that are of great importance for the army and the civilian sector of the Russian Federation in the context of import substitution are presented at the 2021 International Aviation and Space Salon.

One of the premieres, which attracted the attention of industry specialists, is the newest solid-state drive of digital and analog information TN3.300 developed by Konved-6 LII JSC (a branch of the Gromov Flight Research Institute).

It is designed to test all types of aircraft, including military ones.

ТН3.300 collects and processes information from sensors installed on the aircraft.

This allows engineers to evaluate the quality of work of units, assemblies and systems of experimental air platforms and to eliminate the identified defects in the future.

ТН3.300 is adapted for use in bench, ground and flight tests.

As the designers of the enterprise told RT, the TN3.300 is planned to be installed on the prototype of the heavy reconnaissance and strike UAV S-70 "Okhotnik", serial deliveries of which to the troops will begin in the coming years.

“This is a completely Russian development with Russian software.

In the aviation industry, the drive is to replace the western KAM-500, "Alexander Zhiltsov, deputy director for R&D and production of Konved-6 LII, told RT.

He stressed that TN3.300 is in no way inferior to the foreign information collection complex.

Despite its modest dimensions, the product has high computing capabilities and, under certain conditions, is capable of transmitting information about the technical condition of the aircraft online.

The salon in Zhukovsky was not without new equipment for ground vehicles.

The product consists of a digital panoramic sighting complex "Krechet" and automated workplaces for the commander and gunner.

Initially, the "Vityaz" was installed on the BMP-3, but now, in an improved version, it is being tested as part of the armament of the modernized Tunguska air defense missile and cannon system.

“On the BMP-3, we worked out new technical solutions and after correcting the shortcomings, the system received the Tunguska.

But, in principle, the LMS can be installed on different types of equipment that hit ground and air targets, including drones, which is especially important today, "Elins' engineer Roman Solovyov said in an interview with RT.

Vityaz is distinguished from other products of this kind by a completely digital format of work, the integration of artificial intelligence elements, and the function of remote control of the fighting compartment, including via a wireless communication channel.

The fire control system operates regardless of weather conditions and at any time of the day.

It allows the crew of a combat vehicle to fire on the move and from closed positions.

The tasks of detecting, tracking and targeting enemy objects in Vityaz are fully automated.

Another important advantage of the OMS is the duplication of control mechanisms: if the commander is wounded, then the gunner will be able to perform his functions, and vice versa.

Vityaz is an optical system.

Effectiveness largely depends on the characteristics of the matrix.

We are currently working on obtaining a matrix with a wavelength of 8-12 microns, which will significantly improve the quality of the image that the crew sees.

The range of obtaining the necessary information will also increase, ”said Solovyov.

However, with the introduction of sanctions, it became necessary to replace them.

According to Solovyov, the promising matrix in Vityaz will significantly surpass the imported samples that were supplied to the Russian Federation until 2014.

The traditional participants of MAKS-2021 are the enterprises of the Almaz-Antey concern, one of the world's largest manufacturers of air defense and missile weapons.

This year, at the exhibition in Zhukovsky, JSC “Moscow Research Institute“ Agat ”demonstrated its products.

At the salon site, the company presented an improved version of the active radar homing head (ARGS) 9B-1103M-200PA with an additional passive channel.

It is installed on air-to-air missiles to destroy various types of aircraft, cruise and anti-radar missiles.

After receiving preliminary target designation and launch, the rocket from this ARGS flies to the target autonomously, without radar support.

The electronic filling of the seeker can operate in the speed range from 0.1 to 5 Mach numbers.

The 9B-1103M-200PA readiness time without preliminary switching on is 5-8 seconds, after switching on - one second.

“This head has worked very well, although we have better designs.

It's just that due to the secret nature of new projects, far from everything is allowed to be demonstrated.

But I can assure you that our homing heads are capable of hitting the most difficult air targets, "Sergei Kovalev, head of the Agat short-range missiles department, said in a conversation with RT.

According to him, the company focuses on the creation of ARGS, immune to natural and electronic interference of the enemy.

In addition, "Agat" is engaged in the improvement of systems capable of almost error-free screening of false targets and hitting priority targets.

“ARGS is a very complex product.

In fact, this is a small-sized radar station, the "brains" of the rocket.

Before launching a rocket with our heads, they receive information from the aircraft, and then independently capture, accompany targets and make a decision on defeat, ”Kovalev explained.

To create high-quality ARGS "Agat", as the head developer, attracts the resources of leading domestic enterprises.

According to Kovalev, the products of the research institute allow modern Russian anti-aircraft missile systems and combat aircraft to effectively perform tasks.

Units for aircraft and UAVs

A wide range of modern and advanced aircraft engines were also presented at MAKS-2021.

In particular, a full-size model of the TA14-114 auxiliary gas turbine power plant was demonstrated at the exhibition.

The IL-114-300 regional passenger aircraft is equipped with this product.

The car made its first flight in December 2020 and is the debutant of the aerospace show in Zhukovsky.

TA14-114 was developed by the specialists of JSC Scientific and Production Enterprise Aerosila (Stupino).

The unit is designed to start the starter of the Il-114-300 main engine and power the aircraft when the motors are turned off.

) can provide up to 30 kW of energy and eliminates the need to start the main engine, when, for example, it is necessary to air-conditioning the cabin.

TA14-114 stands out for its modest dimensions and low weight - 65 kg without a generator, "Aerosila designer Alexei Afanasyev told RT.

In addition, the TA14-114 serves as a backup energy source in case of serious malfunctions in the cruise engine or in its generator.

Among the promising products at the Aerosila stand is the TA18-200E auxiliary gas turbine engine designed for use on aircraft with electric traction (hybrid power plant) and heavy large-sized UAVs.

“In this model, we take into account the promising directions of recent years - in particular, the creation of large UAVs for various purposes and the so-called more electric aircraft, that is, air platforms, where electric propulsion is used along with traditional energy sources,” Afanasyev explained.

He also said that, unlike the auxiliary power plant for the Il-114-300, the TA18-200E unit will be used primarily to ensure the flight of an aircraft.

For this, it is equipped with two powerful generators generating 120 kW each.

“TA18-200E is being tested, but has not yet been installed on aircraft.

Nevertheless, we believe in our development and expect to attract the attention of representatives of the aircraft building industry, ”Afanasyev emphasized.