No fined jet skis in the north despite the new law

Since the first of July, jet skis can be fined on the spot by the police. Where there are sea police in the south, many drivers have been fined - but along the Norrland coast, not a single one has been distributed. 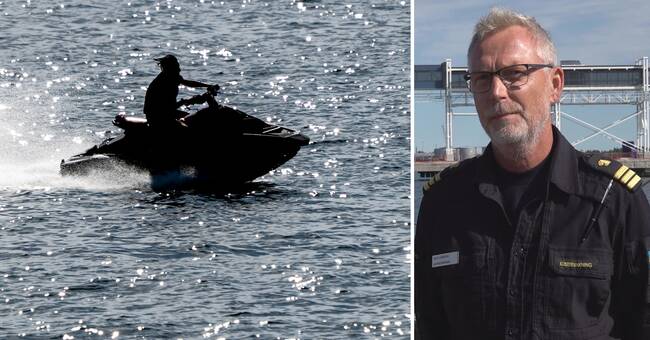 Previously, the police could only write injunctions, which possibly led to a trial later, but from July 2021, the ticket can be written on the spot.

Where there are no boat-borne police officers, the work becomes more difficult and in these areas the police cooperate with the Coast Guard.

- We will take care of maritime traffic monitoring and will ensure that it is safe at sea.

The reports come in to our command center and we try to go out on them whenever possible, says Olov Larsson, commander at the Coast Guard in Umeå.

No fines have been imposed

During the summer, the Coast Guard in Umeå has received about ten reports, but so far no fines have been distributed in the four northernmost counties.

The Coast Guard does not have the authority to hand out fines directly in the same way as the police, which complicates matters.

- We may not issue a restraining order as it is called.

We have to make a criminal report instead and in the end it ends up in the district court.

To facilitate the work, the authority has now turned to the Riksdag and the government.

- We have made a request that we should also be able to hand out fines directly on the spot, says Olov Larsson.