Everyone's CEO is sentenced to six years in prison

Last year, Allra's CEO Alexander Ernstberger and three others were acquitted of serious crime. Now they are convicted, the Svea Court of Appeal announces. The four accused men are sentenced to between four and six years in prison. 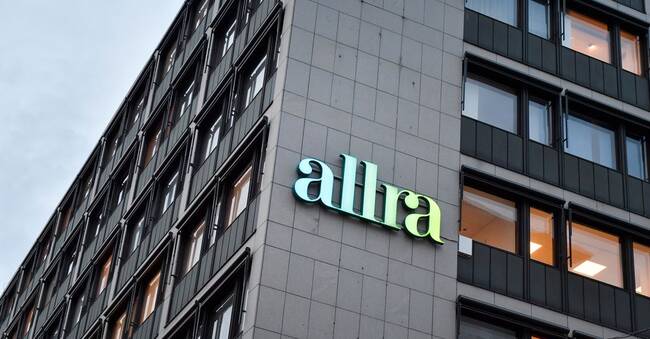 The men who have been prosecuted and now convicted have held positions as CEO, Deputy CEO and Head of Administration at SFS and CEO of Oak.

SFS CEO is sentenced for bribery and infidelity against the principal to six years in prison and a ban on business for ten years.

The vice president is sentenced for imprisonment for bribery and receiving for five years and a ban on business for ten years.

The head of administration is sentenced for infidelity to the principal to four years in prison.

Oaks' CEO is sentenced for bribery, aiding and abetting infidelity against a principal and bookkeeping violations to five years in prison and a ban on business for ten years.

The crimes are serious in all cases.

The Court of Appeal has decided that the three who are sentenced to six and five years in prison respectively, shall be detained due to the danger of escape and that the fourth in accordance with the prosecutor's request shall have a travel ban.

The convicts must also pay damages to the Swedish Pensions Agency with approximately SEK 170 million and interest from 2012.

Unlike the district court, the Court of Appeal considers that it has been shown that there is a connection between the warrant transactions and the share purchases.

The warrant transactions were made in order to enable the payment to Oak and the share purchase at a premium from SFS representatives.

The business has not had a legitimate purpose, but the investigation, including email correspondence and secret agreements, shows the intention of those involved to enrich both Oak and SFS 'CEO and vice president at the expense of the funds, the court assesses.

According to the Court of Appeal, all defendants have agreed with the plan, the criminal plan, and all have been active in the implementation and essential to realize the plan.

Freed in the district court

Stockholm District Court acquitted all four involved in the pension scandal within the fund company Allra in February last year.

The district court that examined the securities transactions did not consider that the prosecutor had presented any evidence of what is a market fee at the same time as the defendants claimed that they had taken a market fee.

- The prosecutor has only referred to the fact that he also brought charges for bribery and then meant that the bribe was financed with the fee and therefore there is damage, said councilor Joakim Munter to SVT News after the verdict was announced.

Furthermore, the prosecutor could not prove that the principal was harmed, which is required to convict someone of infidelity.

An American expert also wrote in an expert statement that the fee was in the order of magnitude that can be expected.

Furthermore, the defendants were not convicted of the serious accounting violation because the year-end transaction was sufficiently executed.

It started in a basement

The tours around the scandal-ridden company Allra