ECB: clarifications expected on the new monetary strategy Frankfurt (AFP) After theory, practice: the European Central Bank will decline on Thursday the new inflation and monetary policy expectations resulting from its recent strategic review, against a backdrop of a rapid rise in Covid-19 infections threatening the recovery. The Frankfurt institution is holding its first monetary policy meeting since it unveiled its new inflation target in early July. 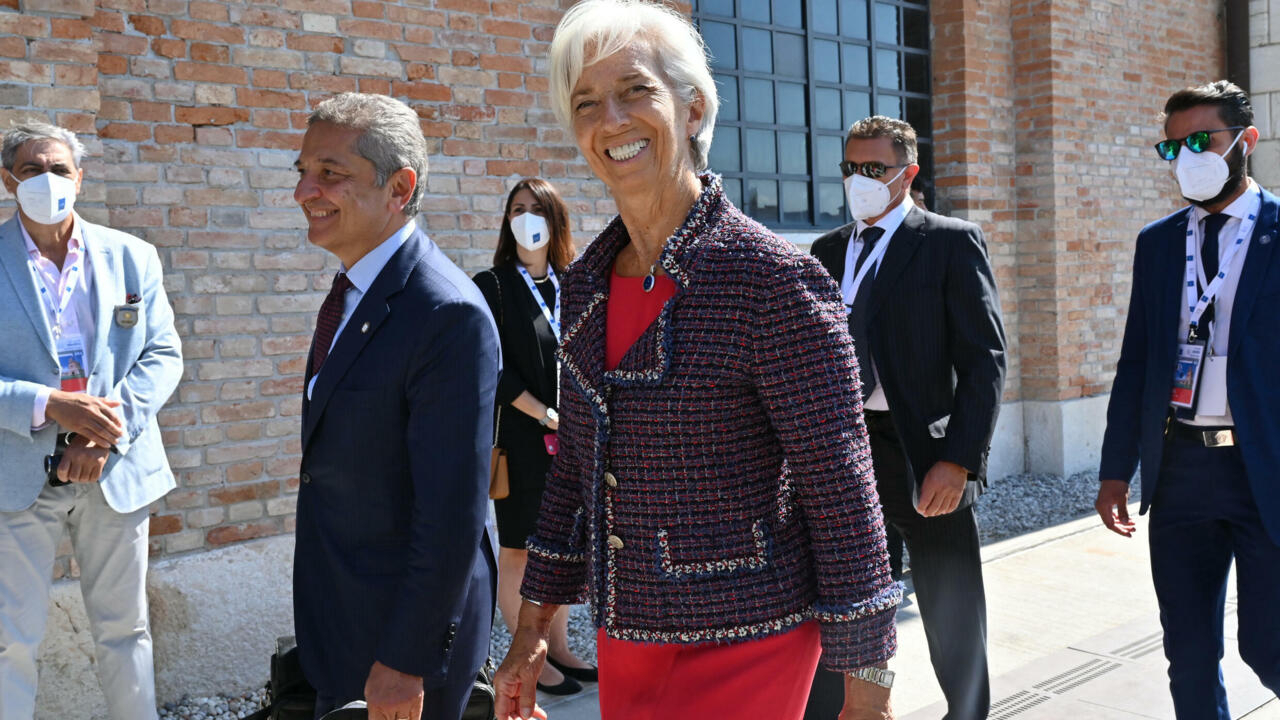 After theory, practice: the European Central Bank will decline on Thursday the new inflation and monetary policy expectations resulting from its recent strategic review, against a backdrop of a rapid rise in Covid-19 infections threatening the recovery.

The Frankfurt institution is holding its first monetary policy meeting since it unveiled its new inflation target in early July.

If the Governing Council should not make changes to its arsenal of anti-crisis measures, made up of low interest rates and massive debt purchases, it will release the new clarified language promised by President Christine Lagarde.

Two weeks ago, the ECB announced to end its misunderstood target, unchanged for 18 years, of inflation "below but close to 2%", which represented a concession to the German Bundesbank, uncompromising on control prices.

The new target set at 2% over the medium term is simpler and more flexible: the wording no longer gives the impression of worrying about price growth above 2%.

The ECB recognizes the possibility of moderate and temporary deviations, both above and below the target.

After unanimity in favor of this revision, cracks could appear between bankers in the euro zone on the expected trajectory of interest rates and asset buybacks, given the new approach.

The resumption of Covid-19 contamination is weighing on the outlook for growth, in particular in the euro zone, which should postpone any preliminary announcement on the gradual reduction in monetary support from the ECB until later.

The press release, which will be released Thursday at 11:45 GMT, could mention "the possibility of letting inflation temporarily exceed the target, but as a contingency and not an objective in itself, unlike the US Fed", considers Gilles Moec, chief economist at Axa

The recent surge in prices, after years of decline, is considered temporary by the ECB, which expects inflation to return to 1.4% in 2023, still far from its target.

The annual inflation rate in the euro zone fell slightly in June, to 1.9%, after reaching 2% in May.

These price pressures generally cause financial markets to fear a rise in interest rates.

But by tolerating spreads beyond 2%, the ECB seems to mean that there is no question of tightening monetary policy while the recovery is still very fragile.

However, this overrun of the inflation target "still seems controversial among board members", and "that is why we are waiting for weak wording" on this subject, according to Ulrich Kater, chief economist at Deka Bank.

The institute has yet to explain what would be its "room for maneuver for monetary policy with inflation above 2%" and "what the expression + transitional period + means in terms of exceeding inflation", according to Franck Dixmier, director bond management from Allianz Global Investors.

For the time being, key rates will, according to all expectations, remain at their lowest level, in particular the negative one of -0.5% which taxes excess deposits from banks, for want of being distributed in the economy.

The “PEPP” emergency plan launched in March 2020 in the face of the Covid-19 pandemic should retain its envelope of 1.850 billion euros, intended for the purchase of private and public debt in order to maintain favorable financing conditions.

It is not intended to be spent in full if circumstances improve.

For the future, Ms. Lagarde could repeat previous statements, expecting that the PEPP will serve "at least" until March 2022 before then evolving "to a new format" to be specified.

"It will be too early Thursday to discuss a quantification" of debt buybacks from the second quarter of 2022, according to Mr. Moec, while the next meeting in September could provide more clarity.

The institute will then want to "see the effect of the delta variant on growth in the third quarter" and "what this implies for the economic forecasts".