After having criticized for several months contracts with several international companies that operate in the field of rare earths, gold or coltan, Burundian President Évar ... 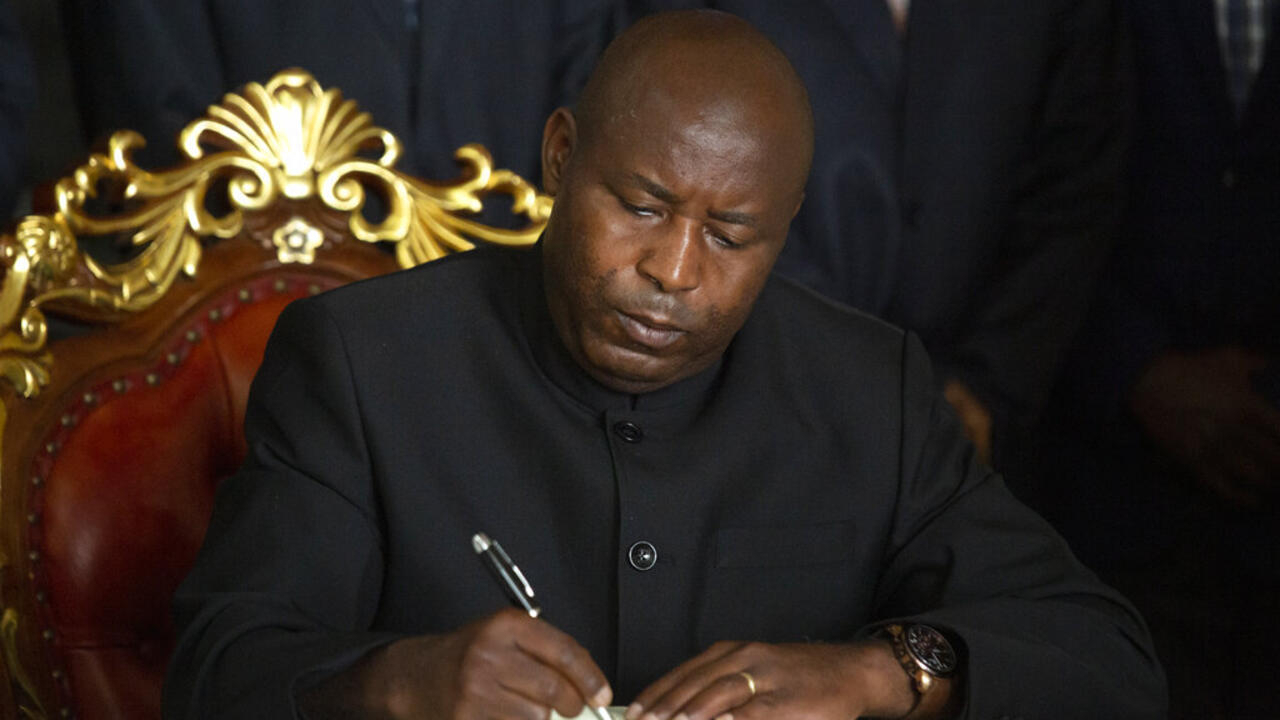 After having criticized for several months contracts with several international companies that operate in the field of rare earths, gold or coltan, Burundian President Évariste Ndayishimiye has ordered to suspend all mining activities by these companies since July 14, pending the renegotiation of the agreements that bind them, as the Minister in charge of Mines confirms to RFI.

We are sitting on a real treasure!

The future is bright!

Burundi will say goodbye to poverty!

": These are some of the mantras that came back regularly in the mouth of the late Burundian President Pierre Nkurunziza during his last years in power, when he dangled in the eyes of his compatriots the income they would soon draw from the sale minerals which "

" in the Burundian subsoil.

For the Burundian authorities in fact, Burundi is just like its Congolese neighbor: “

” that went unnoticed because their eyes were fixed on the immense Democratic Republic of the Congo.

The Nkurunziza regime will multiply the signing of contracts with foreign investors, including the British Rainbow Rare Earths Ltd, which obtains a license to exploit rare earths in the Gakara perimeter, east of Bujumbura, in 2015. Burundi then went through a serious crisis resulting from Nkurunziza's decision to run for a third term.

The multinational owns 90% of the shares there, and 10% goes to the Burundian state in accordance with the country's mining code.

It will start mining the Gakara deposit, presented as one of the most promising in the world thanks to its rare earth content, in 2017.

Contracts are multiplying, but not in favor of locals

Burundi then places great hopes in this exploitation, the only one in Africa and one of the few outside China which until now practically held a monopoly in the production of rare earths, used more and more in smartphones, television screens, etc.

Since then, the Burundian government has increased the signing of agreements with Russian or Chinese interests, which will set up mining companies under Burundian law on the model of Rainbow Mining Burundi: 90% of shares for the foreign investor and 10% for the He Burundian State, which makes its basement available to it and promises it many tax advantages in particular.

Tanganyika Mining will obtain a concession to mine Cimba gold in Cibitoke province (north-west), African Mining Limited to mine Muhwazi gold in Muyinga province (east), or Ntega Holding will mine coltan in Runyankenzi in the province of Kirundo (northeast).

The Burundian population, 75% of whom live below the poverty line, begins to dream of a better tomorrow.

But it will quickly become disillusioned, just like the Burundian power.

Since it began to exploit rare earths from Gakara (in 2017), Rainbow Mining Burundi (RMB) has already exported nearly 2000 tonnes of rare earth concentrate

", explains the Minister of Hydraulics, Energy and Mines, Ibrahim Uwizeye. “

The company told us that it sold each kilo of concentrate for less than two US dollars per kilo (…), I decided to suspend the export of 400 tons which had already been extracted while waiting for verification. the regularity of operations on these exports and that we proceed to a better sharing even for what has already been exported,

This review is a prerequisite for a renegotiation of the convention which must follow immediately,

Ibrahim Uwizeye assures us that it is the same thing that happened in the exploitation of gold or coltan: "

the country is losing enormously, while it relies on these revenues for its development

Since July 14, the minister has therefore ordered all these companies to suspend all their activities pending the renegotiation of these contracts "

in a win-win spirit

We did not touch their operating licenses, we only asked them to suspend their activities while they renegotiate the agreements,

Everyone realized that for example for the fiscal year 2020-2021, Burundi was counting on the equivalent of USD 3 million as resources from mining, and this figure was halved for the current year, where it only foresees an income of 1.5 million USD

”, explains Gabriel Rufyiri, founder of Olucome in 2002 and figure in the fight against corruption in the country.

How did we get there? The minister is rather discreet on this very sensitive issue, because these conventions were signed under the regime of his predecessor, the current Burundian head of state. Pierre Nkurunziza was recently elevated to the rank of “Supreme Guide of Patriotism” of the country, while General Évariste Ndayishimiye ensures “to

grandfather of the nation

We were alerted as soon as these contracts were signed because they were signed in total opacity, there had been no call for tenders as provided for by law (…). There are also many allegations of cases of corruption on each contract

", recalls the president of Olucome who welcomes this"

decision to suspend these agreements pending the adoption of a new code and the renegotiation of these conventions, because the country saw its minerals go out without deriving the slightest benefit from them

#Burundi: Following the message from President @GeneralNeva of July 1, 2021, all mining companies were suspended yesterday on July 13, 2021 pending the new Mining Code and the renegotiation of new agreements based on the 1/4 peak win-win principle. twitter.com/JRx6vVH28N

According to corroborating sources, "

But the applicant had to first walk a real way of the cross, because he had to be sponsored by one of the "generals" of the system, then have the approval of the minister in charge of mines and that of the boss of the presidential party, the CNDD- FDD, and at every step he had to pay.

In the presidency, it was not called corruption, but the investor had to contribute several millions to an account entitled" support for good initiatives "of the president and to the" Ubuntu Foundation "of the first lady

", according to a senior Burundian executive at the time, on condition of anonymity.

", regrets the president of Olucome.

But things are changing since the accession to power of his successor, General Evariste Ndayishimiye, in June 2021. Deemed "clean", this man of the seraglio has made the fight against the appearance which plagues Burundi as his priority. and the development of the country now classified as the poorest in the world. He does not hesitate to attack "

the plunderers of the people

" which he describes as "

have stolen the wealth of the country

", without ever naming them.

His problem today is to change things, to put an end to this whole corrupt system, without sullying the memory of his predecessor and the image of the party in power

that is going to be very, very difficult, because no one is under any illusions about this issue

Its objective is therefore to renegotiate all contracts with large international companies in the mining sector, before soon attacking semi-industrial mining companies in Burundians and then thousands of small artisanal miners, according to Minister Ibrahim Uwizeye.

In the end, each person who exploits our minerals must earn the fair price for their work, but also that Burundi derives a fair income from it which really corresponds to its contribution

The current conventions are too much to the detriment of the country. Our duty today is to suspend the exploitation of the mines, so that the contracts can be renegotiated, because we are the owners of the subsoil and as such, cannot be satisfied with only 10%

But the new Burundian president must pay attention to the many Burundians who belong to the circles of power and who have interests in all these societies, explains our sources in his entourage.

Some senior officials including generals have shares or are associated in one way or another with some of these companies, and they are angry, we feel certain tensions,

In Burundi, "the generals" is the common term which designates a group of about ten generals from the former Hutu rebellion of the CNDD-FDD today in power, and who actually hold power.

Some of them are among the richest men in the country, after 16 years in power.

The government must be careful in renegotiating contracts and avoid breaking them unilaterally since it risks being dragged before international arbitration bodies.

And he must also equip himself with good negotiators otherwise it will have been for nothing,

”warns the president of Olucome.