The President of the Government, Pedro Sánchez, has started his three-day trip to the United States with an interview on the television program Morning Joe, of the ... 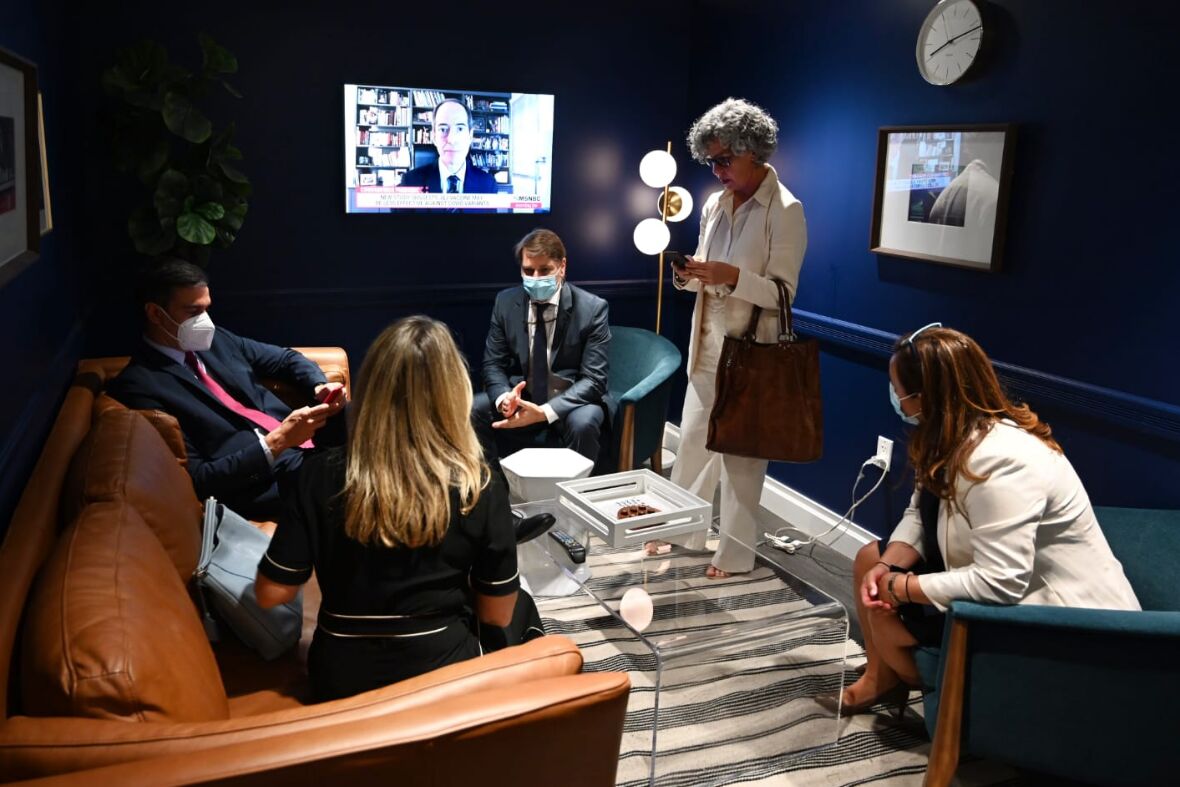 The President of the Government, Pedro Sánchez, began his three-day trip to the United States with an interview on the

. An interview that started with the presenter,

, asking her directly "why not Washington?", Referring to the absence of political encounters with the Biden government on this trip. The Spanish president did not answer the question directly, saying only that "we need and want to have the

Sánchez insisted that, to get out of the

, "we want to involve private investment," and he took the opportunity to support Joe Biden's government and criticize Trump's. "When Biden says that 'America is back', it is not only good for you, but also for the world," he told Brzezinski. "Unfortunately, the situation we had before, with the Trump administration, was very difficult to understand. Seeing the US president say that the European Union is a kind of enemy of the interests of the United States is a total error," said Sánchez.

is broadcast on the MSNBC television network, the most left-wing of the three major news networks in the country, a group that also includes

, and Brzezinski, have had a series of fierce confrontations with Donald Trump in the last five years, frequently accompanied by generous exchanges of insults by both parties. Scarborough, who left the

- of which he had been a congressman - in 2017, due to his rejection of the then president, has declared that this formation "is just a sect that adores Trump." Interestingly, Scarborough was not on the show today so her role was taken over by the news agency correspondent

In his speech at MSNBC, Sánchez was also very critical of China, a country with which US relations began to deteriorate during Trump's presidency and have continued to worsen under Biden's.

If with the previous president the bilateral disputes focused mainly on trade, technology and geostrategic competition, Biden has added a new component, by including the defense of democracy and Human Rights in the Asian giant, a position with which, Judging by what he has said on television, Sánchez agrees.

"I think Biden is right. I think China for us, as Europeans, is an opponent, a competitor, and also a systemic rival in democratic values," the president said.

Sánchez, however, added that "we also need to talk with them, and open a dialogue with them on the great global challenges."

Finally, in the fight against Covid-19, the Prime Minister explained to Brzezinski that "today, unfortunately, I am calling for prudence in Spain."

And, in what could be interpreted as a veiled attack on the 'Trumpist' wing of the Republican Party, which rejects vaccines against the virus, he affirmed that "the worst mistake that can be made as a politician is to ideologize the fight against the pandemic."

The recovery race (III) Forgotten the Covid ... the US sets off alarms for inflation

The faces of the green transition (XXII) Sam Hall: "Center-right parties can win politically with a green agenda"