The richest man on the planet, the American Jeff Bezos landed this Tuesday, July 20, 2021 after the first manned flight to space by his company Blue Origin, thus marking a new stage… 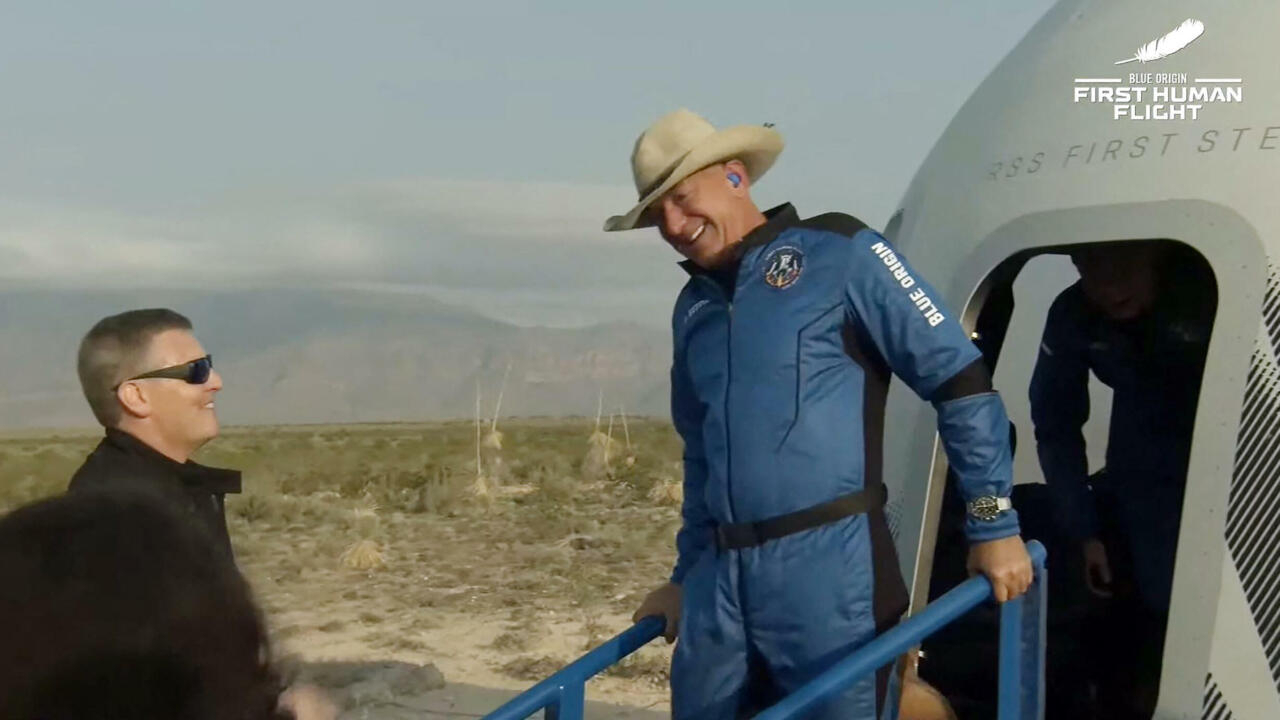 The richest man on the planet, the American Jeff Bezos, landed this Tuesday, July 20, 2021 after the first manned flight to space by his company Blue Origin, thus marking a new stage for the burgeoning space tourism industry.

The capsule carrying Mr. Bezos and three other astronauts touched down in the Texas desert after an approximately ten-minute flight above the 100 km altitude that marks the Karman Line, the internationally recognized boundary between the earth's atmosphere and space.

The New Shepard thruster, with a capsule carrying four people at its top, took off at 8:11 am (1:11 pm UT), a few minutes behind schedule, from an isolated site in the Western Desert of Texas at 40 km from the small town of Van Horn.

They were able to admire the curve of the blue planet and the deep black of the rest of the universe, from large picture windows accounting for a third of the cabin area.

After a few minutes in weightlessness, the capsule descended in a free fall before deploying three giant parachutes, then a back-thruster to land delicately in the desert after a flight of about ten minutes.

When they left, the four passengers, in good shape, were greeted by cries of joy from the Blue Origin teams.

Jeff Bezos wore a cowboy hat when he left the module.

The thruster returned autonomously to a landing area near the launch site.

On July 11, the founder of Virgin Galactic, Richard Branson, also crossed the confines of the earth's atmosphere, toppling the ex-CEO of Amazon in this battle of billionaires.

But the Briton only reached 86 km altitude with his Virgin Galactic spacecraft.

Jeff Bezos, 57, insists however that this race for the stars "

is not a competition