Rally Estonia: 20-year-old Rovanperä becomes youngest WRC winner Tartu (Estonia) (AFP) Hurried behind the wheel as in life, Finland's Kalle Rovanperä won his first World Rally Championship (WRC) victory in Estonia on Sunday, to become the youngest winner in history at 20 years, 9 months and 17 days. "It's not bad, even if it could have happened faster," smiles the Toyota driver, who is playing his second season among the elite. "It hasn't been an easy year an 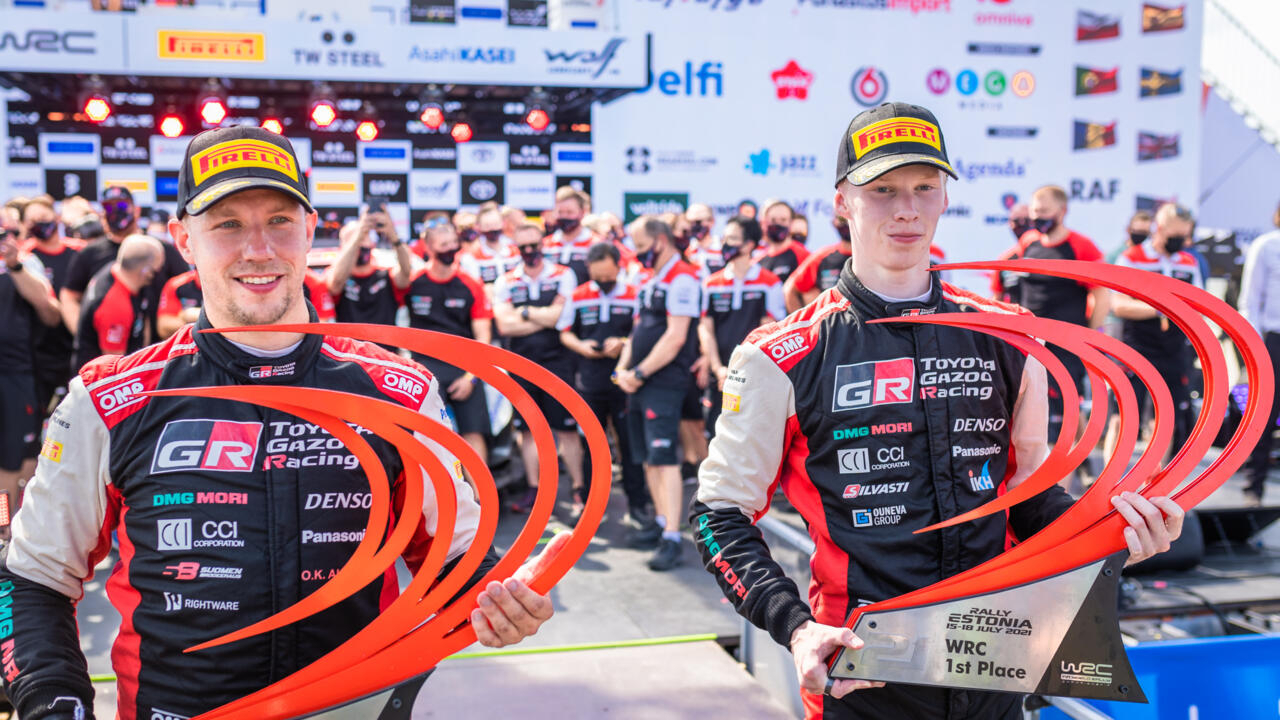 Hurried behind the wheel as in life, Finland's Kalle Rovanperä won his first World Rally Championship (WRC) victory in Estonia on Sunday, to become the youngest winner in history at 20 years, 9 months and 17 days.

"It's not bad, even if it could have happened faster," smiles the Toyota driver, who is playing his second season among the elite.

"It hasn't been an easy year and it's great to achieve it here in Estonia, almost at home. It's huge and it's a great feeling."

In the lead since Thursday evening and the first of the 24 specials, Rovanperä is ahead of the Hyundai of Irishman Craig Breen and Belgian Thierry Neuville at the finish line, scoring one minute or more.

The French Sébastien Ogier (Toyota) is fourth, ahead of his first pursuer in the championship, his British teammate Elfyn Evans.

He therefore carries his advantage in the classification of pilots from 34 to 37 lengths.

"When we got there, we knew that the weekend would be difficult," said the seven-time world champion. "But overall, it was a positive step for the championship."

"After a difficult start, it was extremely important to finish this rally", he underlines.

"I hope for better for the future."

Another Habs competing, Adrien Fourmaux (M-Sport Ford), brilliant fifth in the previous round in Kenya, is fourth in the WRC2 category, which he found.

If he was aiming for "at least a podium", he said he was "happy with a good fight and a good experience."

Among manufacturers, Toyota, which has won the last five races and six of the seven races contested in 2021, is now 59 steps ahead of Hyundai.

The last six stages on Sunday morning were hosted by Neuville and his Estonian teammate Ott Tänak - relegated to the depths of the standings by a retirement on Friday -, who shared the best times.

For the first, it was to keep his position in front of Ogier and Evans "to stay in the fight for the title", despite technical problems and pain in one eye.

The second, favorite after successes in 2014, 2018, 2019 and 2020 (the year Estonia entered the WRC calendar), had nothing to play in the standings but wanted to make things "interesting" for the public and to catch up "for (his) team".

On arrival, the 2019 champion, fifth among the drivers with 74 points behind Ogier, seemed to have given up the coronation, letting go: "we continue to fight but there are only four rallies left (five in fact, editor's note). .. "

Debut at the wheel at 8 (YouTube attests), first competitions at 14 in Latvia, debut in the premier class at 19, first podium at the same age (another record) and now first victory: Kalle Rovanperä is precocious.

However, he seemed to have waited too long to win Sunday under the eyes of his father Harri, "more moved" than when he himself won Rally Sweden in 2001.

"I haven't had very good results so far this season, but we prove once again that we have the speed and we transform the test, which is really good," said the winner of the day.

After a promising start (4th in Monte-Carlo, 2nd in the Arctic Rally in Finland), he led the championship, but struggled to recover from an accident in the first special of the following rally, in Croatia.

Kalle then finished 22nd in Portugal, 25th in Sardinia, 6th in Kenya, before exorcising these bad memories this weekend on roads which he appreciates for having made his classes there.

And because they resemble those of his native country, on the other side of the Gulf of Finland.

History will also remember that, as the youngest winner in the WRC, Rovanperä supplants another Finn, Jari-Matti Latvala, who was 22 when he won his inaugural victory in Sweden in 2008 ... and who is now the young man's boss. at Toyota.

The eighth round of twelve scheduled for this season, the Ypres Rally in Belgium, will take place from August 13 to 15.