China News Service, July 17th. According to the United Nations website, the World Meteorological Organization said on the 16th that according to a rapid attribution analysis by an international team of top climate scientists, if there is no impact of climate change, parts of the United States and Canada will be at the end of June. A record heat wave is almost impossible. Climate change caused by 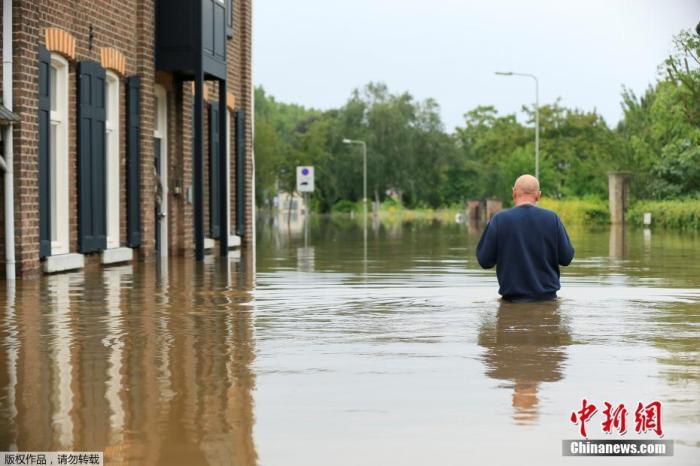 China News Service, July 17th. According to the United Nations website, the World Meteorological Organization said on the 16th that according to a rapid attribution analysis by an international team of top climate scientists, if there is no impact of climate change, parts of the United States and Canada will be at the end of June. A record heat wave is almost impossible.

Climate change caused by greenhouse gas emissions has increased the likelihood of heat waves by at least 150 times.

On July 16, local time, in Guelle, the Netherlands, residents waded in the flood.

The report pointed out that devastating floods caused by heavy rains have caused hundreds of casualties in Western Europe.

Parts of Scandinavia are enduring continuous heat waves. The plume from Siberia has affected the air quality in the Alaska International Date Line area.

The World Meteorological Organization stated that although studies have shown a clear link between human-induced climate change and unprecedented heatwave events recorded in the western United States and Canada, weather patterns throughout the northern hemisphere show an unusual “planetary wave pattern” this summer. .

Planetary waves are large-scale disturbances of atmospheric circulation, which extend continuously around a complete circle of longitude, which brings unprecedented heat, drought, cold and humidity to various places.

On July 16, local time, Erftstadt-Blessem, Germany, a street after flooding.

Floods and heavy rains hit many countries in Europe

Some areas of Western Europe are already close to saturated soil, and received the equivalent of two months of rainfall in two days on July 14th and 15th.

In terms of casualties, Germany and Belgium are the most severely flooded countries in Europe.

Authorities report that at least 100 people have died, and many more are missing because they were trapped or washed away by floods.

The Meteorological Organization pointed out that a near-stationary low-pressure weather system appeared over Germany. This unstable baroclinic system usually moves slowly in a limited area and causes heavy rainfall.

Luxembourg, the Netherlands and Switzerland, as well as parts of northeastern France, have also been severely affected.

The picture shows a wildfire in British Columbia, Canada, with billowing smoke.

While western and central Europe was hit by deadly floods, northern Europe was enveloped by continued heat waves.

According to data from the Finnish Meteorological Institute, the country recorded the hottest June in history, and the heat has continued into July.

The western United States and Canada were also hit by heat waves.

Las Vegas and Utah in the United States have tied for a historical record of 117 degrees Fahrenheit (47.2 degrees Celsius).

The world's highest temperature record recognized by the World Meteorological Organization is a reading of 130 degrees Fahrenheit that occurred in Death Valley, California in August 2020.

According to data recorded by the National Weather Service in Las Vegas, the temperature in Death Valley, California on July 9 reached 130 degrees Fahrenheit (54.4 degrees Celsius).

On July 16, local time, some of the fire hydrants on the streets of Brooklyn, New York sprayed water to cool the public, and a girl played in the water.

On the same day, there was a high temperature of 36 degrees Celsius in New York, USA. Some blocks of New York City opened fire hydrants to spray water to cool off the heat.

Humans cause global warming to increase the frequency of extreme weather

The World Meteorological Organization stated that climate change has increased the frequency of extreme weather events, and many single events have been shown to be made worse by global warming.

As the atmosphere warms, it contains more water, which means more rain during storms, increasing the risk of flooding.

There is a large amount of evidence that human-induced global warming has led to an increase in the frequency, intensity, and number of heavy precipitation events on a global scale.

According to estimates, compared with pre-industrialization, even if global warming is controlled at an increase of 1.5 degrees Celsius, the climate in some regions will change, including warming of extreme temperatures in many regions.