Magnus from Ludvika survived Estonia: "I can not let go of my mother's words"

Magnus Lindström was one of the 137 who were rescued when the ferry M / S Estonia sank in the Baltic Sea in September 1994. His mother, father and girlfriend were among the 852 who never returned from the trip in Tallinn. 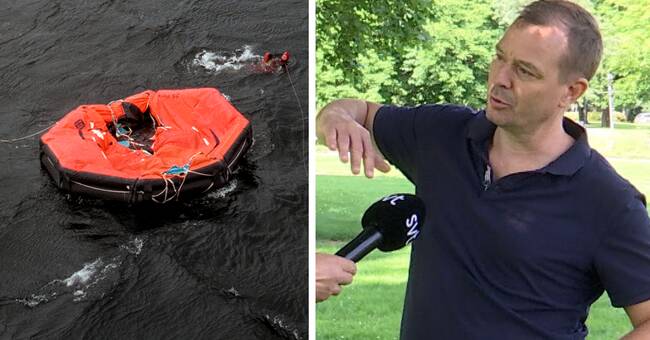 For the family, it was a holiday trip that was to be experienced - instead, Magnus from Ludvika became one of the few who survived what is described as the biggest Swedish shipwreck in Swedish history.

The parents and girlfriend were on the trip.

Magnus, then 24 years old, got ready to go to bed when everything suddenly changed.

His experience is even today that the ship was hit by a loud bang.

- First a hard blow, then a tilt and within three to five minutes a lot happened, he says.

Wants to be interviewed by the Accident Investigation Board

In the first investigation carried out by the State Accident Investigation Board, the survivors were not heard.

Something that Magnus hopes for now, when new investigations of the ship are done.

In the video, Magnus talks about the dramatic minutes on the ferry and about the expectations of the investigation.