The contest is postponed, but the timing is '6 people, 6 colors'... 2 rough fight 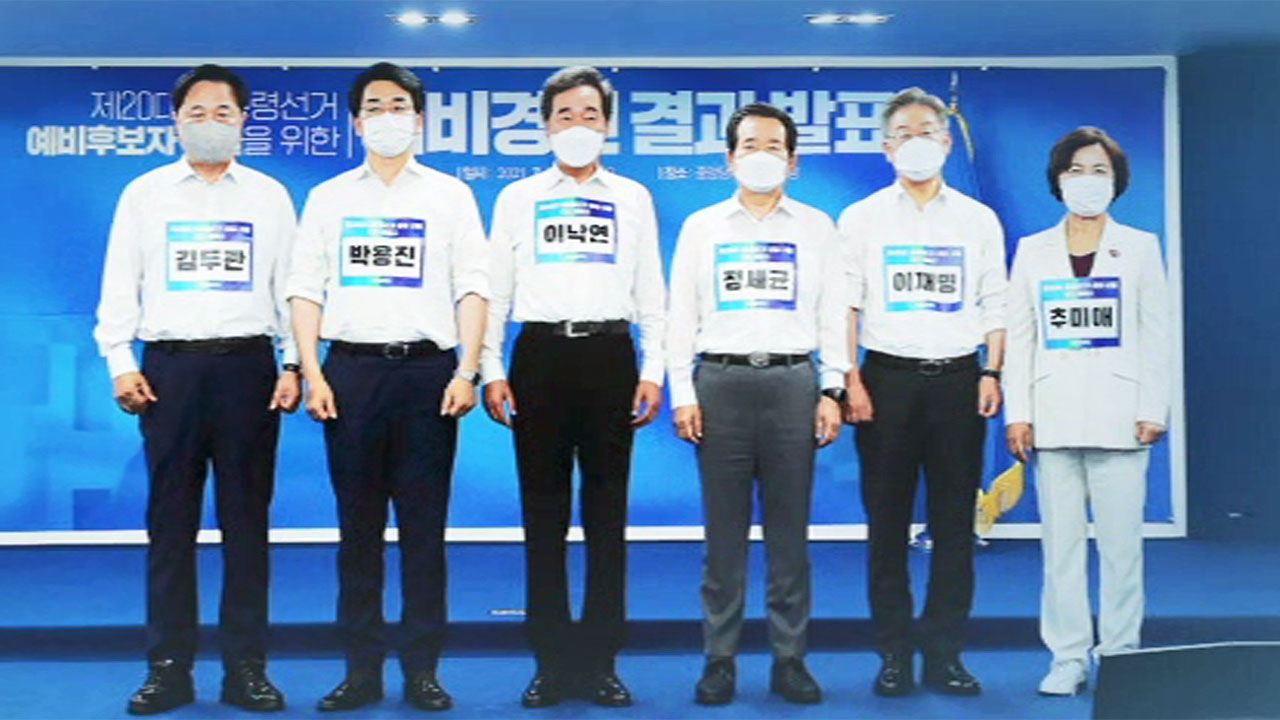 Next is reporter Yoo Su-hwan.

All six Democratic presidential primary candidates agree to postpone the current primary election schedule, where the election of candidates is completed by September 10 at the latest in consideration of the re-spread of the coronavirus.

The question is how long will it be delayed?

Candidate Jae-myung Lee's position is to complete the election of candidates by the beginning of October, before the state audit.

It puts forward the logic of avoiding the negative offensive that the opposition will pour out against passport runners during the national inspection period.

Candidate Yong-jin Park also said, "It's right to postpone the quarantine for a month," and put weight on the 'early October election', and Choo Mi-ae's side suggested that the Maginot line be held at the end of September.

On the other hand, candidate Kim Doo-gwan rekindled the 'November competition theory', saying, "Let's match the schedule with the power of the people." I haven't pinpointed a specific time period.

Lee Jae-myung vs. Lee Nak-yeon, a melee battle between the two candidates, got stronger today.

Candidate Jae-myung Lee threatened that he would not stand it, saying he had been attacked a lot by foul play.

[Lee Jae-myung / Democratic Party Presidential Election Candidate (TBS Radio): If you kick it, you have to stop it, and if you hit it with your hand, I thoroughly... .]

[Seol-hoon/Lee Nak-yeon, Camp Pre-Chairman (CBS Radio): After a discussion about this, basic income is an illusion… .]

Despite the fact that the Party Election Commission postponed the candidate TV debate scheduled for next week, the two sides argued with each other saying, "It's 'Lee Jae-myung's side'" and "No, it's irrelevant."