The children of the Duke of Cambridge, Prince William, are supposed to call their supposed grandmother, the Duchess of Cornwall, Camilla "Grandma", but instead "Gaga". Prince George, seven, Princess Charlotte, six, and Prince Louis, three, know everything about everyone in the family. 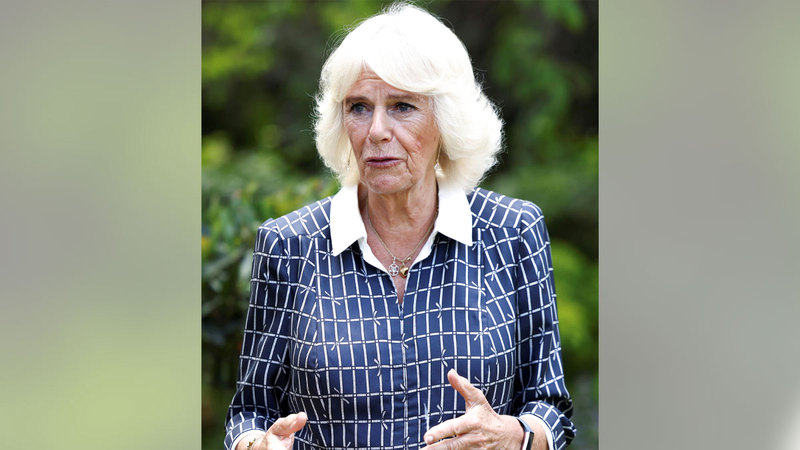 They don't call her "grandmother."

"Gaga" is the nickname chosen by Prince Charles' grandchildren for their supposed grandmother Camilla.

The children of the Duke of Cambridge, Prince William, are supposed to call their supposed grandmother, the Duchess of Cornwall, Camilla "Grandma", but instead "Gaga".

Prince George, seven, Princess Charlotte, six, and Prince Louis, three, know everything about all the senior royals, and they call their late father's mother, Princess Diana, "Grandma Diana", and they refer to their grandfather, the Prince of Wales, Charles, She is called 'Grandpa Wells', but when it comes to Camilla, who married into the family in 2005, they don't call her 'Grandma'.

Camilla told Lady Gaga that her husband's grandchildren call her "Gaga" when she met her at the 2016 Royal Variety Performance show.

Camilla is expected to make a huge impact on the lives of her husband's grandchildren once Prince Charles ascends to the throne.

According to a royal commentator, Camilla will eventually become the king's wife, taking on more responsibilities.

Royal commentator Natalie Rankin says Camilla will help train the young royals for their future roles. "Senior members of the royal family, such as Princess Anne and Camilla, are expected to increase their duties until Kate and William's children are old enough to take on royal roles of their own," she said. Rankin added that everything Prince George does, including his hobbies, will shape his life as a future king.

Members of the British royal family call each other strange nicknames, even Queen Elizabeth herself was not spared of those titles.

Some close to the family believe that there are reasons behind these nicknames.

Within the palace walls, the royal family bestows nicknames on each other, for example, Kate calls her husband Prince William "the bald", and this title goes back to the days of their engagement, when she noticed that the hair on the front of his head was receding, while he called her "the lazy Duchess", This appears to be due to reports that the Queen was worried about Kate's lack of any skills when William started getting to know her.

The Queen herself has a number of nicknames, including the name Gary, and Prince William called her when he was young and did not speak well, as he meant "Grand Mother", which means in Arabic "grandmother", and one of the Queen's nicknames is also "Lilibet", and her husband Prince calls her The late Philip, as a sign of the love of his life, Elizabeth, but sometimes called her "sausage".

According to royal sources, Prince Charles, Prince of Wales, nicknamed Meghan "tungsten" because he thought she was just such a high-gloss metal that she was "strict and unobtrusive".

While this nickname may not reflect warm feelings, it is impressive.

The younger members of the royal family call their grandmother the Queen "Gan Gan", in reference to the "Great Grandmother", the great-grandmother.

• Camilla is expected to greatly influence the lives of her husband's grandchildren once Prince Charles ascends to the throne.