How about the results of the "mid-term volume" published in the China Economic Semi-annual Report today?

Chinanews client, Beijing, July 15 (Reporter Li Jinlei) The semi-annual report on the Chinese economy will be officially announced on the 15th.   According to the schedule, the State Council Information Office is scheduled to hold a press conference at 10 a.m. on July 15th. Liu Aihua, spokesperson of the National Bureau of Statistics and Director of the General Statistics Department of the Nati 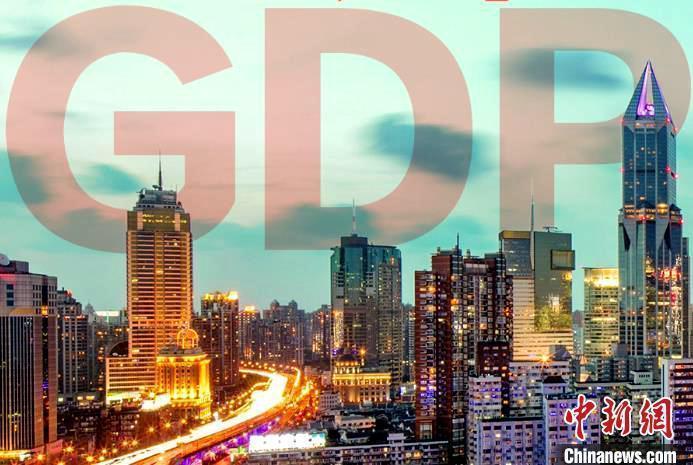 Chinanews client, Beijing, July 15 (Reporter Li Jinlei) The semi-annual report on the Chinese economy will be officially announced on the 15th.

According to the schedule, the State Council Information Office is scheduled to hold a press conference at 10 a.m. on July 15th. Liu Aihua, spokesperson of the National Bureau of Statistics and Director of the General Statistics Department of the National Economy, is invited to introduce the operation of the national economy in the first half of 2021 and answer reporters. ask.

According to data from the National Bureau of Statistics, China's economy grew by 18.3% year-on-year in the first quarter of this year, a good start.

By the middle of the year, what kind of results will the "mid-term paper" achieve?

Judging from some economic indicators that have been announced in advance, China's economy continued to recover steadily in the first half of the year.

Among them, in terms of foreign trade import and export, data from the General Administration of Customs shows that in the first half of the year, my country’s import and export scale of 18.07 trillion yuan hit the best level in the same period in history, and it also increased by 22.8% compared with the same period in 2019. It has achieved positive year-on-year growth for 13 consecutive months.

In June, China's manufacturing purchasing managers' index, non-manufacturing business activity index, and comprehensive PMI output index were 50.9%, 53.5%, and 52.9%, respectively, down 0.1, 1.7, and 1.3 percentage points from the previous month, but all continued to be critical Above this point, my country's economic operation continues to maintain an expansion trend.

At present, market institutions generally predict that due to the increase in the year-on-year base, the GDP growth rate in the second quarter will slow down from the first quarter, and the economic growth rate in the first half of the year is expected to continue to maintain double-digit growth.

How about the performance of people's livelihood indicators such as employment, income, and prices?

At present, the price indicators for the first half of the year have been announced in advance.

Data show that in the first half of the year, the national consumer price (CPI) rose by only 0.5% over the same period last year, a relatively low increase.

In June, the CPI rose 1.1% year-on-year, 0.2 percentage points lower than the previous month, and it was the first drop in this year.

The price situation remained stable, and in terms of employment indicators, 5.74 million new jobs were created in urban areas across the country from January to May, completing 52.2% of the annual target.

However, with the coming of the graduation season and college graduates entering the job market, whether the employment situation in the first half of the year can withstand the pressure and continue to improve, the answer will be announced today.

The economic situation experts and entrepreneurs symposium held on July 12 pointed out that since the beginning of this year, the economic operation has been steadily strengthened and in line with expectations, the employment situation is improving, and the driving force for economic development has been further strengthened.

However, the domestic and international environment is still complicated and there are many uncertain and unstable factors. In particular, the sharp rise in commodity prices raises the cost of enterprises, and small, medium and micro enterprises have greater difficulties.

We must not only strengthen our confidence in my country's economic development, but also face difficulties squarely.

Regarding the Chinese economy throughout the year, the market is generally optimistic that it will continue to maintain a steady growth trend, and international organizations have recently raised their expectations for China's economic growth.

The World Bank raised China’s economic growth forecast for this year from 8.1% to 8.5%.

The International Monetary Fund also predicts that China's GDP growth rate this year will be 8.4%, an increase of 0.3 percentage points from expectations at the beginning of the year.

On the 13th, the Financial Research Center of the Bank of Communications of China released the report "China's Macroeconomic and Financial Outlook for the Second Half of 2021", stating that China's economy is expected to grow by about 8.8% in 2021, and the recovery situation is good after the epidemic. Inflation will not become the main contradiction of China's economic operation this year.