A young man's cry in front of his mother's body shakes Iraq.. Video

Iraqi media circulated a video clip of a young man crying out for his dead mother as a result of the fire of the Corona Isolation Center at Al-Hussein Teaching Hospital in Nasiriyah, Dhi Qar Governorate. 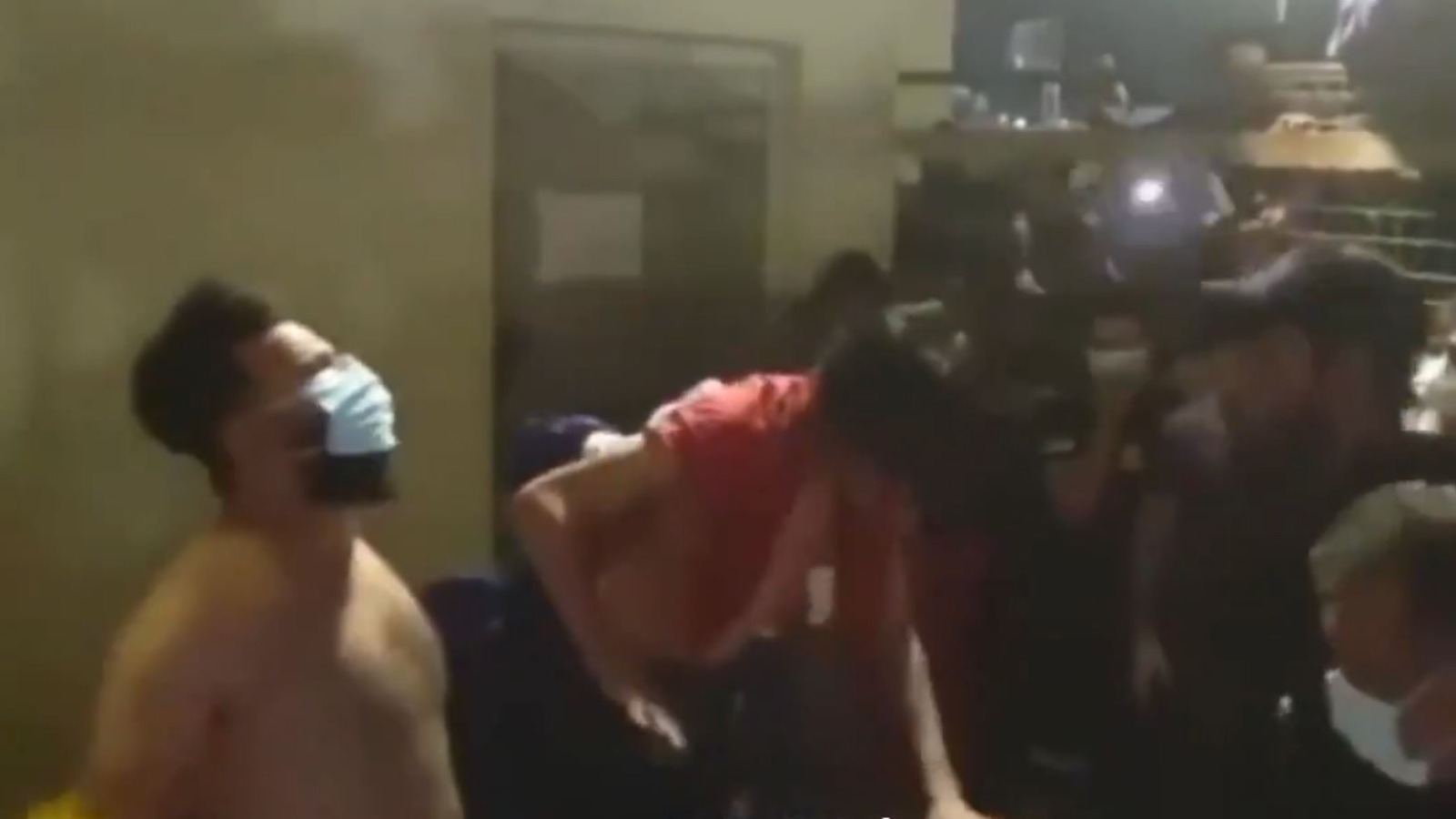 A young man's cry in front of his mother's body shakes Iraq.. Video

Iraqi media circulated a video clip of a young man screaming as he called for his dead mother as a result of the fire of the Corona Isolation Center at Al Hussein Teaching Hospital in Nasiriyah, Dhi Qar Governorate.

The young man seemed calm before he took off the cover to identify his mother's body, and in one moment he screamed while calling "Mom", and took off his clothes while crying out in shock.

The fire broke out last night, killing at least 64 people, and Iraqi sources confirmed that some of the victims of the isolation center fire were still under the rubble.

Iraqi President Barham Salih tweeted on the social networking site "Twitter", saying that the tragic fire of Al-Hussein Teaching Hospital in Nasiriyah, and before that, Ibn Al-Khatib Hospital in Baghdad, is the product of persistent corruption and mismanagement that underestimate the lives of Iraqis and prevent the reform of the performance of institutions.

Saleh added, "The difficult investigation and accountability for the negligent is the consolation of our martyrs and their families. A strict review of the performance of institutions and the protection of citizens is necessary."

Prime Minister Mustafa Al-Kazemi chaired an emergency meeting regarding the Al-Hussein Hospital fire incident, and the media office of the Iraqi Prime Minister stated in a statement published by the Iraqi News Agency (INA), that Al-Kazemi decided to start a high-level government investigation, to find out the causes of the accident, and a government team immediately went to Dhi Qar Governorate, from a group of ministers and security leaders to follow up the procedures on the ground, and withdraw the hand and impound the director of Dhi Qar health, the hospital director, and the director of civil defense in the province and subject them to the above investigation.

The Iraqi Prime Minister also decided to direct the various ministries to send urgent medical and relief aid to Dhi Qar Governorate, to consider the victims of the accident as martyrs, to complete their transactions immediately, to send the wounded who are in critical condition outside Iraq, and to declare official mourning for the martyrs of the accident.