Too bad for Isabel Díaz Ayuso, out there there are people who not only meet their exes to kill time, but even fantasize about resuming the relationship. In 2015, when Adele ... 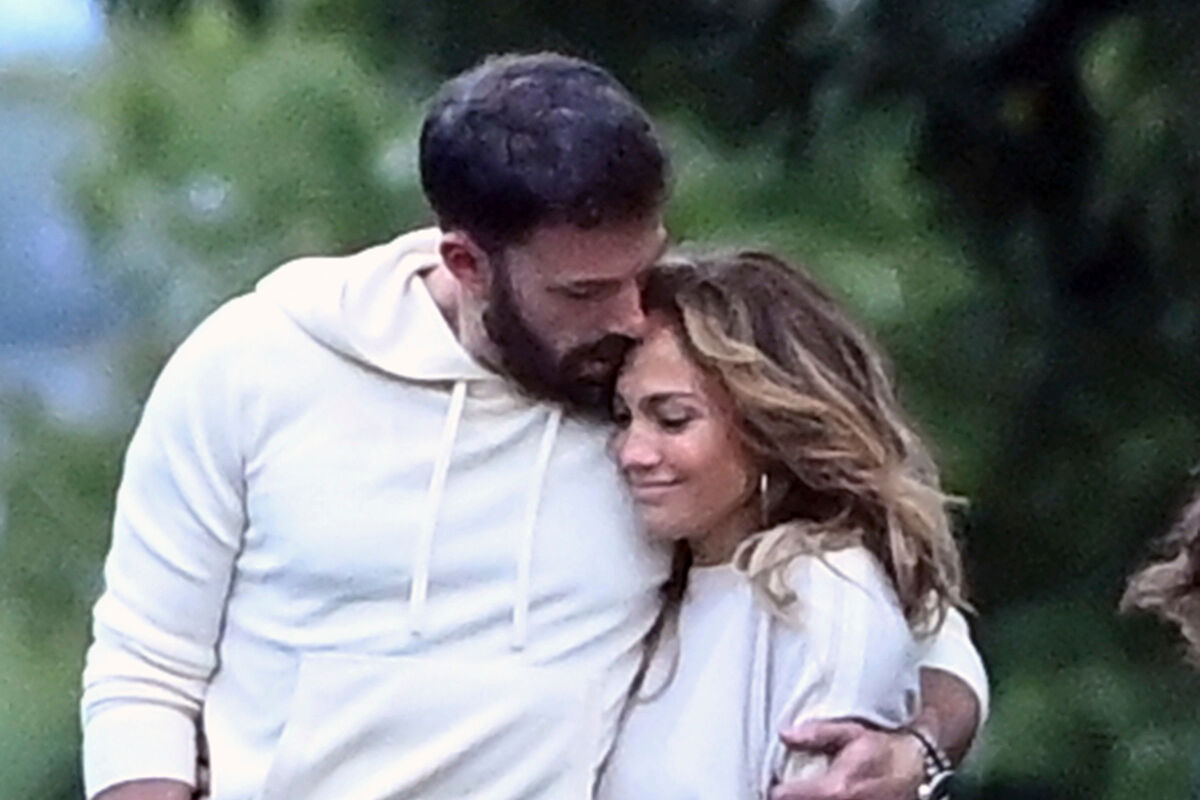 there there are people who not only meet their exes to kill time, but even fantasize about resuming the relationship. In 2015, when Adele published the song 'Hello', an interesting phenomenon occurred in England: many broken couples decided to call each other to find out how everything was going, and according to a poll by What's Your Price, a dating website, there would even be

64% of women who would consider getting back into trouble.

This is not a universal constant, and for every person who fables back with the ex, there will be many dreaming of moving to that random crossroads-proof place called Madrid. But it is this first reading, based on the Christian principle of forgiveness -or the sanchista de la concordia-, which makes us attend with emotion the reunion of one of the most glamorous couples of the century, that of

(48), eternal flirt with a shattered heart, and Jennifer Lopez (51), avatar on Earth of the goddess Aphrodite.

Affleck leaving Jennifer's house in the car in the morning, with the face of not having slept and that silly smile of who has wet

. The evidence was in sight, as in Poe's tale: the Bennifer duo was back.

It all started in 2002, after shooting a movie together in their glorious youth - Affleck was 29 years old, Jennifer 32 - and it would be great if the circle were closed with a wedding next year, the

culmination of 20 years of 'interruptus' roll

And it is that the reengagement has not been a mere heat, because there is talk of sleight of hand under the tables and an excellent relationship between Ben Affleck and Jennifer Lopez's children.

OF EVERYTHING IN 20 YEARS

In these two decades, everything has happened. When they coincided in the filming of 'Gigli', a box office fiasco released in 2003, he was single and preceded by a generous conqueror reputation, while she was still married to choreographer Chris Judd. But the spark jumped and by the summer J.Lo had the divorce on track and Bennifer was an incontestable reality, confirmed by that shot of a video for 'Jenny from the Block' - Lopez's album from the end of 2002

- in which Ben stroked her butt on a yacht.

A year later the romance led

to a wedding announcement. He gave her the ring

in Boston, at her mother's house, and the wedding was planned for the summer of 2003. In the meantime, they made another movie - 'Jersey Girl' - but things were not going well: too much pressure from gossip magazines, infidelity rumors ... Jennifer cut her losses, returned the jewelry, and goodbye Lucas.

. Each couple continued their course: Ben had three children, Lopez gave birth to twins and things seemed to be going well until they were consummated, several years later, two separate divorces: hers in 2011 and Affleck's in 2018. After maintaining a brief 'affair' 'with rapper Drake in 2016, J.Lo seemed to miss the old days, and in an interview he even confessed that he saw those fast months with Ben Affleck with a different perspective. He came to say, with a nostalgic smile, that it had not been so bad.

Surely the idea of ​​a return to the 'Hello' style was installed in his psyche, but with a WhatsApp message, a gadget unpublished in 2002. There were, however, obstacles to solve: Lopez had paired up with the baseball player Alex Rodriguez, he let her down. She had put the stone in her finger, and it was time to prepare the wedding, postponed again and again due to the pandemic - like Chenoa's - but canceled when she learned of her man's infidelity with Madison LeCroy, a second-rate actress, in the spring . The following is intuited: contact with Ben, who was also single, an old spark that ignites, weekend at a ranch in Montana, hours of shared gym in Miami ... From here, we only accept a possible outcome to this amazing carambola of destiny: either there is a wedding in 2022 or the blow will be tremendous.

Brad Pitt and Jennifer Aniston have already failed us, and we know there won't be a third chance.

'Celebs''Bennifer' or the kiss that confirms the relationship of Jennifer Lopez and Ben Affleck: and the ring for when?