The Northern Hemisphere is extremely hot! Record temperatures in many places, why do extreme weather become more frequent?

China News Service, July 10th. According to Singapore’s Lianhe Zaobao, scientists have repeatedly warned that climate change will cause heat waves to become more frequent and increase in intensity over the past few decades. This warning is now a reality not only in Canada, but also in many other parts of the northern hemisphere, making these areas increasingly uninhabitable. Data map: Recently, 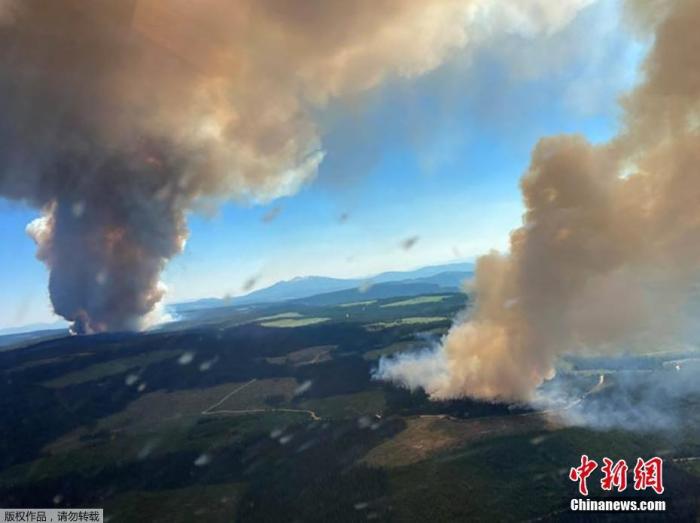 China News Service, July 10th. According to Singapore’s Lianhe Zaobao, scientists have repeatedly warned that climate change will cause heat waves to become more frequent and increase in intensity over the past few decades.

This warning is now a reality not only in Canada, but also in many other parts of the northern hemisphere, making these areas increasingly uninhabitable.

The picture shows a wildfire in British Columbia, Canada, with billowing smoke.

many parts of the northern hemisphere

According to reports, the temperature in Lytton, a small town in British Columbia, Canada, has recently soared to 49.6 degrees Celsius, the highest temperature ever in Canada.

At this time in previous years, the highest temperature in this mountainous town was generally around 25 degrees Celsius.

This unprecedented heat wave swept through British Columbia in the past week, igniting more than 240 wildfires and killing hundreds of people.

Many parts of the northern hemisphere were also hit by heat waves. Roads cracked and cables melted in the northwestern United States last week. The New York City government urged citizens not to use high-power appliances such as washing machines, dryers, and air conditioners to avoid overloading the grid.

In Russia, Moscow experienced the highest temperature in June of the calendar year on June 23, with a temperature of 34.8 degrees Celsius; Siberian farmers were busy rescuing crops under the high temperature.

The Arctic Circle is not cold at all, with temperatures reaching more than 30 degrees Celsius.

Tens of millions of people in northwestern India were affected by the heat wave. The Indian Meteorological Department said on July 7 that the capital New Delhi and surrounding cities were "severely hot", with the temperature continuously staying at more than 40 degrees Celsius, at least 7 degrees Celsius higher than usual.

Many provinces in Iraq, including the capital, Baghdad, were forced to declare July 8 as a public holiday due to the temperature soaring above 50 degrees Celsius and the collapse of the power system.

[Extreme climates are becoming more frequent, what are the reasons?

Experts said that it is difficult to determine whether the above extreme weather events are related, but it is no coincidence that multiple parts of the northern hemisphere have been hit by heat waves at the same time.

Bentley, chief executive officer of the Royal Meteorological Society, said: "The high-pressure systems we see in Canada and the United States are all driven by something called jet flow. It is a very strong wind. Above us, hovering at the height of an airplane flying at an altitude of 30,000 feet."

Bentley explained that the jet stream became bumpy, forming a cube similar to the Greek letter "Ohm", unable to move, and the high pressure lasted for several days or weeks.

Climate change is considered to be the cause of extreme weather.

Christies, a meteorologist at the British Meteorological Service, pointed out that if there is no human influence, it is almost impossible for the United States and Canada to experience such a high temperature, and it will not be so hot in June.

He estimated that if greenhouse gas emissions continue to remain high, by the turn of the century, in 2100, extreme high temperatures will become more frequent and may occur once every two years.