SVT on site in Örebro after the fatal crash

Nine people - a pilot and eight parachutists - have died after a small propeller plane had problems at the start in Örebro and crashed shortly afterwards. SVT's reporter Oskar Jönsson and photographer Cornelia Schauermann are on site in Örebro. - It takes a long time to come back after an event like this, says Oskar Jönsson. 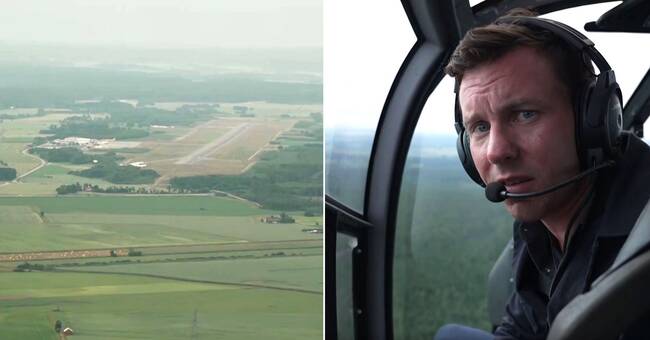 At midnight, the Accident Investigation Board arrived at the airport in Örebro.

During the night, interrogations began with staff in the air tower, some of the few witnesses to the accident who can tell what they saw.

- Now a large investigation is underway, it is really now that it begins, says SVT's reporter Oskar Jönsson on site in Örebro.

The accident must have been very fast and must have happened right after the start.

During the morning, a so-called accident site investigation was initiated.

- Then you go through the wreckage that exists to try to form an opinion about what has happened.

But this work takes time, we know that from the accident in Umeå.

- You recognize the atmosphere from the accident in Umeå.

I was there then and remember the sadness and shock that befell Umeå.

Many of those on that plane were younger.

It became so obvious that it affected a lot of people and it takes a long time to come back after an event like this.