South Sudan, the youngest state in the world, is a battered country. On July 9, 2011, the hope aroused by its independence, wrested after decades of struggle, was immense. Ten years and a war ... 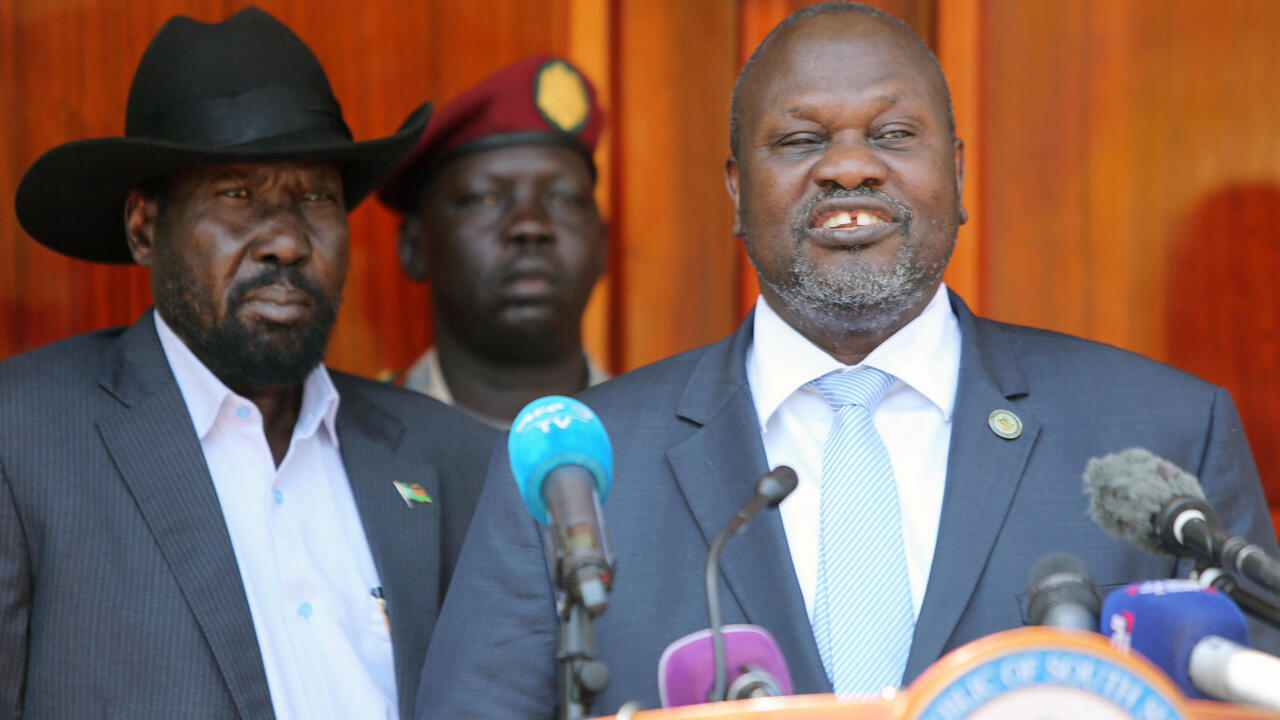 South Sudan, the youngest state in the world, is a battered country.

On July 9, 2011, the hope aroused by its independence, wrested after decades of struggle, was immense.

Ten years and a civil war later, the country is experiencing one of the worst humanitarian crises in the world.

A cross around the neck, green and black scarf on her head, Tireza Sima looks sadly through the window of the military hospital in Juba. On May 10, in the middle of the night, his house was attacked near Wonduruba, in the state of Central Equatoria. One bullet hit his right foot, another hit his 9-year-old son. First taken to the local health center, devoid of trained staff and drugs, she was left without appropriate care for more than 8 days, before being taken in by the International Committee of the Red Cross (CICIR). Only 40% of healthcare structures are operational in this country, young but already ravaged by a long civil war, and where, despite the signing of a new peace agreement in 2018, the UN still qualifies the degree of insecurity as "

It didn't take long for the leaders of South Sudan to sacrifice promises of independence on the altar of their infighting for power.

, the two enemy brothers, drag their country into a bloody conflict.

The peace agreement signed in 2018 certainly allowed a ceasefire between the two main belligerents in the civil war. But many parts of South Sudan remain ravaged by localized conflicts. In places, the violence has even intensified since 2018. This is particularly the case in the state of Central Equatoria, where the rebellion of former General Thomas Cyrillo - who rejected the peace agreement - faces government forces and those of

for more than two years

fed by the country's elite, even in the capital in order to advance its pawns in the political game

, ”said a diplomatic source. All this against a backdrop of the proliferation of weapons despite the embargo in force in the country.

": the price paid by civilians is immense and regularly denounced by the United Nations.

In 2020, still a quarter of the gunshot wounds treated by the ICRC in South Sudan were women and children.

In this more than uncertain context, the prospect of

and postponed to 2023 is causing concern.

The last election in the country was in 2010.

The situation is even worse than 10 years ago

The situation is even worse than 10 years ago

Before independence, the political context was suitable for building a South Sudanese state, because there was a form of national consensus, which no longer exists today. So not only do they have to go back even further than ten years ago to build a State, but the political context does not really lend itself to it,

Our leaders stabbed us in the back,

We fought for independence in the hope of having better schools, better roads, better hospitals, more freedom of speech and to be able to manage our resources ourselves. We wanted to end corruption. But nothing has changed, it's even worse. Every year millions and millions of public funds disappear. It's a betrayal

In a report published last September, the UN Commission on Human Rights on South Sudan put forward the figure of nearly $ 36 million stolen by politicians and members of the government since 2016. The country, which derives most of its resources from oil, is ranked 179 out of 180 according to the latest corruption index from the NGO Transparency International.

We have no transparency on oil revenues, or on the execution of the state budget

The agreement signed in 2018 was supposed to lay the foundations for a rebuilding of South Sudan.

But its application is progressing slowly.

Parliament was "reconstituted" in May,

more than a year late, according to a composition that had been negotiated between the signatory parties. Its members will be sworn in this Friday, Independence Day. A commission on constitutional reform was also launched at the end of May, with the task of discussing a possible decentralization of power and the modalities of the elections. But the crucial building site of a “unified” army, which must bring together the armed forces that fought each other during the civil war, is almost at a standstill, notably for lack of funding. In the 18 training centers installed in the country, supposed to train the soldiers of this future army, the living conditions, more than precarious, caused mass desertions. The graduation ceremony of the first class, constantly announced, has not yet taken place.Added to this is the thorny question of the division of command, still under discussion. "

We are told that there is a plan to reorganize the army but we have not seen it,

There is no political will.

It's a game of mistigri.

They know how to please their international partners, and during that time the country is on a drip and the corruption continues.

It's business as usual,

One of the most serious humanitarian crises in the world

The South Sudanese state is "

a scaffolded system of military and internal security institutions that watch and terrorize its people, with a parasitic elite holding the international community hostage so that it can provide basic services. to its people

Because in the meantime, under the cumulative effect of armed violence, inflation, climate change and

, the country continues to sink into one of the most serious humanitarian crises in the world. world. According to Unicef, 8.3 million South Sudanese are in need of humanitarian assistance, a number much higher than during the civil war. According to the UN, the country is also currently facing its highest level of food insecurity since independence: more than 7.2 million people, or 60% of the population, are in a situation of "

It's a colossal failure

", Admits a diplomatic source not without a hint of"

"in the face of the disappointed hopes of this independence.

Tireza Sima, now recovered from her foot injury, hopes to soon return home to Wonduruba to her 9-year-old son who has hardly ever known peace.

Her husband was killed in 2016 at the height of the war.

In 2011, she voted for independence like nearly 99% of South Sudanese.

If it had to be done again today, I would vote against,

” she says on her hospital bed.

We voted for freedom, but in fact it's even worse than before,

Despite his disappointment, activist Michael Wani has another analysis: “

I would vote for again.

Because if there's one thing I'm proud of, it's that today we have a country,

Our leaders will eventually leave, but South Sudan will stay.

* Clémence Pinaud is the author of

War and Genocide in South Sudan